Broadscale Group said James E. Rogers, the former chairman, president and CEO of Duke Energy, has become a senior advisor to the firm.

Rogers served as a CEO in the electricity and natural gas industry for more than 25 years, one of the longest tenures of any leader in the industry. Over that period, he delivered an average total shareholder return of more than 12 percent per year by focusing on sustainable growth, stakeholder engagement and finding business solutions to environmental challenges. 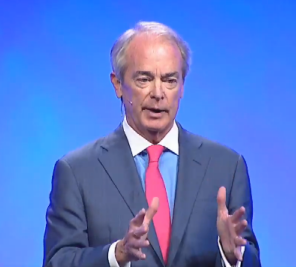 He has served more than 50 cumulative years on the boards of directors of eight Fortune 500 companies and is currently a director of Cigna Corp. and Applied Materials Inc.

During his tenure as CEO of Duke Energy, Rogers oversaw the acquisition in 2012 of Progress Energy. Rogers became CEO of Duke following the merger between Duke and Cinergy in 2006. Before the merger, he served as Cinergy’s chairman and CEO. Prior to the formation of Cinergy, he joined PSI Energy in 1988 as the company’s chairman, president and CEO.

“We are honored and excited to have Jim Rogers join us,” said Andrew L. Shapiro, Broadscale’s founder. “No other industry leader has been more thoughtful, outspoken, and influential regarding the changes that are needed to take our energy system into the 21st century. Having known and worked with Jim for a decade, I also know how passionate he is about making that change a reality.”

“I am delighted to be working with Broadscale on its mission of scaling up the many emerging technologies that will ultimately accelerate the transformation of the power sector. This will create value for customers and investors around the world,” said Rogers.

How utilities can improve their decarbonization strategies for 2022 and beyond