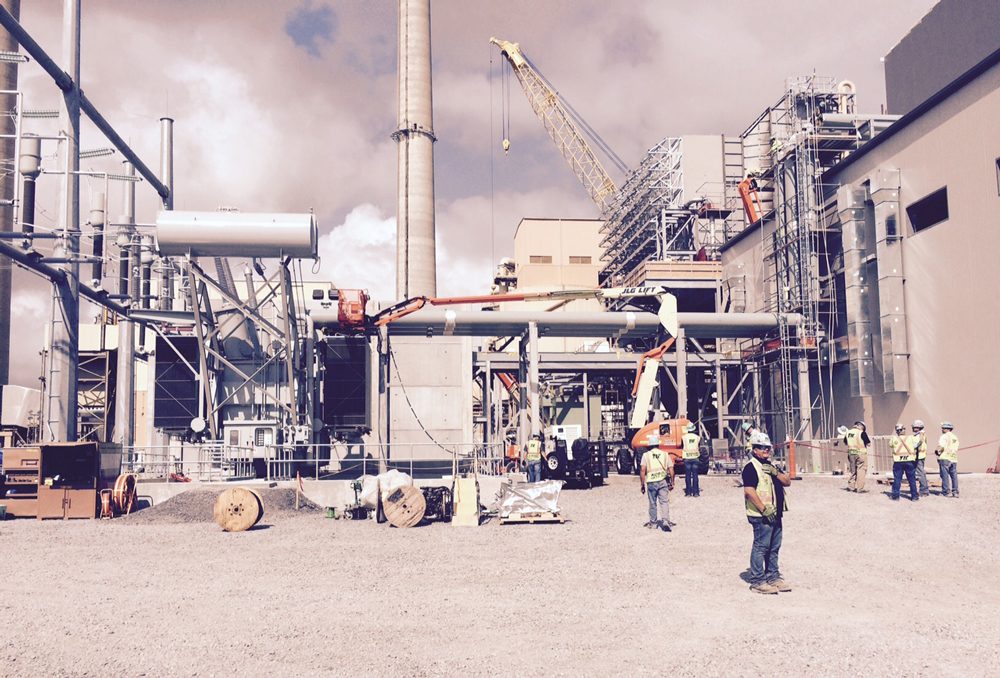 A milestone along the Grand River Dam Authority’s path to construct a highly-efficient combined cycle gas generation plant was achieved on Tuesday at the Grand River Energy Center, east of Chouteau.

GRDA successfully completed the “first fire” of the natural gas combustion turbine which spins at the heart of Unit 3 of the 495 MW facility. That first fire is one of the important steps in the commissioning process for the new unit, which is expected to begin operations in early summer.

“I am pleased to announce that the “Ëœfirst fire’ of the combustion turbine was a success this morning,” GRDA CEO Dan Sullivan wrote in a memo to the GRDA board and employees. “This is an exciting day for GRDA and its customers.”

That turbine, an MHPSA M501J model, was constructed in Savannah, Georgia, and is the first of its kind to be deployed in the Western Hemisphere. It will be fueled by Oklahoma natural gas has the potential to make Unit 3 the most efficient combined-cycle generator in the entire United States when fully operational.

A combined-cycle generator produces electricity in two ways: first, natural gas is used to fuel a combustion turbine-generator and then, heat from that process is recaptured and used to produce steam to turn another steam turbine-generator.

GRDA broke ground on the Unit 3 project in January 2015. Since that time, hundreds of contractors have been on-site to help GRDA construct its first new generation plant since the coal-fired units (located at the same site as the combined cycle plant) were completed in the early 1980s.

According to a 2015 study by the Oklahoma Department of Commerce, GRDA’s construction of Unit 3 has helped the GRDA pump about $1 billion into Oklahoma’s economy during the first two years of construction. Long term, the efficient, abundant and reliable power produced by Unit 3 will continue to support the Oklahoma economy, and provide electricity to GRDA ratepayers, for decades to come.

Headquartered in Vinita, Oklahoma, GRDA is a state-owned electric utility; fully funded by revenues from electric and water sales instead of taxes.