The Newark Energy Center will provide electricity for northern New Jersey and the regional power grid — enough to power more than 700,000 homes.

According to Hess Corp., the plant will be situated in an electrically congested area of New Jersey where significant transmission constraints exist. 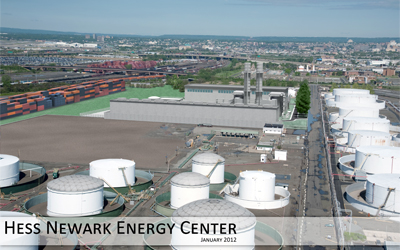 By producing energy from natural gas and using advanced emissions control technology and highly efficient turbines, the Newark Energy Center will operate as one of the cleanest plants of its kind in the U.S.

When completed, the Newark Energy Center will enhance grid reliability and provide critical energy at a time when many older plants are retiring due to environmental restrictions, according to Hess Corp. The project has been in the planning phases for about half a decade.