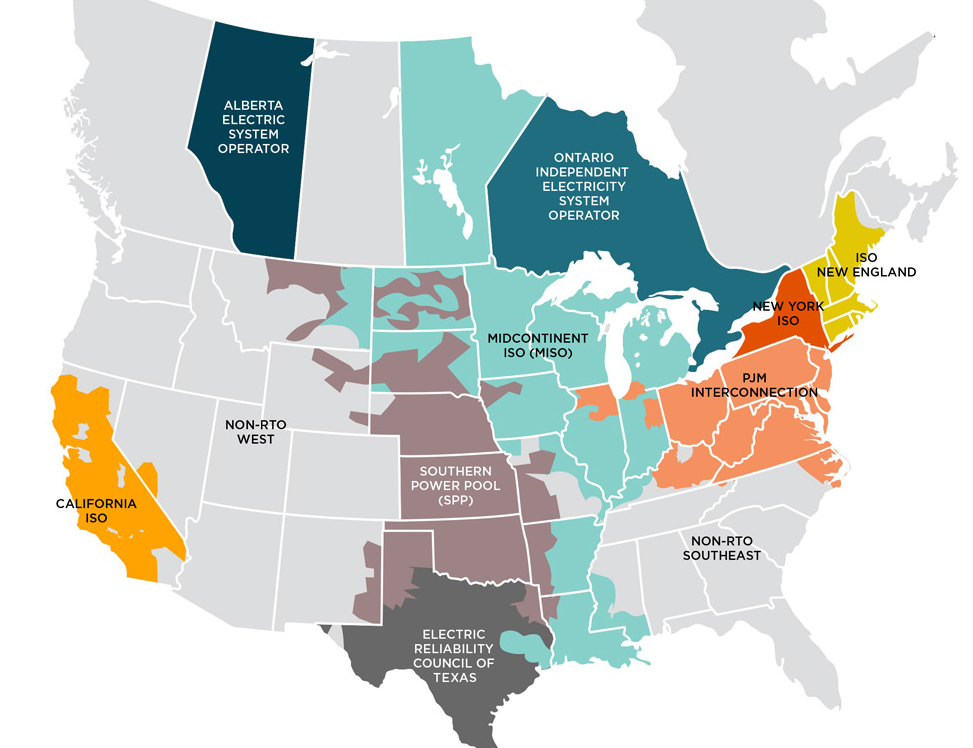 ISO-New England delivered a grid resiliency report to federal regulators that may not directly concur with Energy Secretary Rick Perry’s call for price supports for coal and nuclear energy, but it certainly shares many of his gravest concerns over a future grid devoid of on-site stored fuels.

In one of the first reports sent by regional transmission organizations/independent system operators (RTO/ISO) expressed a warning that mass retirements of coal and nuclear energy were going to put the grid under dangerous future strain. Renewables and energy efficiency efforts can help mitigate that danger, the ISO-NE report noted, but it would take massive investment, infrastructure and also importing of additional capacity to stave off potential load shedding and other unwanted actions.

“The increasing shift away from generators with on-site fuel to natural gas-fired generators relying on “just-in-time” fuel-delivery infrastructure (or to generators using inherently variable fuel, in the case of wind and solar),” the report delivered Friday to the Federal Energy Regulatory Commission (FERC), “has further exposed the limitations of New England’s existing fuel-delivery system and heightened the region’s fuel-security risk, particularly during the winter.”

“As with all transitions, there have been market winners and losers,” FERC Commission Cheryl Lafleur wrote in her January 8 concurring opinion. “Resource turnover is a natural consequence of markets, and the reduced prices that result from greater competition are a benefit to customers, not a problem to solve, unless reliability is compromised.”

ISO-NE’s report indicates that compromise is entirely possible. It does not mention Perry by name, but does echo his concerns that coal and nuclear plant retirements are putting power delivery at risk. Several hard winters have revealed those vulnerabilities, the organization warned.

It also noted that the generation mix has been altered dramatically over the past 18 years. Oil- and coal-fired power plants produced 40 percent of New England electricity in 2000 and natural gas only 15 percent, according to the report. Sixteen years later, gas-fired generation rose to 49 percent of the mix, while coal and oil dropped to 3 percent despite still accounting for 30 percent of the region’s total capacity.

ISO-NE noted that the region is not a sizable natural gas producer and most of the fuel is transported by pipeline and other methods. It detailed several future scenarios with a varying degree of gas-coal-renewables, but none offered fool-proof resiliency as the portion of gas-fired capacity continue to rise due to low prices and historic coal and nuclear plant retirements.

“Specifically, the OFSA (operational fuel security analysis) found that energy shortfalls due to inadequate fuel supply would occur with almost every fuel-mix scenario in winter 2024-2025, requiring frequent use of emergency actions to full meet demand or protect the grid,” the ISO-New England report reads.

PJM Interconnection, Midcontinent Independent System Operator and other RTOs/ISOs also are delivering the requested resiliency reports to FERC. Excerpts of those reports will be added to follow-up stories.

The region’s massive $1 billion investment in energy efficiency, a growth in offshore wind power and the addition of customers’ behind-the-meter solar photovoltaic is helping mitigate the fuel security issue. It will take much more to avoid the damage under worst-case scenarios, according to the report.

“It will not allow the region to significantly reduce the current need for on-site storage fossil fuels, or supplant the need for enhanced fuel infrastructure absent a much greater investment in renewable resources along with substantial advances in storage technologies and significant investment in transmission infrastructure to move the power to consumers from the weak-grid areas of the system where half of the proposed wind resources would be sited,” ISO-New England wrote.