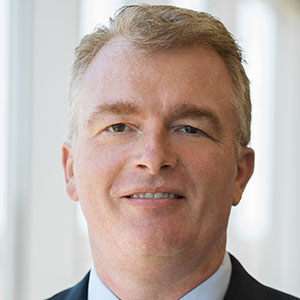 Paul Browning, CEO of Mitsubishi Hitachi Power Systems Americas, will taking on an expanded role with the global turbine and power plant equipment and services company as a leader in its Europe, Middle East and Africa (EMEA) operations.

MHPS announced Wednesday that Browning was appointed in April to Chief Regional Officer of the Americas and co-Chief Regional Officer of Europe, the Middle East and Africa. He will continue to lead the businesses headquarters in North and South America as well as work with executives and management teams to coordinate strategic planning, brand management and other goals in the other regions.

“In addition to skilled leadership and outstanding market growth at MHPS Americas, Browning brings extensive global leadership experience in distributed and centralized power generation, as well as in North American midstream and downstream oil and gas operations,” MHPS President and CEO Ken Kawai said in a statement. “We look forward to the contributions he will make in his new additional role in the Americas, Europe, the Middle East and Africa.”

MHPS was created as a joint venture with Hitachi beginning in 2014. The company will soon be known solely as Mitsubishi Power after acquiring Hitachi’s stake in a deal announced earlier this year.

Hitachi is shifting more into the power grid space with its acquisition of ABB’s business in that sector.

MHPS is known for manufacturing gas-fired and steam turbines and generators for the fossil power market. The Japanese firm is moving deeper into alternative energy research, including hydrogen-based power generation.

Brown has long touted these moves, including in an interview at POWERGEN International in 2018.

“The power industry is undergoing rapid change,” Browning said in the statement released Wednesday. “No other company is as broadly positioned as MHPS to serve the mega trends of decarbonization and advancing human prosperity in the EMEA region. Together with our local leadership and our customers, we will create a Change in Power.”

Browning has led MHPS Americas since 2016. Prior to joining MHPS he served in leadership roles for Caterpillar, Solar Turbines and Irving Oil. He started his career at GE.