The Plant Vogtle nuclear power plant project has increased the business and operating risk profile of the three utility partners in the project, Georgia Power Co., Oglethorpe Power Corp. and MEAG Power, according to Moody’s Investors Service. However, all three have thus far been able to manage these pressures and maintain their overall credit profiles.

Higher costs and schedule delays at the project have been credit negative for all three utilities, according to the Moody’s report titled “Vogtle Nuclear Project Highlights Credit Strengths and Weaknesses of Three Electric Utility Business Models.” 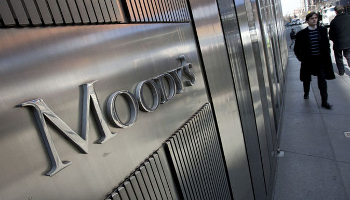 So far, each utility has been able to deal with the capital spending, cost increases and schedule delays in ways reflective of their different business models.

Georgia Power, an investor-owned utility, has been able to rely largely on continued state regulatory commission support for full and timely project cost recovery, according to Moody’s.

Supporting the credit quality of Oglethorpe, a cooperative, is the autonomy it has to set rates and the fact that a large majority of its 38 member-owner distribution cooperatives have committed to the Vogtle project. All 38 are jointly and severally liable to pay all of Oglethorpe’s costs.

MEAG Power, in turn, a public power utility, has mitigated some of the Vogtle project risk by entering into 20 year take-or-pay power sales contracts for about two-thirds of their share of the plant’s output.

The partnership among the three Georgia utilities and the diversification of the risks and costs arising from their mutual participation are also helping to support each utility’s credit profile during construction, says Moody’s.

Large and complex, the Vogtle nuclear construction project currently underway is building two new, first of a kind, nuclear generating units, (Vogtle Units 3 and 4), each with about 1,100 MW of capacity, at an existing nuclear plant site near Waynesboro, Georgia.

The original cost of the project was about $14 billion, with each owner being severally (and not jointly) responsible for its proportionate share. The projected cost has increased to about $15.5 billion following some recently announced cost increases and schedule delays.