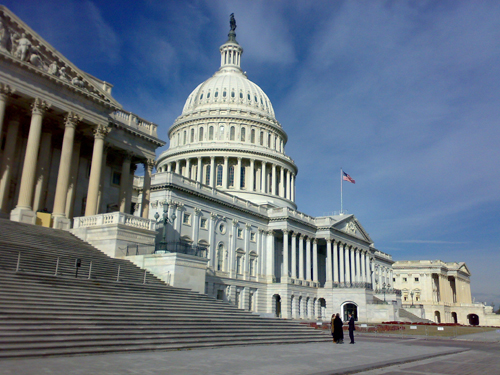 Travis Kavulla, president of NARUC, testified in a hearing called by the Republican House. He said that the EPA’s much debated CPP, which is currently under a stay while awaiting legal arguments in federal court, will force a historic shift in how utilities are handled. The proposed new rules also pick winners on the clean energy front, favoring renewables over nuclear power.

It could also upend the traditional economics of the power supply market, he added.

“The implementation of the Clean Power Plan probably will have the semblance of a political compromise that involves creating a carbon resource plan where politically favored power plants are brought online either through a direct mandate of a state plan, or in exchange for emissions reduction credits or similar instruments created by regulatory fiat and which other generators are required to obtain,” Kavulla said, according to a transcript of his testimony.

“The production of those new power plants then will increase supply in the competitive markets, suppressing the market clearing prices that all resources rely upon for their continuing operations, including other clean energy resources that were previously constructed but which do not obtain credit from the EPA for Clean Power Plan compliance,” he added. “If this sounds complicated, let me assure the subcommittee: It is.”

Several utilities that own nuclear power plants have committed or promised to close those plants due to trouble competing with lower-cost or subsidized sources such as natural gas, solar or wind. Nuclear, for instance, does not emit carbon in power generation but has a high capital cost in construction and operation and is not included in associated CPP incentives.

The GOP-controlled house and numerous Republican-led states are challenging the CPP in Washington D.C.’s federal appeals court. Kavulla’s own Montana is among those 24 states that say the EPA is creating an unprecedented and uneconomic power grab for the agency. The CPP calls for state’s power generators to reduce carbon output 32 percent from 2005 levels by 2030. Montana itself is expected to cut emissions by 47 percent, one of the highest reductions nationally, according to reports.

California, Illinois and cities such as New York and Philadelphia, among others, are countering the opposition to the EPA’s proposed rules. Even some utilities, such as Dominion Resources, have filed documents supporting the plan.

Kavulla’s testimony acknowledged the variety of opinion among the nation’s power industry. However, he said, the CPP “overtakes” the traditional role of state oversight in these matters.

“The importance of this state planning expertise is not merely an opinion; it is the foundation of the long-standing legal framework of our country’s electric power sector, which establishes a bright line between the federal and state jurisdiction over generation of electrical energy,” his testimony reads. “While my association has periodically disagreed with the Federal Energy Regulatory Commission—our counterpart on oversight of the power sector—that agency’s actions have usually been undertaken in a spirit of cooperative federalism.

“The same cannot be said of the EPA,” Kavulla added. “While the agency deserves credit for its outreach to state utility commissions, it has through the Clean Power Plan largely supplanted them as the institution responsible for determining what resource mix best serves the public interest.”

Wednesday’s hearing before the House Subcommittee on Energy and Power focused on reviewing EPA’s regulatory activity during the Obama Administration. A memo by the subcommittee estimated that the EPA has published 3,900 final rules in the Federal Register since 2009.

“All told the new EPA regulations issued since 2009 are adding to thousands of existing rules and restrictions already issued by the agency,” the memo reads.

CPP supporters have countered that new rules will benefit the health and economic well-being of U.S. residents. It also spurs economic investment that will make the U.S. more competitive globally, some supporters say.

A legal brief filed in March by the National Resource Defense Council, Sierra Club and other CPP defenders argued that the plan’s detractors misrepresent the proposed rule.

“In fact, the Rule reflects the predominant approach to reducing power plant CO2 emissions employed by companies and states across the country,” reads the March brief filed in the D.C. Circuit Court of Appeals. “The record shows that industry trends predating the rule are driving cleaner electricity generation, moderating electricity demand, and reducing use of old, uneconomical coal plants.”

Wednesday’s hearing also heard testimony from Janet McCabe, acting assistant administer for the Office of Air and Radiation in the EPA. Her testimony was unavailable by press time, but last year she listed several supporting points in President Obama’s Climate Action Plan.

On Wednesday, Kavulla said states were already making substantial progress on emissions reduction before the EPA stepped in.