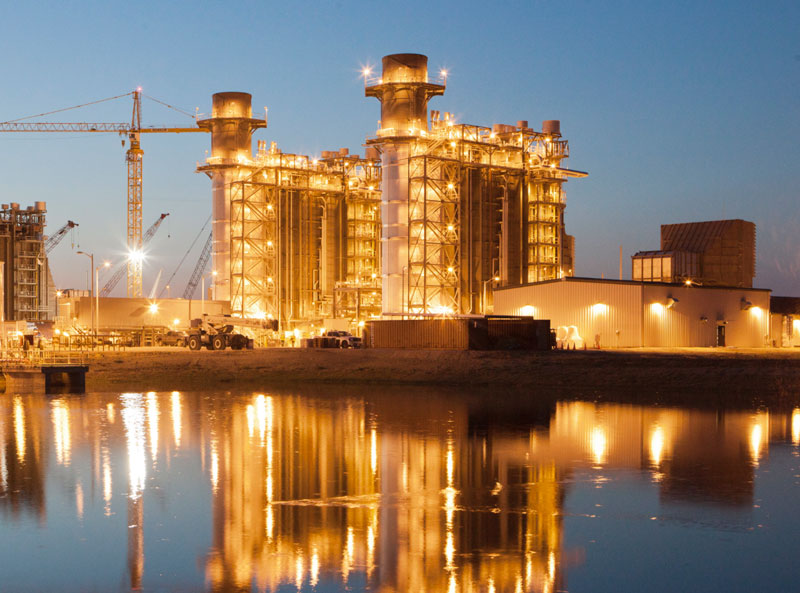 The Southern Power Co. unit of Southern Co. is nearing final decisions from the Texas Commission on Environmental Quality for issuance of two air permits that would authorize construction of the Jackson County Generating Facility, which is a 920 MW, gas-fired peaker.

The plant property is located south of Lundquist Road at the intersection of Texas County Road 710 and Lundquist Road at Ganado in Jackson County. This application for the permits was submitted to the TCEQ in July 2014, the commission said in a Feb. 10 public notice that was posted to its website on Feb. 12.

The commission’s executive director has determined that the emissions of air contaminants from the proposed facility which are subject to review will not violate any state or federal air quality regulations and will not have any significant adverse impact on soils, vegetation, or visibility.

All air contaminants have been evaluated, and “best available control technology” will be used for the control of these contaminants. The executive director has completed the technical review of the application and prepared a draft permit which, if approved, would establish the conditions under which the facility must operate.

A public meeting on this permitting is to be held March 22 in Ganado.

The project will consist of four natural gas-fired simple-cycle combustion turbines, five fuel gas heaters, and a firewater pump engine. The turbines planned for this project are the Siemens F5 model, each with a nominal maximum gross electric power output of about 230 MW, totaling a nominal 920 MW.

The available NOx control technologies for simple-cycle turbines are selective catalytic reduction, dry-low NOx, or ultra-low NOx combustors, water injection, use of clean fuels, and good combustion practices. Southern Power is proposing to use DLN burners to control NOx emissions to 9.0 parts per million volume dry (ppmvd) at 15 percent oxygen, on a rolling three-hour average for these simple cycle peaking turbines which will operate 2,500 hours per year at baseload for each turbines.

Southern Power proposes DLN burners and good combustion practices to control carbon monoxide emissions from the simple cycle turbines to 9 ppmvd at 15 percent O2 for all loads of operation.

Another Southern Power project has also been going through permitting.

This is not the only recent forward progress for a Southern Power project in Texas. Southern Power is getting close to TCEQ-issued air permits on the Trinidad Generating Facility. The project site is located east of Highway 274 and west of Forehand Road, about 0.75 miles north of Highway 31 at Trinidad in Henderson County, said the commission in a Dec. 10 notice posted to its website on Dec. 14. This application was submitted to the TCEQ on Dec. 23, 2014.

The facility will consist of a Mitsubishi Heavy Industries 501J model gas-fired combustion turbine nominally rated at 497 MW, equipped with a HRSG and duct burners (DBs) with a maximum design capacity of 402 million British thermal units per hour (MMBtu/hr). The gross nominal output of the CTG with a HRSG and DB is 530 MW. The auxiliary boiler will have a maximum heat input of 110 MMBtu/hr and will be limited to annual operations of 1500 hours/year. The 160-hp diesel fired fire water pump will be limited to 100 hours of non-emergency operation per year.