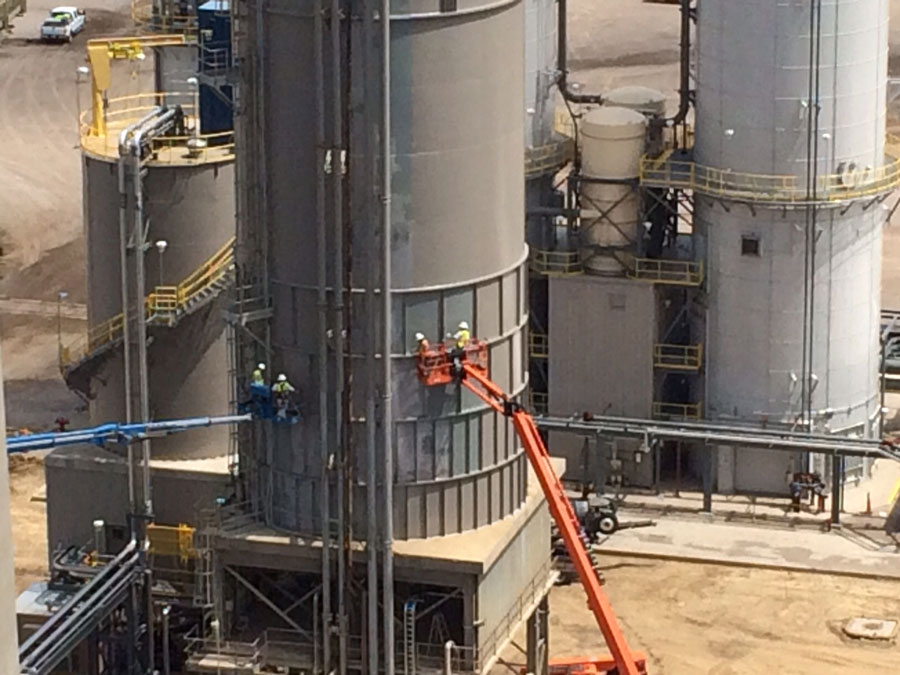 U.S. electricity power producers have reduced carbon dioxide emissions by 24 percent since 2005, according to a new report from Carnegie Mellon University’s Scott Institute for Energy Innovation.

The new index estimated that emissions from the American power generation sector totaled about 1,001 pounds of CO2  per MWh in 2016’s fourth quarter. Short-term, it was surprisingly  a 1 percent increase over the same period of the previous year—possibly due to a slight coal comeback—but nearly a quarter lower than in 2005, when emissions averaged 1,324 pounds of CO2  per MWh.

“The Carnegie Mellon Power Sector Carbon Index highlights what is taking place in the industry as older, inefficient coal-fired power plants have been replaced with renewables and highly efficient natural gas power plants,” said Paul Browning, CEO of Mitsubishi Hitachi Power Systems Americas, which sponsors the index. “Power generators are making significant strides in reducing carbon dioxide and other emissions, while at the same time meeting growing demands for affordable and reliable electricity.

The Carnegie Mellon Power Sector Carbon Index will measure the environmental impact of the U.S. power grid by evaluating both on an annualized basis and dating back to 1990, according to the release.

“The pace of change in the index is varying, because the speed at which we are adding new, lower carbon capacity increased —that’s a great thing for de-carbonization, but we are still a long way from the large levels of de-carbonization that are needed,” said Inàƒªz Azevedo, associate professor of engineering and public policy at Carnegie Mellon University, in the release. “We look forward to the day where we can report that we are 50 percent below the levels of 2005.”

The report found that more than half of the reduction in Co2 emissions since 2005 occurred because of the industry shift from coal to natural gas-fired generation. Natural gas emits only about half of the carbon that coal does, and the emissions intensity of the gas fleet itself has fallen by 17 percent since 2001 thanks to greater turbine efficiency and operating schedules.

Coal, however, mounted a bit of a rally in 2016, according to the results of the report. Coal generation was up by 12 percent in the fourth quarter, or 305 million MWh, compared to 2015’s final quarter total of 273 million MWh. But the carbon intensity was down 2 percent over the same period, the same reduction that the U.S. gas-fired fleet achieved, the index reported.

Natural gas generation, credited as the reason behind carbon reductions, was down 9 percent in 2016 to 294 million MWh, compared to 322 million MWh in the fourth quarter of the previous year.