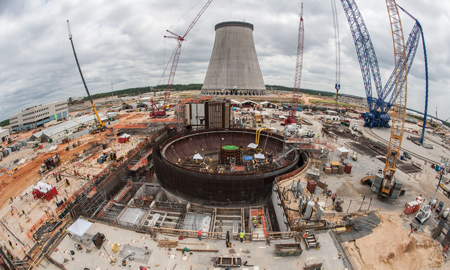 Georgia Power completed the settlement process between the co-owners (Georgia Power, Oglethorpe Power Corp., the Municipal Electric Authority of Georgia and Dalton Utilities) of the Vogtle nuclear expansion and the project’s contractors, Westinghouse and CB&I.

The agreement settles all claims currently in litigation with the contractors, reaffirms the current in-service dates, adds additional contractual protections and positions Westinghouse and its affiliates as the primary contractor over the project.

“This settlement is extremely positive for the Vogtle expansion,” said Buzz Miller, executive vice president of nuclear development for Georgia Power. “The project is more than halfway completed based on contractual milestones with all parties focused 100 percent on project execution.”

Construction of the new units near Waynesboro, among the first to be built in the United States in more than three decades, is progressing well with current in-service dates of June 2019 for Unit 3 and June 2020 for Unit 4.

In tandem with the completion of the settlement process, it was also announced Monday that Westinghouse has contracted with Fluor Corp. to manage the construction workforce at the Vogtle expansion site.