More
Home News Amazon to purchase energy from wind farms in Ireland, Sweden and US 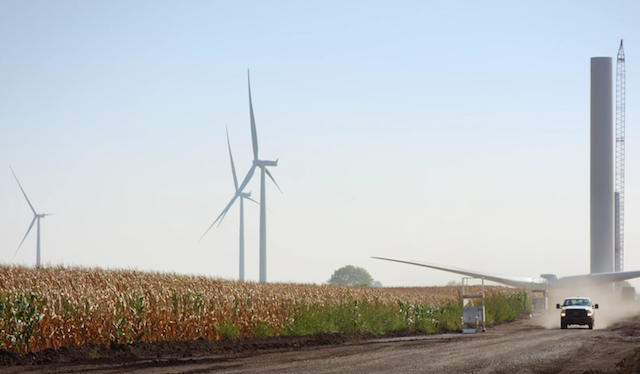 “Each of these projects brings us closer to our long-term commitment to use 100 percent renewable energy to power our global AWS infrastructure,” said Peter DeSantis, Vice President of Global Infrastructure and Customer Support, Amazon Web Services.

Beyond the sustainability initiatives focused on powering the AWS global infrastructure, Amazon recently announced Shipment Zero, which is Amazon’s vision to make all Amazon shipments net zero carbon, with 50 percent of all shipments net zero by 2030.

Additional sustainability programs across the company include Amazon Wind Farm Texas, which adds more than 1 million MWh of clean energy each year. In total, Amazon has enabled 53 wind and solar projects worldwide, which produce more than 1,016 MW and are expected to deliver over 3,075,636 million MWh of energy annually.

These projects support hundreds of jobs, while providing tens of millions of dollars of investment in local communities. Amazon has also set a goal to host solar energy systems at 50 fulfillment centers by 2020. This deployment of rooftop solar systems is part of a long-term initiative that will start in North America and spread across the globe. Amazon also implemented the District Energy Project that uses recycled energy for heating Amazon offices in Seattle.