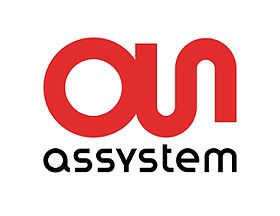 French nuclear engineering company Assystem has won a deal for the supervision of the construction of Turkey’s first nuclear power plant.

The Akkuyu plant is to be built by Akkuyu Nukleer, part of Russian state-owned Rosatom and when complete will have a capacity of 4.8 GW. It will run on four of Rosatom’s version of the pressurised water reactor.

In April 2018, the Turkish Atomic Energy Authority gave the go-ahead for the first unit, and Assystem will over the next six years provide site inspection on all structures, systems and components.

Assystem chief executive Stàƒ©phane Aubarbier said: “We are proud to be contributing to the future of the nuclear industry by supporting the supply of decarbonised energy in Turkey. The project complements Assystem’s commitment to the development of nuclear energy worldwide as we are convinced that this energy is to play an ever most important part in the world’s use of carbon-free energy in the future.  We always strive to make nuclear programmes successful, more competitive and safer across the globe and this is an illustration of this constant effort.”

There will be a special focus on nuclear power at POWERGEN Europe in Paris later this year.