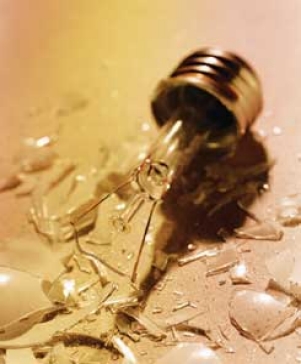 WPS defines outage management as receiving emergency work orders, dispatching crews and making repairs. The company serves more than 437,000 electric customers and 317,000 natural gas customers. Its emergency work, therefore, can range from power outages and wires down to gas emergencies and large gas “dig-ins.” Managing these orders through technology underpins outage management at WPS, along with constantly reviewing and critiquing the process by which it handles outage management. The WPS process involves gathering emergency orders, analyzing what the utility is facing in the field, prioritizing work, and sorting orders to efficiently dispatch crews to restore service in a timely manner.

The utility receives emergency work orders in one of three ways:

1) Through its integrated voice response (IVR) system,
2) From a customer service representative, or
3) Through its website.

Once on the scene, WPS requires its crews to call not only when they arrive at the outage’s location but also when they close the order. As they close out the order, the WPS crews also answer a list of questions asking what they found at the scene. The answers help WPS track items such as what type of equipment is failing or what trees need to be trimmed. WPS also uses these on-scene reports from crews to compile its outage information for the public service commission, which looks at data including average response time, worst performing circuits and average length of outage. On average, WPS restores power during a typical storm in about two hours.

Among the enhancements WPS has made to its outage management practices during the last four years was automating the method by which dispatchers call back customers inquiring about an outage. Previously, WPS handled these calls one at a time. WPS customers are now able to report outages online via its website. They receive an email, text or phone message with the outage’s status. Another improvement was the addition of outage management software (OMS).

“An OMS is a tool to quickly and effectively identify outages and pinpoint fault locations to facilitate an immediate response by utility personnel,” said Joel Hoiland, Utilimetrics’ chief executive officer.

It can calculate and retain in its history the service quality indicators (SQIs), such as the time it takes for a utility to answer a customer phone call, he said.

The WPS outage management team, which is a steering committee of about a dozen field and staff leaders who work on processes for handling storms and storm management, calculated that an additional 10 to 20 percent of the utility’s resources were being used to respond to customers via manual methods. For example, prior to implementing the OMS, WPS had to call its customers to verify that their power was restored. In terms of staff, the utility required five to 10 additional WPS employees per storm event just to handle telephone outreach to customers in the wake of an outage.

Having the OMS technology in place means some of those people who in the past staffed the phones can now be sent out to conduct damage assessments and determine what’s actually occurring in the service area. Other employees who WPS tapped for telephone work have been added to help with other outage management processes. The OMS also enables WPS to ping meters across its service area in northeast and central Wisconsin as well as an adjacent portion of upper Michigan.

The OMS has helped WPS speed up customer response and ping meters for trouble, but the utility says a new callout system made by ARCOS Inc. has improved the speed with which it assembles repair crews. Before implementing its new callout system in 2010, WPS relied on a dialer system for callout. The dialer system forced dispatchers to talk to every person who answered a call directed to a crew member. For instance, if the number the old dialer system called was a home phone, and a lineman’s spouse answered the call, the dispatcher could spend precious seconds speaking to that person even though the lineman wasn’t at home. The dispatcher would then hang up and point the dialer to make another call to the lineman’s next device on record. WPS says hours were wasted trying to assemble a crew because of the time it took to reach available line personnel.

The callout software assembles emergency response teams when trouble strikes by automatically calling hundreds of crew members in seconds, while taking into account a complex set of pre-determined union workforce rules and regulations. The system delivers WPS real-time intelligence on: a crew member’s location, response time, skill level and restoration time. If a customer reports an emergency to WPS’s call center, the OMS generates a repair ticket. In addition, a dispatcher can use the callout software to assemble a crew in seconds to respond to that emergency. A dispatcher can choose to radio an emergency response team already in the field or broadcast a message via the callout system to all crews regardless of their location.

With ARCOS, the utility’s dispatchers who are normally on hand can initiate the automated callout and, then, when a crew has accepted the work order, they can contact the utility’s war room. More importantly, while the callout software is automatically calling line personnel, dispatchers can focus on other outage-related tasks.

The WPS outage management team’s steering committee meets once a quarter to discuss issues, trends and new ideas. The outage map that WPS makes available online to its customers came from a recommendation by its steering committee. Steering committee members have even proposed innovative ways to use the technology WPS already has in place. For instance, WPS has used its new callout system to leave voicemails about the status of storms and restoration work for its leadership, public affairs officers and upper management. It’s a way of efficiently getting information to WPS leaders and public affairs officers in advance of storm-related questions from the media, government officials or other stakeholders.

In the future, WPS, a subsidiary of Integrys Energy Group, says it hopes to be able to provide work and order information via a mobile unit in its trucks, so crews can tap into data in the field. As it now stands, WPS communicates this sort of information via two-way radio. Much information, some of which is sent by dispatchers via the callout system, exists. WPS would like to enable its crews to send information back to the operations center via mobile tools.

According to WPS, the utility is also trying to incorporate its OMS into its supervisory control and data acquisition (SCADA) system. If WPS can do this effectively, then it could receive alarms more efficiently and better analyze its distribution network. Tying these systems together would help WPS control all devices within one system.

Getting more damage assessment done early on during a storm event is also a priority for WPS’s outage management team. WPS says it has ramped up this effort, and it has more eyes in the field now than in prior years. Along with this, WPS has broken down some of its workforce’s operating barriers. In the past, each of WPS’s 25 operating districts would work on their outage issues until complete. Today, however, the utility aims to get all the work done across districts by sending crews where they are needed first. Mobilizing crews to respond to trouble in this way began during normal work hours, but now WPS uses its existing work agreements to roll crews into outage management work. There’s more work to be done for sure.but WPS is employing technology, strategy and improved practices to tackle its outages.

Bruce Duff, a vice president with Columbus, Ohio-based ARCOS Inc. is responsible for software implementation and business development. Reach him at bduff@rostermonster.com.