During April’s GreenNet conference in San Francisco, a keynote session panelists made a statement that was to echo as a theme in the conference: The world’s not waiting for the next best technology in smart grid. We already have it, and our technology is fairly advanced. What’s next in the smart grid landscape and how fast we’ll move to full implementation is a matter of standards, standards and standards. In addition to the standards debate, I would add regulation, regulation and regulation, but his point is well-taken. As networking and information technology standards were essential to the Internet’s mass adoption, likewise, standards will be necessary to ensure a smooth transition to the intelligent grid. 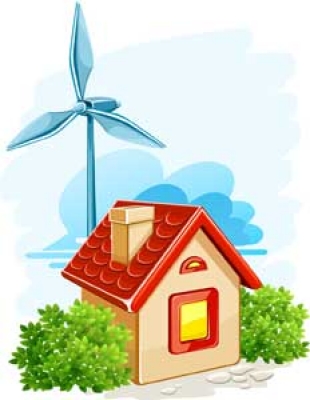 So what is happening on the standards front? In January, the National Institute of Standards and Technology (NIST) issued Release 1.0 of its “Framework and Roadmap for Smart Grid Interoperability.” Release 1.0 is the first phase of a three-part plan NIST designed to identify and initiate adoption of a set of standards necessary for smart grid conformity, interoperability and certification. The second phase involves public-private partnerships with the goal of evolving the road map to ensure ongoing coordination and eventually implementation. The last phase is the testing and certification stage, where implementation will begin in 2010.

In Release 1.0, NIST identified 75 standards and specifications applicable to the “ongoing transformation of the smart grid,” as well as 15 priority areas of further investigation. More than five months after the road map’s release, what developments have been made in compliance and implementation? NIST’s Smart Grid Interoperability Panel (SGIP) implemented taskforces to begin setting compliance standards. They have defined 16 priority action plans (PAPs) that range from wind plant communications (added late May) to power line carrier standards and designated committees for each plan. As this process continues and bleeds into phases two and three, what does this mean for the industry? Did certain standards lose out? Examining all 75 standards and priority areas would be tedious, so I will address two areas that have seen interesting development: home area networking (HAN) and the ZigBee-Wi-Fi Alliance partnership, and second, data standards for the grid integration of renewable generation.

On the heels of the NIST roadmap which had included and identified both ZigBee (underlying IEEE 802.15.4 specification) as well as Wi-Fi (IEEE 802.11,) the ZigBee Alliance and Wi-Fi Alliance announced March 17 that they would collaboratively develop interoperable applications for home energy management and applicable devices.

Many established technologies in wireless communications operate in frequency bands shared among several users, often using different RF schemes. This is true for Wi-Fi, ZigBee and Bluetooth. All three operate in the unlicensed ISM or 2.4 GHz band, which has encouraged a competitive market for wireless embedded devices. In particular, ZigBee is an attractive technology in smart grid HAN, which requires implementing low-cost, low-power wireless control networks requiring high flexibility in node placement, whereas Wi-Fi has been the mainstay of laptop computers, personal smart devices and so forth.

Even prior to interoperability issues between smart grid HAN devices, other wireless technologies in the same ISM spectrum had raised concerns about potential coexistence issues. Wi-Fi traffic could interfere with ZigBee operations despite ZigBee’s occurring at a lower power level. These technologies must coexist peacefully to allow each user of the band to fulfill its communication goals. The recent ZigBee and Wi-Fi partnership will enable interoperability among devices with the different technologies. It will be easier for appliance makers to comply with the NIST Smart Energy 2.0 open standard for smart grid devices, and consumers can choose their appliances knowing they can communicate with each other.

Camille Ricketts, lead writer at GreenBeat, wrote in an article that the partnership between Wi-Fi and ZigBee might be more of a “survival pact” than anything else, as unpopular protocols get eliminated in favor of protocols that have garnered support among users through compliance with the Smart Energy 2.0 standard. The interoperability pact between ZigBee and Wi-Fi is one of the mile markers of an industry that is moving into its next phase of maturity. Moreover, open standards and interoperability also mean a more level playing field, possibly meaning more or quicker innovation and technological advances.

Because of these state mandates and economic stimulus specifically for renewable generation, utilities are planning or have brought thousands of megawatts of electricity online from renewable sources. This underscores renewable generation challenges. Renewable generation unpredictability makes load management, spot market pricing, forecasting and implementation difficult. The solution is to integrate information technology and smart systems to manage performance, anticipate and correct. Just as data standards for HANs, AMI networks and transmission and distribution are developed and established, data standards must be developed for renewables integration to ensure that manufacturers and vendors can adhere to compliance demands and enable interoperability among compliant technologies. These systems will necessitate data standards as they begin to scale.

With SGIP’s May announcement of the wind plant communications priority action plan, it appears that more attention is being paid to specific standards for the renewable energy industry. International standards for wind power plant communication exist, but they have not seen widespread U.S. adoption and a large percentage of wind plants use proprietary technology and legacy protocols.

Besides the PAP from the SGIP, the first agency to develop data standards specifically dedicated to renewable energy is the SunSpec Alliance, an industry consortium of manufacturers, system integrators, vendors and interested agencies. The SunSpec Alliance is publishing a series of specifications initially built upon Modbus standards. Modicon established Modbus in 1979 for use with its PLCs and is a communications protocol that has become standard for connecting industrial electronic devices. The SunSpec Alliance’s initial aim is to integrate distributed photovoltaic (PV) power generation systems cost-effectively and on a large-scale basis. Although this first set of specifications is intended for PV systems, using existing standards created by other agencies and standards bodies, the alliance will continue to define open interface standards for other forms of renewable energy “to interact with information technology systems in a predictable and reliable manner.”

Defining open interface standards for the smart grid, whether in HAN, renewable energy integration or otherwise, will accelerate development of a safer, more predictable grid. In energy generation, transmission and distribution, we don’t need the next, best, most innovative technology; we’re on the right track defining standards and regulations for safety and reliability. After all, the flashiest iPad or the coolest EV is useless if you can’t recharge it because of a blackout.

Wei-En Tan wrote this article while she was the director of the cleantech practice at Antenna Group Communications, where she researched, analyzed and forecasted trends in renewable energy and the smart grid. She graduated from Stanford University with multiple graduate degrees specializing in political science, econometrics and comparative literature. She also is a commercial airplane and helicopter pilot. Recently, Tan became director of public relations and communications at Tropos Networks. Reach her at weien.tan@tropos.com.