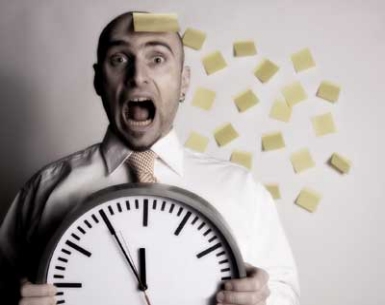 It is a challenge every power plant faces: A turnaround is in progress and resources are not available as needed; critical parts are missing; or the required approvals, inspections and decisions on complex issues cannot be obtained in time, delaying work and preventing the plant from going back online as scheduled.

Every day the turnaround runs late can cost $1 million in lost revenue and additional money in increased costs.

When turnarounds are delayed, some maintenance and upgrades get put off until the next shutdown, which compromises plant efficiency and reliability.

Last year, for example, in the town of Hay River in Canada’s Northwest Territories, a turbine failure following a nine-day shutdown for maintenance necessitated rolling brownouts–some lasting as long as six hours–until a diesel generator could be brought from Alberta.

Customers were outraged by the brownouts and the prospect of higher bills to pay for the operation of an expensive diesel generator.

Synchronization is the Difficulty

Typically a turnaround involves the execution of several hundred to thousands of tasks within a short time, and executing each task requires timely availability and occurrence of multiple aspects: paperwork, materials and other inputs; resources that perform the work; and management decisions and expert inputs as needed.

Uncertainties, however, are intrinsic to turnaround projects.

For example, tasks take longer, extra work emerges as a result of inspections, unexpected radiation levels are encountered, there are supplier delays, there is need for rework, etc.

Schedules cannot be followed. As uncertainties unfold, even the most carefully created plans fall by the wayside.

In the absence of a workable schedule, managers reprioritize tasks on the fly often based on who is loudest, not necessarily what’s most important to the entire turnaround.

Such localized priority decisions make synchronization that much more difficult to maintain.

Managers and supervisors try their best to synchronize through meetings and phone calls, but they can pay attention only to the hot and superhot tasks.

Work is started on multiple fronts. A typical practice to protect against uncertainties is to start work on many fronts from the beginning.

Volume of work becomes a key metric. While it is a good idea to discover as many problems as quickly as possible in the open-and-inspect phase, what happens afterward is the problem.

When the repairs also proceed on many fronts in parallel, trades get spread thin.

Even managers–supervisors as well as the support resources such as engineering, quality control planning, control center etc.–struggle to keep up with the volume of work being executed concurrently.

The result is more ad hoc prioritization and rampant multitasking.

Plans are made more complex.

Finally, planners resort to more detailed and precise schedules with thousands of tasks.

This only adds to administrative burden without improving performance. Adding many intermediate milestones to hold people accountable is also detrimental.

These local milestones force people to embed wait times in the estimates or to commit less scope than possible and contribute to ad hoc prioritization.

Start off on the right foot: the engineering and planning phases.

The amount of work completed during the engineering and planning phases plays a major role in how smoothly the shutdown and turnaround are executed.

The objective of this phase should be to minimize uncertainties during execution by getting ready everything that can be anticipated and planned: from engineering and work instructions to materials and resources.

Critical Chain technique allows managers to maintain synchronization even in the face of uncertainties in engineering, planning and execution.

The results of this methodology are impressive. One nuclear power plant in Spain, for example, increased its due date performance from 60 percent to 95 percent and increased throughput by 30 percent.

A second European nuclear plant applied Critical Chain to engineering projects that needed to occur prior to the shutdown.

After implementation, engineering projects went from almost always being late to finishing 90 percent on time, plus a 25 percent increase in engineering throughput.

Pipelining. Limit the number of work streams in execution.

When too many work streams are in execution compared with available capacity, it spreads resources too thinly and causes bottlenecks, local prioritization and unsynchronized work. Instead of trying to keep people busy, concentrate resources on fewer streams of work at a time.

Buffering. Discard local schedules and measurements, and use an aggregate buffer to protect projects from uncertainties.

Instead of finishing tasks on time, focus on finishing projects on time.

A final project deadline is the only deadline that matters.

Use the rate of project buffer consumption to measure execution, and give highest priority to tasks that are consuming buffer at the fastest rate.

By managing the buffer, managers gain timely, actionable information they can use to focus resources on the tasks that cause the biggest delays in project completion.

Because Critical Chain upends many long-held beliefs about how project execution should be managed, key executives must buy into and support this change.

Here is a quick, self-evaluation tool to determine whether your organization should explore alternatives to traditional project management.

If you answered “yes” to these questions, it’s more than likely that traditional project management is failing you and there is significant scope for improving performance if you adopt Critical Chain.

Sanjeev Gupta is CEO of Realization Technologies. Reach him at 408-271-1720 or sgta@realization.com.