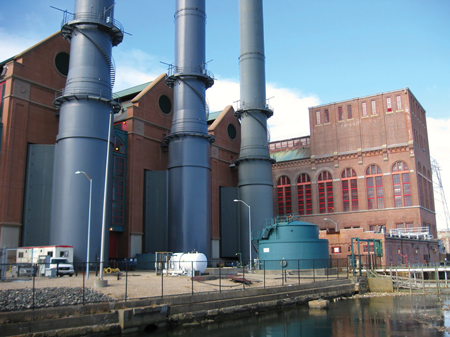 Dominion Energy announced Monday it is selling its interests in three power stations to two different buyers for a total of $1.3 billion.

Dominion is selling its 100-percent interests in the 1,240-MW Fairless combined-cycle gas plant in Pennsylvania and the 468-MW Manchester Street Power Station in Rhode Island, as well as the 25-percent stake in the Catalyst Old River Hydroelectric Limited Partnership that owns a 192-MW hydro power station in Louisiana.

An affiliate of Starwood Energy is buying Fairless and Manchester for cash consideration of about $1.23 billion. The deal still needs federal regulatory approval.

The quarter interest in Catalyst Old River Hydroelectric is being sold for about $90 million in cash consideration. A buyer was not named for that transaction.

Both sales are expected to close by the end of the year.

“We are pleased with these results from our non-core asset sales,” Dominion CEO Thomas Farrell said in a statement. “These actions demonstrate our commitment to the company’s credit profile and represent the successful completion of the credit improvement initiatives that we announced in March. We appreciate the opportunity to have worked with Starwood Energy and know that it will benefit greatly from the continued efforts of the plant employees who have delivered best-in-class performance at Fairless and Manchester Street.”

Dominion first announced its plans to sell Fairless and Manchester back in July. Three months earlier, the company had said it wanted to raise between $1 billion and $1.5 billion to pay down debt and ensure “it would reach a key financial objective.”

Dominion is also girding its bottom line for its $15 billion, all stock acquisition of South Carolina-based SCANA Corp. The deal for Scana already has met several key regulatory and shareholder approvals.