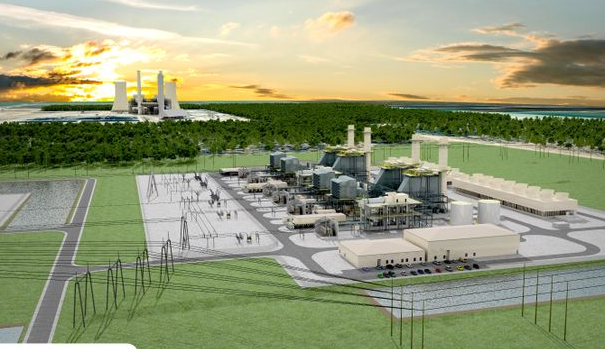 Duke Energy is bringing the first half of capacity online at its new combined-cycle gas turbine power plant in Florida.

The first 820 MW of the 1,640 MW Citrus County plant is operational, according to the utility. Construction started more than two years ago and the second half of the plant is expected to become operational by the end of the year, combining to serve Duke Energy’s 1.8 million Florida customers.

Once the gas-fired generation is completely online, the utility will retire Crystal River coal-fired units 1 and 2, which represents half of the Duke’s coal-generation capacity in Florida.

The Citrus County facility is Duke’s largest combined-cycle gas-fired plant under construction, according to the company. The project overall will cost about $1.5 billion, according to reports.

The new Citrus plant will receive natural gas through the recently constructed 515-mile Sabal Trail pipeline. The $3.2 billion pipeline starts in Alabama, extends through Georgia and ends in central Florida.

The Crystal River coal units were built in 1966 and 1969, respectively. The Crystal River energy complex included four coal-fired units and one nuclear power facility, which was decommissioned five years ago.