“It was not only an interesting but also a useful convention,” said Pierre-Luc Desgagnàƒ©, senior director of strategic planning at Hydro-Quàƒ©bec. “The organization was triple A.”

Desgagnàƒ© accepted the Utility of the Year award for Hydro-Quàƒ©bec, the Canadian state-owned utility that boasts 98 percent renewable generation and an installed capacity of 36,810 MW. Hydro-Quàƒ©bec Transàƒâ€°nergie 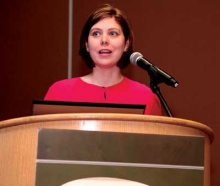 operates the most extensive transmission system in North America, with more than 20,656 miles of lines at different voltages and 515 substations.

“Our grid is oversized because of demand peak,” Desgagnàƒ© said. Four thrusts make up Hydro-Quàƒ©bec’s electric vehicle plan: Support the development of electrical infrastructure in public transit. Develop and market advanced technologies. Test-drive plug-in vehicles and experiment their integration to the power grid. And plan support infrastructure for vehicle charging.

Hydro-Quàƒ©bec is capable of delivering power to 1 million electric vehicles with no extra grid, Desgagnàƒ© said. The utility is testing: two plug-in Ford Escapes in collaboration with the Electric Power Research Institute (EPRI); 50 Mitsubishi iMiEVs in Boucherville to test in cold weather; one Toyota plug-in Prius with Laval University and the Quàƒ©bec government; Level 2 and DC charging stations with 50 Nissan Leafs and a car-sharing organization; and 20 Chevrolet Volts to be integrated in Hydro-Quàƒ©bec’s fleet for environmental benefits assessment. 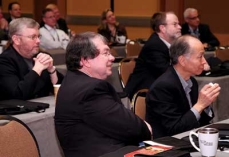 Duvall explained that EPRI began working on electric vehicles in 1992. He said the first one “looked like a cockroach.” 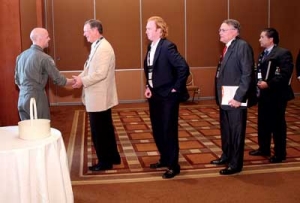 EPRI studies indicate that electric vehicles will have a 7-year window to prove themselves and establish market share, he said.

Ford’s Tinskey said that electrification must be a part of the automotive portfolio if the U.S. is to meet carbon-reduction goals. Ford will offer at least five electric vehicles.

“Britta’s Volt and our vehicles will use the same charging station,” Tinskey said.

CEOs of the Year

CEOs of the Year Ann Murtlow of Indianapolis Power & Light Co. and Larry Doran of Peterborough Utilities Group in Ontario, Canada, accepted their awards during a networking dinner at the Hotel del Coronado.

Murtlow’s trip was cut short by winter storms barreling toward Indianapolis. She said she flew in and out of San 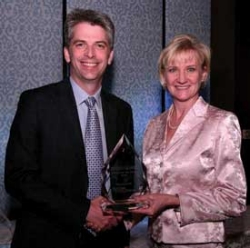 Diego the same day and skipped a meeting in Puerto Rico the following day, as a result. More than a few attendees said that’s one reason Murltow won the large utility CEO of the Year award: Leaders do whatever it takes to lead a team.

Doran said his utility has increased net profits 40 percent in 2010, and he expects an increase of a similar magnitude in 2011. He was able to stay through DistribuTECH.

Keynotes Bring Down the House

The first day’s keynote speaker, financial reporter Stuart Varney from FOX News, enlivened the crowd with his quick wit and ability to rattle off statistics. What’s more, he did it while entertaining the room. 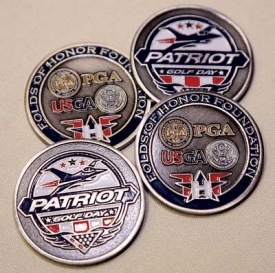 “I think we’re about to see a very modest growth in the economy,” Varney said. “I think we’ll get three and a half percent growth this year.”

The greatest challenge to the U.S., he said, is demographics, and fertility rates are falling. Immigration keeps the U.S. young, he said. At one point, Varney instructed the audience to “reproduce” as he has to save the U.S. economy; he has six kids as proof.

The second day’s keynote speaker was Maj. Dan Rooney, whose luncheon address brought men and women to tears. He began by asking military veterans to stand. Many in the room did, and those remaining seated applauded.

Rooney, an F-16 fighter pilot and PGA golf professional, told how and why he started the Folds of Honor Foundation. The charity gives post-secondary educational scholarships to families of U.S. military members disabled or killed in battle.

Rooney described flying a night search and recovery mission during his 2005-06 tour in Iraq.

“It was one of those nights when I realized that freedom isn’t free,” he said. “I knew I was supposed to do something with my life other than being a fighter pilot and a golf pro.”

Rooney said the most powerful word in the world is volition, the power to choose.

“Exercise volition in your lives,” he said.

More information about the Folds of Honor foundation may be found at http://foldsofhonor.org.

The 2010 Electric Light & Power Conference post-show report is available at http://elpconference.com. The next ELP Executive Conference will be Jan. 22 and 23 in San Antonio.