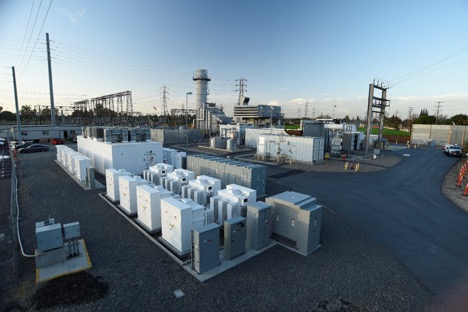 A remarkable trend in the power industry over the past few years has been the rapidly decreasing cost of battery technology, particularly for the lithium-ion battery. Costs have fallen so fast that battery systems for grid-scale energy storage—installations with tens of megawatts of power and flexibility on capacity—are becoming economical in a growing range of uses, including optimizing the performance of gas turbines.

At the same time, the rapid uptake of renewable energy sources, like wind and solar power, has driven the parallel development of the control systems and inverters needed to integrate renewables and other distributed generation technologies into electricity grids. Batteries, inverters, and increasingly sophisticated control systems are being combined to help manage renewable intermittency, giving these technologies an ever-larger role in ever-smarter electricity supply systems.

Less obvious are the possibilities that have opened up for batteries to provide grid support services that were once the exclusive province of other technologies until relatively recently—services such as frequency regulation, voltage control, and reactive power response.

Because of their quick response flexibility to demand changes, gas turbines play a crucial role in electricity supply systems and help match supply to demand. The increasing proportion of non-dispatchable assets like wind turbines and photovoltaics (PV) embedded in the power network poses grid planning and load balancing challenges to managers, particularly given that wind and solar PV are the two fastest-growing electricity generation sources globally. Maintaining increasing amounts of spinning reserves and frequency regulation compensates for the intermittency of non-dispatchable assets, but presents another set of issues that battery technology can address.

Fuel conversion efficiency is compromised with gas turbines running below optimal loads. This, in turn, means that greenhouse gas (GHG) emissions are higher per unit of electricity generated and maintenance costs tend to be higher, as well. Supporting gas turbines with battery energy storage can act as virtual spinning reserves, a form of contingency reserve. In this way, costly inefficiencies are avoided by requiring turbines to operate at minimal loads less frequently.

In the United States, the state of California is addressing these operational, environmental and economic challenges with a groundbreaking new system ordered by power utility Southern California Edison (SCE) in the wake of a crisis at the Aliso Canyon natural gas storage facility. Between October 2015 and February 2016, large volumes of methane were released from the facility following a problem with one of its many wells. The release’s severity prompted the state’s governor to call for changes to the regulations governing gas usage and storage, as reported by the NBC television network. 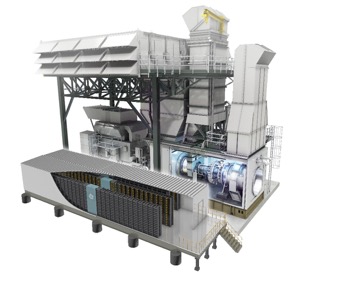 With the Hybrid EGTTM delivering spinning reserve at two of its peaker plants, SCE anticipates 50 percent fewer gas turbine starts and 60+ percent fewer emissions from those facilities. SCE’s Hybrid EGTTM units are expected to generate up to $1.4 million per year in additional revenue by using integrated battery storage to serve traditional spinning reserve needs. In addition, the system’s lower water injection rate is expected to reduce each SCE plant’s overall water consumption by about 45 percent, saving two million gallons of water each year.

By eliminating the need to operate the turbine between dispatch events, the Hybrid EGTTM saves fuel, reduces maintenance costs and cuts down on greenhouse gas emissions. As a backup to intermittent renewable energy resources, the upgrade can provide 50 MW of GHG-free spinning reserve, flexible capacity, and peaking energy. The Hybrid EGTTM also helps ensure continuous grid reliability through 25 MW of high quality Regulation, 10 mega volt amps (MVA) of reactive voltage support and primary frequency response when not online. Broadly recognized as a flexible solution to help meet the world’s evolving energy needs, the Hybrid EGTTM has earned several accolades, including the Energy Storage N.A. Innovation Award and the 2017 Edison Award.