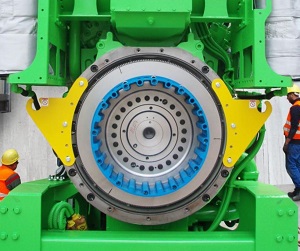 American private equity firm Advent International has completed its $3.25bn acquisition of GE’s Distributed Power business, spinning it off into a stand-alone energy firm under a new name.

The new company will be known as INNIO, headquartered in Jenbach, Austria. The buyout of GE’s distributed power segment includes the Jenbacher and Waukesha gas engine product lines, the digital platform and related services offerings, according to the release.

“This is an exciting time to emerge as a stand-alone energy company. With the continued growth of renewables across the globe and the increased emphasis on energy efficiency, INNIO is well-positioned to be a key enabler and integral part of the energy transformation,” said Carlos Lange, president and chief executive of INNIO.

The new INNIO is competing in the $5bn global gas engine sector. Its Jenbacher and Waukesha brands will be connected by a digital solution.

The Advent-GE transaction was first announced in June. The distributed power portfolio includes engines which generate 200 kW to 10 MW of power.

GE, which has seen its bottom line and publicly traded share freefall for several years, has been shedding businesses in recent years to shore up its bottom line amidst a financial crisis and the decline in power generation markets. The company sold its GE Capital unit in 2011 and the appliance unit five years later.

Late last month, GE Power was split into two different units, one focused on unified gas business and the other combining steam, grid solutions, nuclear and power conversation segments. New CEO Lawrence Culp said that accelerating the company’s deleveraging was one of his priorities.

The original Jenbacher Werke brand originated in 1959 and was bought by GE in 2003. The 20,000th Jenbacher gas engine was presented to cheese manufacturer Milchwerke Oberfranken recently.

The Waukesha Motor Co. was founded 112 years ago in Wisconsin and was sold to Dresser in 1974. GE acquired Dresser Waukesha eight years ago.