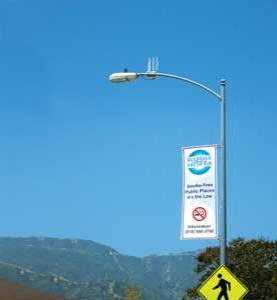 The utility’s aggressive smart grid implementation enabled it to receive the highest score of smaller utilities and among the highest scores for all 93 utilities that responded to the California Energy Commission’s 2011 Smart Grid Maturity Model (SGMM) survey. GWP achieved the highest maturity level of all utilities surveyed in strategy, management and regulatory, as well as organization and structure. The results show GWP is a pioneer in developing a corporate-level smart grid strategy.

Implementation continues as GWP rolls out technology and programs to provide real-time usage data to customers. In addition, the smart grid project provides GWP with the tools to provide more competitive prices, implement demand-reduction programs and pave the way for integrating renewable resources.

The communications foundation for GWP’s smart grid system is a wireless broadband mesh network from Tropos. GWP owns and operates the network, which is based on open standards such as 802.11 and Internet Protocol.

GWP’s smart meters enable two-way communication between customers and the utility. Using in-home displays-cloud-enabled digital photo frames that are in a pilot-customers will have real-time access to their electricity and water usage data to help them conserve natural resources and lower their utility bills.

The AMI system also supports GWP’s demand response program. For GWP, the primary demand response goal is to shift load from peak to off-peak hours. AMI allows the distribution system to react in real time to shifting system and local peaking conditions by activating demand response on a system level, local level or both.

In addition, GWP uses Ice Energy distributed thermal energy storage units to shave peak demand. Each unit provides a peak demand reduction of up to 7 kW and a total daily energy shift of up to 35 kilowatt-hours (kWh) to off-peak hours.

Overall, GWP plans to lower peak demand by 20 MW to 30 MW through its demand response programs. The utility expects it can defer or eliminate $75 million of capital expenditure for each 10 MW of peak demand it can shave.

Integration of electric vehicles (EVs) and their charging stations is another smart grid priority. To understand EV charging’s impact on the electric grid, GWP offers $200 rebates to cover the cost of installing specials meters that measure EV power consumption at residents’ charging stations. Because Glendale is in environmentally conscious Southern California, the utility expects many residents will purchase EVs.

Renewables integration also figures into GWP’s plans. The utility has incorporated 300 photovoltaic systems into its grid and expects to connect with many more.

The communication needs for all these applications are met using a GWP-owned and operated broadband wireless network based on open standards such as 802.11 and Internet Protocol. The network uses the four-tier architecture often seen in smart grid implementations. 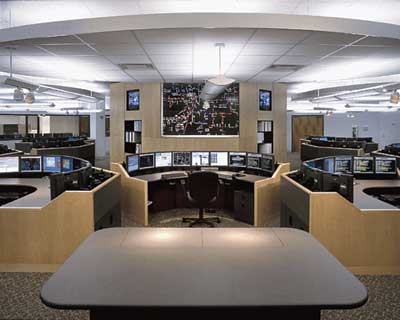 The Tier 2 DAN is implemented using a Tropos GridCom network. Tropos mesh router gateways throughout GWP’s service territory connect to the Tier 1 fiber network, providing communications between the tiers. Generally, the connection points between the DAN and the fiber network are at GWP substations.

The Tropos wireless broadband mesh network delivers high-speed communications among the utility, utility applications and utility customers. The high throughput, low latency and network security features of the network enables it to provide secure communications for smart grid applications. It enabled GWP to extend the system beyond meter reading and helped the utility build its smart grid vision-a power system that automatically can balance power supply and demand, conserve and optimize resources, reduce our carbon footprint and cost for customers.

In addition to AMI, the network supports other GWP applications including demand response, distributed thermal energy storage, distribution automation, EV integration, renewables integration and water-leak detection. Other city departments also use the system, such as fire, police and public works. The high throughput, low latency, scalability and multiuse features of the Tropos network enable multiple smart grid applications and city departments to use the system.

Unlike many smart meter installations, GWP’s system does not use cell phone technology. The meters communicate their data to collectors using the 900-MHz wireless AMI network. Then, data passes through the Tropos Wi-Fi network to connection points on the GWP-owned fiber-optic network. Finally, the data traverses the GWP fiber network to the GWP data center. The system supports two-way communications. Outbound communications follow the opposite path.

GWP learned many lessons during its smart grid rollout, but two stood out.

First, smart grid projects must be treated as information technology projects, not utility projects. Smart grid implementation requires technical skills not normally associated with utility projects. To ensure success, much up-front effort must be devoted to network and information technology system architecture. Outside of network implementation, enterprise software installation, e.g., deploying the MDMS, was the biggest piece of GWP’s effort.

Second, the transition from test to production is difficult. All vendors must plan for and the utility must budget for vendor support resources to be available after deployment during the initial stages of the project’s operational phase.

Results, With More to Come 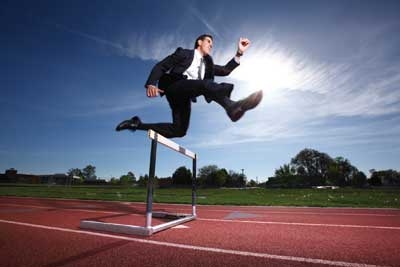 Smart grid implementation gives GWP customers new tools to better manage their energy and water use and make informed choices that save money and help the environment. These tools wouldn’t have been available with traditional meters. Through in-home displays and GWP’s secure Internet portal, customers have access to their usage to help them conserve and participate in pricing plans that fit their lifestyles. Meter reading is done remotely, saving money, and GWP can pinpoint outages and service problems much faster, allowing GWP to restore service more quickly.

GWP is in phase II of the project, which involves customer-facing programs. The utility is expanding its thermal storage program through a partnership with Ice Energy and examining future pricing plans, in-home devices and demand response programs.

Phase III will look at an overhaul of all GWP systems. The utility is documenting its existing system architecture and will develop a road map for system evolution. A significant component of the road map will be planning and implementing the largest part of GWP’s smart grid rollout: distribution automation. Consistent with the lessons learned in Phase I, information technology architecture and software selection will be as important to GWP’s distribution automation implementation as installation of distribution feeder electrical hardware.

Glenn O. Steiger is general manager of Glendale Water & Power. He has transitioned GWP through the integration of smart grid technology, water and energy efficiency and a significant increase in renewable energy. Steiger graduated with a civil engineering degree and a master’s degree in management from the New Jersey Institute of Technology. He completed an advanced executive management program at Duke University’s Fuqua School of Business and is a licensed professional engineer.