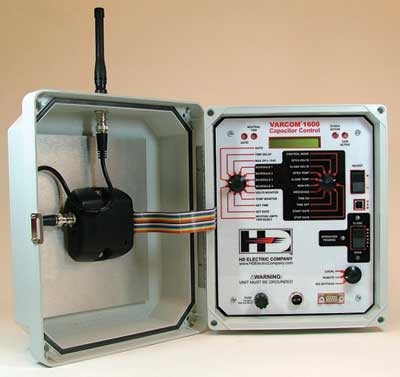 Having grown to its teenage years, it’s changed—first with its name, but also with its focus. When POWERGRID International began as Utility Automation, the magazine covered gas and water utilities, as well as electric. It was completely about automation. After a few years, hardware was mixed in with the automation, along with thoughts about financing, expansions and business concepts. With that shift from pure automation, the magazine also changed to cater exclusively to the electric utility’s transmission and distribution (T&D) arm.

Utility Automation started as a two-time supplement to Electric Light & Power magazine in 1995. In 2003, it expanded to include more than automation and adopted the name Utility Automation & Engineering T&D. And after another name change in September 2009 to push out to a world view of the smart grid, it is now POWERGRID International.

With the first issue, John Kovacs, the group publisher at the time, noted that Utility Automation was “intended to help utility personnel manage the huge amounts of data needed to automate various utility functions and integrate them for optimum operating efficiency.” Because the smart grid is all about data, it could be said that POWERGRID International still serves a similar function today: helping readers figure out how best to manage information, automated or otherwise (see IT sidebar).

Figuring out how to manage the information, however, should not be confused with being sidelined by automation, which is the source of humor for the first note of the first issue of Utility Automation, jokingly titled “I was Replaced by an RTU.” In the note, Hershel Clauder of CSR Market Data Services reveals the importance of tech improvements and the need to accept them. He admits that he was replaced by an early-model RTU in 1951 when he worked at Houston Lighting & Power as a substation operator.

Clauder writes about the inevitability of change but how the industry doesn’t care for it, a topic picked up again in the second 1995 supplement with Michael Marullo’s “Perspectives” piece. Marullo writes that “unless utilities in the developed, industrialized regions of the world start looking harder at where they want their companies (and their industry) to go in the future rather than where they have been for the past many years, they are going to miss out on a lot of the very best advantages that technology has to offer.”

A valid argument for embracing changes, but has the industry done so? The arguments for change and laments on how the industry rarely likes change are found throughout the magazine’s 15 years of issues. Open the next issue, and there might be another discussion of the love-hate game this industry plays with change. Is the industry stuck in the past or embracing the change required for the future? With each new article, there’s a new perspective.

From Supplement to Stand-alone

With the start of 1996, Utility Automation graduated to being its own magazine, printing every other month with the latest in automation news. The magazine added traditional departments such as news, products and perspectives as it grew. There was much talk that year about automated meter reading (AMR), international developments (“Yugoslavia Develops a New Distribution Management System”), modeling and financing, as well as a long discussion about “the death of SCADA.” (The conclusion: Don’t call it just yet.)

We weren’t always on track with predictions—SCADA still lives and breathes—but one note from a late 1996 article on utilities and the Internet is where a PG&E representative predicts that “technology is evolving to a point where, in the near future, utilities may be able to monitor customers’ appliances through the Internet and control their operation for maximum energy efficiency and cost.” That’s Amazing Kreskin talk right there, given the efficiency push with smart grid today.

The magazine was ahead of the curve again in 1997 with its first article on energy management in the home, a case study with Tampa Electric that easily could fit into POWERGRID International today. We admit to being off-target with those articles on the millennium problem that never materialized. (One 1999 article mentions a North American Reliability Council report that predicts Y2K won’t be so bad.)

In 1998, there were mentions of customer service and the nation’s first independent system operator (ISO) in California with a note that “all eyes are watching” how that ISO will perform. Communications was also an issue, with monitoring and control popular topics in that area. The now-avoided subject of deregulation grew in popularity in 1998, as well.

The next year saw similar topics as previous years, including that pesky Y2K bug and deregulation, but it also brought Utility Automation up to a 10-times-a-year schedule.

In addition, the new millennium was all about shiny, new technology. Tech-savvy CEOs and better-quality Web sites suddenly concerned utilities, according to articles. Utility Automation tracked a billing move in the March 2000 article “Utilities Race to Internet Billing.” As in previous years, the editors and authors write much about the industry’s willingness (or unwillingness) to change with the times.

“New York-based research firm Jupiter Communications projects that by 2003 the number of households paying e-bills will jump tenfold to 18 million …. Why has the utility industry, an industry not noted for being on technology’s cutting edge, shown such interest in this new technology? Because the utility industry is changing rapidly.”

One other item changed officially in 2000: Utility Automation moved from water and gas to concentrate exclusively on electricity.

AMR and control issues dominated Utility Automation articles in the early years of the millennium. In July 2002, it noted that “AMR is Now” and “AMR has Come a Long Way, Baby.” At the end of 2009, we’d never use the term AMR. It’s passàƒ© and has been replaced by advanced metering infrastructure (AMI) and references to smart meters, but 2002 was the salad days of automatic meters.

The story that dominated 2003 was the Northeast blackout. The event spawned pieces on storm restoration, being prepared and whether the blackout would be the push needed for infrastructure investment (see blackout sidebar). Utility Automation’s major personal story for 2003 was a name change to Utility Automation & Engineering T&D.

The most recent years have included articles on nanotechnology in powerlines to overviews of European markets and capital expenditures. Notes on engineers and loss of knowledge began to become more frequent, and is still a valued subject (see December 2009 Perspectives). In addition, in June 2007, the magazine featured its first look at POWERGRID Europe, DistribuTECH’s sister show covering the European market. (DistribuTECH has been discussed in detail in the magazine since the launch in 1995 when DistribuTECH was still called the DA/DSM show.)

As we talk less about SCADA and more about the smart grid in the years that follow, POWERGRID International magazine will continue to bring you detailed information on the technology, insights and news that matter most to the T&D industry in the U.S. and the world.

Too many utilities still approach restructuring issues from the long-standing regulated, cost-recovery business perspective under which IT costs are considered an operations and maintenance cost to be minimized rather than an opportunity to gain a string and sustainable business advantage. Instead of taking the steps necessary to gain those advantages as rapidly as possible, many organizations remain paralyzed by the profusion of regulatory uncertainties.

These utilities—accustomed to having the business model dictated to them—are reluctant to make the rules themselves. Instead, they are allowing new players from unregulated backgrounds to completely change the rules of competition and thereby gain dramatic market advantages.

Like it or not, utilities are involved in a protracted, complicated game where the players get to make the rules as they go and the winner isn’t necessarily the best player, but merely the most proficient inventor of new rules.

Utilities who want to gain the upper hand and maintain it in a competitive market will use information technology to make themselves more efficient, more flexible and smarter in reacting to opportunities and competitors.

[Editor’s note: For a fun update of the above passage, substitute “smart grid” for “IT” and read it again.]

Demand-side management (DSM) programs initially were implemented in the 1970s to conserve electricity during the energy crisis. Government agencies and some regulatory bodies were enthusiastic about the concept and pushed for utilities to implement DSM; the government even supported DSM through subsidies.

Most utilities weren’t enthusiastic and resisted DSM. As long as utilities could buy reasonably priced electricity from neighboring utilities or other outside suppliers, there was little economic reason to encourage DSM.

Now, however, DSM is experiencing a revival as load profiling, management and control are seen as activities that can increase customer satisfaction and perhaps even increase revenue.

No utility or privately owned business manager will deliberately discourage the sale of his or her product. Smart managers are sensitive to customers’ needs and will do what they must to retain customers, attract new ones and increase revenue. Offering load profiling and management services is a way to do just that.

“DSM technology development and applications are no longer being driven by conservation, but instead by economics,” said Joe Polaski, a former Public Service Electric & Gas Co. employee who worked in the marketing and DSM department. Utilities are finding new reasons to offer their customers load management.

Let’s be honest. Before that blackout that took out a solid chunk of the Northeast this summer, call centers and outage management articles were probably the ones you flipped past with little interest. After all, such works don’t have the over-arcing storyline of technology development, nor do they have the interesting twists of new engineering feats.

On the contrary, call centers and outage management facilities are the Cinderellas of the utility industry. They’re there for the grunt work, but they never get the glory—until something goes horribly wrong. Unfortunately, then, this Cinderella’s trip to the ball is usually a hurried and unglamorous one—full of angry and angst-ridden phone calls and no fairy godmother in sight.