The nation’s energy network–much of which is funded through private investments–includes centralized electric generating plants with local distribution networks that feed into an interconnected network of transmission and distribution lines.

Extending current investment trends for these assets through 2020 shows an anticipated investment of $566 billion, but also reveals a $107 billion shortfall compared with needs.

That investment gap is equivalent to some $11 billion in new funding needed each year until 2020.

According to the “Economic Impact of Current Investment Trends in Energy Infrastructure,” closing that gap would lead to fewer blackouts and save U.S. businesses $126 billion, prevent the loss of 529,000 jobs and $656 billion in personal income losses.

“Just like the roads we use every day, when there are bottlenecks or congestion in our electricity infrastructure, it affects everyone,” said Andrew W. Herrmann, ASCE president. “And fewer disruptions mean real money to American businesses and households. This report shows that when we make the necessary investments in our energy infrastructure, we see tangible results for our economy, American businesses and family budgets.”

More investment is needed to further reduce service disruptions to households and businesses and prepare for a continued evolution toward a smart grid system. The need to maintain and update existing electric energy infrastructure, adopt new technologies and meet the demands of a growing population and evolving economy will impose significant requirements for new energy infrastructure investment.

“The outlook for our grid and the system overall is good because the rate of investment has increased substantially in the past few years,” said Steven Landau of the Economic Research Group of Boston and the lead author of the report. “In fact, the total needs projected for each year between 2012 and 2020 fall within the range of spending seen between 2001 and 2010. We saw an increase from $44 billion to a high of $101 billion in that timeframe, and so if spending keeps pace we will be able to close the gap.”

Divergence in demand for electricity across U.S. regions is not expected until 2021-2040. Longer-term projections show significant regional differences in demand with a 40 percent expected increase in Florida, 34 percent increase in western states and a 20 percent increase in the mid-Atlantic region. Regionally, the funding gap for all three sectors (generation, transmission and distribution) will be highest in the Southeast, the West and the mid-Atlantic area, and lowest in the Southwest and Florida.

The software, which is an open-source code, was developed as part of NERC’s ongoing efforts to identify high-impact, low-frequency risks, such as the impact of geomagnetic disturbances (GMDs) on the bulk power system.

“One of the key findings in NERC’s geomagnetic disturbance report is that bulk power system planners and operators require more tools to simulate the impacts of GIC on the grid,” said Mark Lauby, NERC vice president and director of reliability assessments and performance analysis. “This open-source software is a starting point toward equipping the industry with the information needed to ensure continued bulk power system reliability.”

The GIC simulation program is capable of performing N-phase modeling, meaning the analysis is not limited to three-phase systems. In addition, the program’s interface allows users to define circuit models, execute the program’s functions and implement algorithms that interact with the simulator. This allows users to dynamically change circuit parameters and modify input, enabling long-term (hours or days) analysis of GMDs.

The GIC program uses earlier research that integrates GMD modeling into power-flow analysis and was conducted at the University of Illinois at Urbana-Champaign as part of the DOE-funded Power Systems Engineering Research Center Future Grid Initiative.

Industry needs to know if and when the bulk power system and equipment are vulnerable to GMD effects,” said Richard Lordan, EPRI senior technical executive.

“This tool calculates the geomagnetically induced currents used to perform system and equipment analysis,” he said.

Improvements such as those made to GIC simulation capability have advanced the program’s use. The OpenDSS software tool has been designed to be scalable so it can be modified to meet future needs.

In addition, the DOE, EPRI and the electricity industry are expanding the GIC-monitoring system nationwide to produce additional measurements used to test and improve the accuracy of the tool’s models. Further, this network of GIC monitors will fortify the electricity industry’s GIC-forecasting abilities and support operating action to mitigate its effects on the bulk power system. 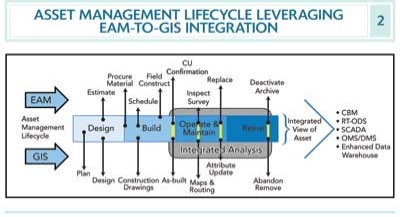 This investment will be on top of some $77 billion that EEI member companies invested in transmission infrastructure improvements between 2001 and 2010.

“Although not a comprehensive compilation of all projects that are being undertaken by our member companies, the sampling of projects highlighted in the EEI report ‘Transmission Projects: At A Glance, March 2012’ highlights the electric power industry’s commitment to investing in needed and beneficial transmission infrastructure over the next 10 years,” said James P. Fama, EEI vice president of energy delivery.

The report presents a brief overview of each EEI member company surveyed, as well as information about its representative projects, including a project map, brief description, estimated cost, current status, project partners and intended benefits.

A minimum project investment of $50 million for transmission system projects was applied to the selection of projects contained in the report.

A lower threshold of $20 million was applied for transmission supporting the integration of renewable resources and a $10 million investment threshold was applied to any smart grid project that an EEI member selected to showcase. The report focuses on projects completed or expected to be completed in 2011 through 2022, representing a one-year back-looking and 10-year forward-looking window.

In addition to presenting information about the individual projects, the EEI report also categorizes the featured transmission projects into four categories:

Although the report presents targeted projects within broad categories, according to EEI, it is important to remember that transmission projects address an array of needs and deliver benefits such as congestion relief, enhanced regional reliability, reduced system losses, resource integration and advanced monitoring systems deployment to enhance situational awareness.

Most projects in the report are multifaceted; that is, they are not developed solely to meet one specific purpose, rather, they fall into more than one transmission investment category. 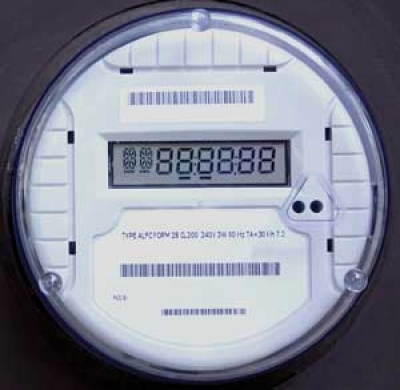 “Utilities are drawn to the prospect of monitoring power consumption and enabling customers to curtail consumption with AMI as part of their long-term energy conservation and efficiency strategies,” said Farah Saeed, Frost & Sullivan principal consultant. “Currently there are more than 20 states in the U.S. that have more than a 50 percent penetration rate of smart meters. Key states include California, Texas, Oregon, Nevada, Arizona and Florida.”

Growth in smart meter deployment is expected to accelerate demand for data analytics.

Sales for meter data management combined with customer and program data management is expected to account for 32.6 percent of total sales by 2016 vs. 30 percent in 2011.

Economic uncertainty, however, has restricted utilities’ budgets and caused them to defer AMI investments.

This volatile economic climate and the lack of success stories have restricted the market from making optimum use of AMI’s potential.

“It is critical for the more established market participants to specialize and invest in these growing segments to maintain their market positions.”

As part of the Data Acceptance Program, the TPTDP qualification process begins with an investigative technical audit to verify that laboratory operations include properly documented policies and procedures to manage standardization during data testing, recording and reporting.

“By offering UL qualification within our lab, customers will save time and money and have more options for scheduling this type of testing,” said Paul Leufkens, KEMA-Powertest president. “We continue to pursue capabilities that provide the highest levels of service and expertise to our customers.”

The TPTDP enables DNV KEMA to:

The TPTDP grants the KEMA-Powertest lab the right to conduct tests in accordance with IEEE and UL standards on gas-insulated switchgears, circuit breakers and power transformers.

Itron Inc. has signed a contract with ENAMC, the National Company of Measurement and Control Instruments in Algeria. Under this contract, the companies will deploy the large-scale, C&I advanced data-collection system over the next 18 months to support the modernization of Algeria’s electricity network and enable commercial and industrial clients to manage their electricity consumption better.

ENAMC, a subsidiary of Sonelgaz (the national company responsible for all electricity and gas generation, transmission and distribution in Algeria), will use Itron smart metering technology at 58 distribution centers across the country. ENAMC will produce tens of thousands of meters locally.

Itron also will supply the associated modems, and each center will be equipped with Itron’s data-collection system and the information technology servers required to run the system.

Certain South Asian countries can benefit from resource sharing with neighboring nations where power grids are in place to help spread the growing electricity demand in the region.

According to a GBI Research report, increasing demand for power stems from rapid industrialization and commercialization in South Asia, resulting in imbalance in the electrical demand and supply scenario representing the main driving force behind the growing power sector in South Asian Association for Regional Cooperation (SAARC) countries.

SAARC countries plan to trade electricity with one another, develop a robust cross-country power grid and set up 200 kilometers of submarine cables between India and Sri Lanka to deliver 1,000 MW of electricity.

Power import and export among SAARC countries at competitive rates will support the region, offering aid in cases of power deficits in other SAARC countries.

Some cross-border trade is already in place, and Bhutan’s exporting some 1,200-1,400 MW of electricity to India.

The power markets of almost all SAARC countries are regulated by state powers, and some private players are present in generation and transmission.

The sector largely is closed to competition.

Increasing electricity demands and a need to improve power infrastructure has led governments in SAARC countries to formulate lucrative policies offering incentives to private players for their investments.

Shareholders representing 99.67 percent of the company’s share capital voted for the transformation resolution proposed by the supervisory board and board of management.

E.ON expects the transformation to take effect and for E.ON SE to be fully functional toward the end of 2012. At that time, employee representatives will be added to the supervisory board. Until then, the current supervisory board will continue to carry out its duties.