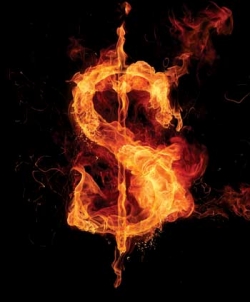 The movement to transform the nation’s more than 100-year-old, inefficient electrical grid into a smart grid has gathered momentum during the past few months, and there has been notable merger and acquisition activity.

Smart grid describes a revolutionary, modernized, efficient, electrical transmission and distribution system that uses two-way digital technology to deliver detailed, real-time, energy-use information to electrical utilities and their customers and supports the use of alternative energy sources such as wind and solar.

Basically, the smart grid involves applying information technology to the electrical grid, in effect an electrical energy Internet. There are indications that the smart grid will evolve and develop over several years as the Internet did.

A range of technologies, products and services will be required to successfully implement a nationwide smart grid, including electrical transmission and distribution hardware, components, construction services, energy management and other control software, smart meters and monitors, security systems and communication standards. The smart grid market opportunity is huge.

A recent Pike Research study predicted that updating the electrical grid infrastructure and implementing the smart grid will grow to a $200 billion market within five years. Given this large market opportunity, companies including General Electric Co., Siemens, Cisco, IBM, ABB, Schneider Electric, Cooper Industries, Motorola and Sprint have a keen interest in enhancing their smart grid operations so they can compete for utility contracts. Like when the Internet was developing, there have been and will continue to be many opportunities for innovative entrepreneurs to obtain the venture capital to build smart grid product and service companies, then ultimately sell those companies to larger ones as the smart grid industry consolidates.

In October 2009, the U.S. Department of Energy (DOE) announced its $3.4 billion Smart Grid Investment Grant (SGIG) program. In March, the first SGIG was signed—a $20 million grant to California’s Glendale Water & Power. During the past several months, other contract signings have been announced as utilities worked with the DOE to finalize the contracts. The DOE announced in April that it will allocate $100 million to support 54 smart grid technology training projects.

On the smart grid merger and acquisition front, May was a blockbuster month. ABB announced its $1 billion (four times estimated revenues of $250 million) acquisition of Ventyx, a leading provider of software solutions for managing energy networks. One Ventyx application gives utilities the information needed to better match electricity generation with consumption down to the household level. Combining Ventyx’s software products with ABB’s power and automation products creates a company better positioned than its major competitors—including GE, Siemens and Areva—to provide utilities with a complete package of enterprisewide information technology platforms and power automation systems to implement their smart grid initiatives. How will ABB’s competitors react to the Ventyx acquisition? Likely, they will attempt to fill their enterprise software gaps through strategic joint ventures and partnerships with smaller vendors. Ventyx is a smart grid milestone and should send a strong signal to other smart grid companies: They are in the right place at the right time, and now might be a good time to consider selling their companies to larger ones with the capital resources and utility relationships to enhance their businesses’ growth prospects.

Ventyx was owned by a private equity firm that put it together through several acquisitions. Industry sources said that it achieved a significant return on its investment. The transaction will draw further attention to the smart grid as a potential lucrative investment opportunity. Venture capitalists view the smart grid as a platform from which many applications will spring forth, as they have appeared, for example, on Apple Inc.’s iPhone. Venture capitalists have acquired many smart grid companies during the past two years. The coming year will bring a dramatic increase in such acquisitions and in venture capital firms’ selling the smart grid companies they invested in during the past few years.

A few days after the Ventyx acquisition announcement, building automation giant Honeywell acquired Akuacom, which provides automated demand response technology and services. The acquisition enhances Honeywell’s building control product lines and will enable it to provide utilities two-way communication with energy management systems at commercial and industrial buildings. Honeywell is thought to be the largest U.S. residential demand response company with more than 10 million commercial building and thousands of industrial facility customers. With Akuacom’s demand response technology, Honeywell will be able to go from inside a building to its utility company and provide an end-to-end connection between the utility and customer to reduce peak energy demand and maintain optimum building efficiency. The Honeywell move probably is the beginning of a major consolidation in the smart grid demand response segment as Honeywell’s major building control competitors—Siemens, Johnson Controls, Schneider Electric, EnerNoc and others—seek to enhance their demand response capabilities.

In April electrical gear maker Cooper Industries acquired smart grid start-up Eka Systems, which reportedly has raised more than $40 million from several venture capital firms to develop low-cost wireless mesh networks for utilities’ smart grid services. A Cooper press release said that Eka’s technology is at an early stage with little chance of being introduced soon, but that Cooper has a long-term commitment and plans to invest more in the Eka technology. Eka’s wireless networking technology complements Cooper’s EAS platform, which has sales of about $200 million.

The Eka and Akuacom transactions show large companies’ interest in enhancing their smart grid positions by acquiring smaller companies with advanced technology, products and services. In addition to achieving satisfactory selling prices, what motivates owners to sell their companies is their knowledge that successfully marketing their offerings to major utilities would be difficult and developing their offerings through completion probably would require substantial capital investment.

Another anticipated and feared event was Cisco’s May 25 introduction of its smart grid application products, including a router and a grid switch, based on its standard networking products but built specifically for electric utilities. Cisco signaled its smart grid interest in summer 2009 when an executive said that power networks eventually would eclipse the Internet as a business opportunity for Cisco. It also announced some build-buy partnerships with utilities including Duke Energy and Florida Power & Light (FPL). In 2008 it joined GE, Microsoft Corp., IBM, Intel Corp. and Oracle in the Pecan Street Project, an Austin Energy smart grid effort. In May 2009, Cisco joined FPL’s $200 million Energy Smart Miami project, which aims to link the city’s homes and businesses with two-way communicating electric meters. The project also includes GE and Silver Spring Networks, the leading smart meter communications networking provider.

In March, Cisco invested in Grid Net, a start-up with several smart grid products, including two software platforms under development. Other Grid Net investors include GE Energy Financial Services, Intel Capital and several other venture capital firms. Cisco announced in April that it had formed a smart grid technology board, and Smart Grid Ecosystems, an industry organization including Siemens and Oracle, to lobby for the adoption of an IP standard for smart grid communications. With its several-billion dollars, dominant position in computer networking, big footprint with utilities and corporations that use its equipment, and global business connections and reputation, Cisco has the resources to become the leading smart grid communications and networking provider. As it did in building its Internet communications and networking capability, Cisco will make several acquisitions to achieve its objectives. I suspect that Cisco has several companies active in these areas on its radar screen, including Trilliant Inc., SmartSynch, Grid Net and Silver Spring Networks.

While the Ventyx acquisition was a blockbuster, other large smart grid mergers and acquisitions likely will occur during the next year and beyond. If the recent past is any indication, many smaller ones will occur, as well. Unlike company owners in industries that have not recovered from the recession, many smart grid company owners have a window to sell their companies at attractive valuations.

The ideal time for an owner to consider selling a business is when business fundamentals are good and when several potential growth-oriented potential buyers need a company’s technology, products or services to achieve its objectives. There is nothing like competing, potential buyers to maximize the price paid and an owner’s other objectives. I do not have reliable information on all the transactions summarized, but for most of them, several potential parties showed strong interest. For most company owners, selling a business is a once-in-a-lifetime event that fuels emotion and is seldom pleasant until it is over. Because they have never been through it before, owners are prone to make serious mistakes. Owners should avoid the following 10 mistakes to smooth sales, close transactions at attractive prices and satisfying other objectives:

C.A. Burkhardt is senior managing director of HT Capital Advisors, a New York City-based private investment banking firm dating back more than 60 years. He is a former financial officer of Aetna Life and Casualty and was a director of Deloitte Touche’s merger and acquisition department. Reach him at 212-759-9080 or cburkhardt@htcapital.com.

Only 6 of 94 Index Companies Positive in May

For the first time since the C Three Equity Indices began in 2002, The Less Regulated Gas Index came in at the bottom, at least for one month’s performance.

Methodology, Components of Each Index

If you invested $100 in each stock of the companies tracked, what would the value of those shares be after a certain time? Historical share prices are adjusted for dividends, splits and spin-offs.