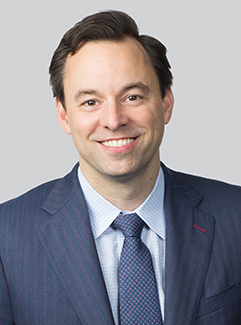 One of the first duties of newly minted GE Gas Power’s new CEO is to come to Orlando—for POWER-GEN International early next month.

Scott Strazik, a youthful yet 18-year company veteran recently named to head up the GE Gas Power business, will be a featured speaker during the keynote address Wednesday, Dec. 5, in the Valencia Ballroom of the Orange County Convention Center.

“We’re thrilled to have Scott, an industry legend re-entering the fray to help his old company, join us at the event,” said Teresa Hansen, vice president of content at Clarion Energy, POWER-GEN International’s owner and organizer. “His decades of insights on the power industry, as well as his brand new role looking into the future, make him a perfect fit.”

Strazik replaces Russell Stokes as one of POWER-GEN’s keynote speakers. Stokes, who had been CEO of GE Power, has moved to take the same role at GE Power Portfolio, which handles the energy giant’s nuclear and steam businesses.

These changes have come at a tough time for GE company-wide, but Power has been its largest division and pulls in more than a third of the company’s revenues, according to reports. GE replaced CEO John Flannery with Lawrence H. Culp this summer, who spent his first month evaluating the energy giant’s various pieces.

One of Culp’s first major decisions was to split GE Power into two important but smaller pieces. Strazik was named to head up the Gas Power unit after working as president and CEO of GE Power Services for the past five years.

Strazik, on his LinkedIn page, wrote that he was honored by the new role and will build a merged, customer-connected organization combining the talents and technology of Gas Power Systems, Power Services and Power Headquarters into one unified body covering the lifecycle of GE’s gas offerings.

“GE Gas Power will offer power producers around the world the technology, services, knowledge and insights they need to build, operate and maintain their gas power generation plants,” Strazik said. “We have the best people and the best technology to help our customers win. This new chapter will make us stronger and more competitive, and I look forward to what we’ll achieve together as the new GE Gas Power team.”

A graduate of Cornell and Columbia universities, Strazik joined GE in its Capital business as part of the financial management program. He also worked on the corporate audit staff, was chief financial officer of GE Aviation before joining GE Power as CFO for the $10 billion Gas Power Systems business.

POWER-GEN International is Tuesday through Thursday, Dec. 4-6 in Orlando. The nation’s largest power conference will have keynotes on both Tuesday and Wednesday, with featured speakers from Emerson, ABB, Orlando Utilities Commission, as well as noted economist Todd Buchholz.

(Rod Walton is content manager for Power Engineering and POWER-GEN International. He can be reached at 918-831-9177 or rod.walton@clarionevents.com)