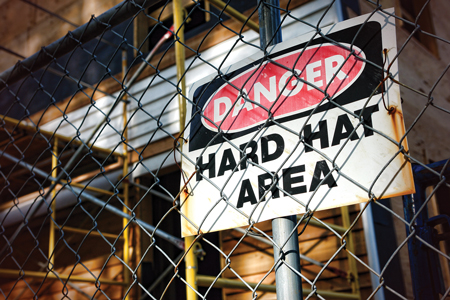 The Occupational Safety and Health Administration (OSHA) has required employers to report work-related fatalities and hospitalizations of three or more employees since 1971. Effective January 1, 2015, the reporting requirements, currently codified at 29 C.F.R. § 1904.39, have significantly expanded, allowing OSHA to more quickly and effectively target occupational safety and health hazards. The new requirements apply to all employers under OSHA’s jurisdiction, although states with their own occupational safety and health agencies might have different effective dates.

Under the new rule, employers are required to report:

“- Each fatality within eight hours, if the death occurred within 30 days of the work-related incident.

“- Each inpatient hospitalization, amputation or loss of an eye within 24 hours, for those losses occurring within 24 hours of the work-related incident.

The new rule expands the list of severe work-related injuries that employers must report to OSHA. The agency contends that incidents that previously were not reported, such as amputations and hospitalizations of fewer than three employees, are egregious events that should be reported. OSHA anticipates 25,000 additional reports per year under the new rule.

“OSHA will now receive crucial reports of fatalities and severe work-related injuries and illnesses that will significantly enhance the agency’s ability to target our resources, save lives and prevent further injury and illness,” said David Michaels, assistant secretary of labor for OSHA. “This new data will enable the agency to identify the workplaces where workers are at the greatest risk and target our compliance assistance and enforcement resources accordingly.”

As predicted, since its implementation, the rule has focused OSHA’s attention on industries and hazards that had previously slipped through the regulatory cracks. For example, the new reporting requirements identified an unexpectedly high number of amputations at supermarkets. In response, OSHA recently issued a safety fact sheet focused on preventing injuries to food slicers and meat grinders.

Changes From the Old Rule

The new rule also adds the requirement of reporting accidents that result in an amputation or the loss of an eye. Additionally, the new rule requires that a fatality, hospitalization, amputation or loss of an eye be recorded in an employer’s OSHA injury and illness records if work-related (and if the employer is required to keep those records), even if it occurs outside of the time frame required for reporting under the new rule.

Hospitalization is defined by the new rule as “a formal admission to the inpatient service of a hospital or clinic for care or treatment.” Under this definition, emergency room visits or admissions that are purely for observation or diagnostic testing are not covered. “Amputation” is defined in the new rule as “a traumatic loss of a limb or other external body part. Amputations include a part, such as a limb or appendage with or without bone loss; medical amputations resulting from irreparable damage; amputations of body parts that have since been reattached.”

Employers reporting a fatality, inpatient hospitalization, amputation or loss of an eye to OSHA must report the following information:

“- Location of the work-related incident

“- Time of the work-related incident

“- Number of employees who suffered the event

“- Names of the employees who suffered the event

“- Brief description of the work-related incident

This, for the most part, is consistent with the old rule, but adds the requirement to report the “type of reportable event.”

The reporting requirements discussed above apply to all employers under OSHA’s jurisdiction, even if the employer is otherwise exempt from OSHA’s routine recordkeeping requirements (employers with 10 or fewer employees).

Employers can report to OSHA by either:

“- Using the new online form that will be available soon on OSHA’s public website at https://www.osha.gov/report_online.

As with the implementation of any new rule, the extended reporting requirements come with an influx of new issues and concerns. To aid in its application, OSHA will be issuing interpretation letters further explaining the nuances of the new rule.

One concern is whether local OSHA offices will be overwhelmed by an increased number of injury reports. OSHA estimated that it will receive about 30 times as many reports under the new rule as it has received under the old reporting requirements. In response to this concern, OSHA claims that it will be able to respond in some manner to all reports, just not always with an inspection. Rather, it will determine on a case-by-case basis whether to launch an inspection. Around 40 percent of the reports in the first half of 2015 prompted OSHA investigations, said Michaels at an April meeting of the advisory committee on construction safety and health. OSHA also has stated that it will post reports of injuries or fatalities on its website.

Some businesses argue that because the increased injury reports will inundate local OSHA offices, a 24-hour time limit for reporting is unrealistic. For one thing, it is not always clear whether an injury constitutes an amputation, and it may take time in a hospital to get the full details on whether the injury is actually an amputation or whether it resulted from a work-related event. Additionally, the incident may happen at a remote facility and the person responsible for reporting may not learn of the hospitalization for some time. Employers have struggled with the question of whether an injury is “work-related” under the old rule, and the instances requiring this determination will inevitably increase with the new rule. In making this determination, it is important to note that the work event or exposure does not have to be the sole or main cause of an injury or fatality, but only a contributing cause. 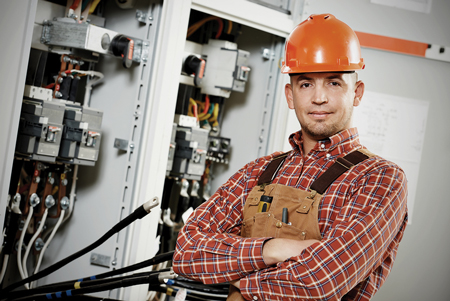 The penalty for a willful violation of OSHA requirements can range from $5,000 to $70,000 and is meant to “inflict pocket-book deterrence.” A failure to report under the new rule, particularly for a repeated violation, may result in a significant fine.

Some 27 states and territories have adopted OSHA-approved state plans. These state plans are required to contain standards at least equivalent to OSHA’s standards.

Though it may seem straightforward and simple, in practice, reporting and recording injuries and fatalities to OSHA often involves analysis of incomplete or conflicting evidence. To limit liability, it is especially important for employers to make sure the responsible operations and employee health and safety professionals are made familiar with the new reporting obligations and have a protocol in place that will result in timely reporting.

Stephen Cockerham is a labor and employment attorney on the Energy & Natural Resources team at Missouri-based legal firm Husch Blackwell.