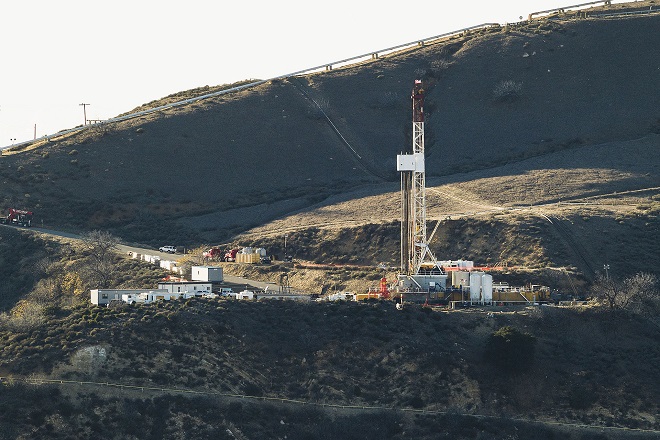 The 2015 blowout at the Aliso Canyon natural gas storage site was the result of a corroded pipe casing and safety failures by a California utility, according to an investigation released Friday.

The report also said  the company didn’t assess its wells for disaster potential before the Oct. 23, 2015 blowout that led to the largest-known release of methane in U.S. history.

It lasted nearly four months and was blamed for sickening thousands who moved out of their Porter Ranch homes — many to Ventura County — to escape a sulfurous stench and maladies that included headaches, nausea and nose bleeds.

Blade Energy Partners, which conducted the years-long investigation, said the company should have been able to plug the leak sooner.

For its part, SoCalGas released a statement saying the Blade report confirmed it complied with gas storage regulations in existence at the time of the leak. It also replied that Blade determined that the utility’s current practices and new state regulations address most, if not all, of the causes identified in the report.

“The release of this report marks an important milestone in helping the region and California move forward from the Aliso Canyon natural gas leak,” the SoCalGas statement read. “The leak was an industry changing event resulting in the development and implementation of enhanced safety regulations and practices.

“Today Aliso Canyon is safe to operate and Blade’s report indicates the industry leading safety enhancements and new regulations put in place after the leak should prevent this type of incident from occurring again.”

Natural gas infrastructure will be one of the Knowledge Hubs during POWERGEN International, happening Nov. 19-21 in New Orleans. The Knowledge Hubs will be on the exhibitor floor which also features about 900 companies in or connected to the power generation sector worldwide.