Imagine you’re walking through a jungle populated with all kinds of wild animals and have only heard of, but never seen, a tiger. For your safety, you need to know how to identify a tiger and take evasive action to avoid becoming its next meal. If someone told you a tiger has four legs, pointed ears, a long tail and whiskers, there’s a good chance you’d be frightened if a common cat crossed your path”and while your attention was on the cat, the tiger might sneak up on you. There is much difference between a common cat and a tiger, but not until you’ve seen and compared both can you process the differences and learn to recognize one from the other. It’s a simplistic example, but it highlights the critical nuances of learning. The same is true of machine learning: if you want a computer to distinguish a tiger from a cat, it must have the right parameters or features that uniquely define a cat and a tiger.

That might sound a bit counterintuitive; after all, the widely-accepted definition of machine learning from pioneer Arthur Samuel says that the computer can learn “without being explicitly programmed.” The key lies in the word “explicitly,” because when it comes to learning, neither machine nor human can start from nothing. 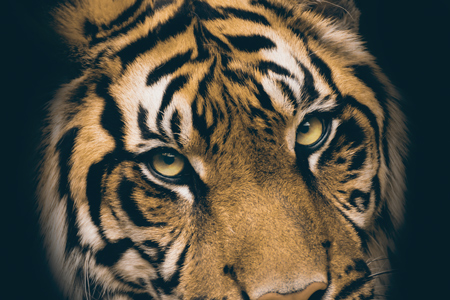 Let’s consider how human knowledge leads to machine learning. An analytical software solution that ABB has worked on for several years, ABB Ability Asset Health Center, uses data gathered from industrial assets to predict potential risk of failure and determine remedial actions. Just like the stroller in the jungle, the solution must process “normal” data operations to recognize the “comparative view” of data indicating potential risk. ABB’s 30 plus years of history creating industrial software provided data models for “operationally sound” assets, which the company used as a foundation for the analytical software solution.

ABB held a lot of transformer data from not only ABB transformers, but also from other vendors such as GE/Alstom, Waukesha and others. When developing its power transformer data models, therefore, it had a lot of useful information to build the foundation. The transformer health model was carefully crafted by translating and codifying experience and best practices from domain experts to create a system that could then produce automated decisions. Even with a full team of experts, it took several months to develop a first principles-based model to predict the probability of failure. In today’s dynamic and fast-paced business, companies rarely can dedicate that kind of time to creating a single asset model. This is where machine learning excels.

Machine learning, along with other branches of artificial intelligence, is not a new discipline. It started in the 1950s with work from famous pioneers like Alan Turing and the previously-mentioned Arthur Samuel. Today, because of advances in computing speed and the availability of accessible intelligence platforms like Microsoft Cortana, this field is rapidly gaining popularity and its adoption is growing exponentially.

Is There a Tiger in the Transformer? The Partial Discharge Experiment

Predicting and preventing industrial asset failure is core to asset health. In essence, you must recognize signs that can be safely ignored (cat) and those for concern (tiger). In ABB’s Asset Health Center, we decided to see whether we could use machine learning to teach our transformer model to recognize imminent failure based on partial discharge (PD) data. PD was chosen because it can be remotely monitored while the transformer is in service, which means that no planned outages or interruption to service is required while data is being collected. The goal was to predict an unhealthy state with enough advanced warning, so that corrective action could be taken before asset failure.

We knew that PD damages insulation and PD activity spikes immediately before failures. We didn’t know, however, whether there are patterns in PD activity in the months, days and hours leading up to a failure that could serve as an early warning indicator. Nor did we know what is the typical pattern of PD activity announcing an imminent failure or how far in advance this pattern appears?

We used PD data collected from six transformers connected to Qualitrol transformer monitoring systems. For more than a year, a measurement was taken every five minutes. Each measurement included data from six couplers placed on each transformer, with each coupler producing 64 data points. For this test, we looked at the number of PD events and the peak PD magnitude detected. To train the model, cross-validation was used where five of the transformers did the “training” and the sixth did “validation.” Then to confirm the results, the process cycled six times, rotating through each transformer for validation.

Initial Results Indicate a Potential to Save Millions

The right data is essential in learning, and learning, as demonstrated by the cat and tiger example, is the ability to discriminate. Had “black stripes” been a descriptor data point, we would not have ruled out all cats, but it would have narrowed the field. Add three-inch teeth and the distinct “meow” and that might have done it. The same holds true with machine learning-the more unique features used in the training process, the “smarter” the machine becomes.

In the PD experiment, all the data gathered was fed into a neural network to process and identify patterns leading up to failures. Three instances of failure in the dataset were detected-a small sample for teaching a model to recognize failure and generalize to all failures. Even with the less-than-ideal data, however, there was enough PD activity information for the neural network to learn patterns and warn of impending failure up to eight hours in advance-an amount of time that could prevent the loss of millions of dollars of equipment. This was encouraging because we can only expect further improvement in identifying and classifying incipient faults as the model is refined and the dataset grows larger and more diverse.

Machine learning, as with all learning, is a synthesis of foundational knowledge. In other words, learning can take place only by building upon base knowledge; and, the stronger the base knowledge, or in this case the data models, the faster and more efficiently machines can learn to discern. Without the available history and domain knowledge used for building the PD asset health data models, time would have been wasted analyzing and mapping irrelevant data sets and algorithms, and we might never have come to these conclusions. In the jungle of asset management, finding tigers-recognizing impending asset failures-is a matter of knowing the right combination of warning signs.

Even with a full team of experts, it took several months to develop a first principles-based model to predict the probability of failure.

CJ Parisi is chief data scientist with ABB Enterprise Software. He has 22 years of experience developing and delivering utility and mining software, providing both operational and reporting solutions.