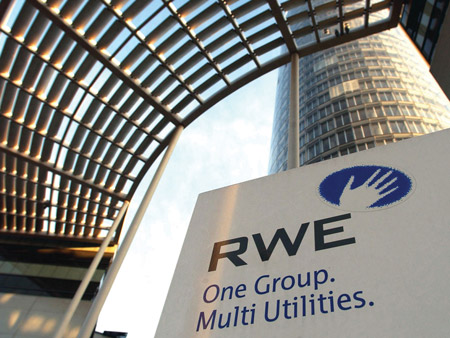 In the middle of October RWE has officially commissioned the largest photovoltaics plant in Hungary. The 16 MW plant is located about 2 km from the town of Visonta, northeast of Budapest.

The station comprises 72,480 solar modules with a nominal capacity of 255 watts each. In a sunny country like Hungary the solar power plant will produce electricity from dawn to dusk on most days; enough to supply about 4,000 households with renewable energy.

The CO2 emissions of the country will be reduced by 24,000 tonnes. And the plant is also a prime example of sustainability in another sense: It was built on top of a decommissioned sludge basin that was expertly filled in and covered after 20 years.

The project was implemented in collaboration with companies from Hungary, Austria and Romania. The preparation phase of the project commenced in early 2013, construction work started on June 1, 2015.

At the end of 2014 the installed solar energy capacity in Hungary was about 80 MW. The share of renewables in gross power consumption was 6.8 percent at the time. By the end of 2020 this is to increase to at least 10.9 percent.