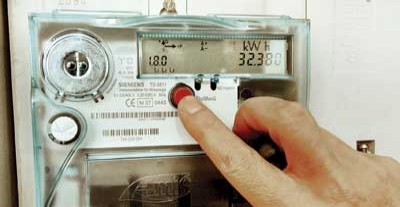 In 2009, smart grid investments topped $10 billion worldwide, and in coming years, the influx of capital into the next-generation electricity grid is expected to grow rapidly. Though still in its early stages, the next-generation grid presents innovations that are beginning to see significant traction in the marketplace. Those smart grid innovations are changing the way energy users interact with the electricity grid. As the network becomes more complex, so will the demands on energy industry employees. During the transition to a smarter, more decentralized grid, the industry will face challenges from turnover in an aging utility work force and an increased need for enhanced job training. Changes in energy distribution and management promise to expand employment opportunities for a new wave of energy industry workers.

The utility work force is aging, and the Department of Energy (DOE) estimates that as many as 50 percent of current industry employees will retire by 2015. Though the current economic climate might have kept fewer workers from retiring than originally projected, the industry should expect significant turnover, most important among skilled workers. In its assessment of the electric utility work force, the American Public Power Association (APPA) revealed that most industry stakeholders it surveyed said that vacancies among the “skilled trade” positions would be among the most difficult to fill.

As the electric utility work force has aged, so has the grid it serves. The grid infrastructure used today largely was finished by the 1970s and contains mostly the same equipment and devices that have powered the nation since the 1920s. The retirement of a significant portion of the nation’s line workers is met with particular concern, especially as utilities prepare for a major overhaul of the existing transmission system. The electric industry is addressing the line worker shortage, and the APPA has recommended several initiatives, including increased funding for training programs.

In the U.S., the challenge of electricity worker training is beginning to be addressed through government-supported programs, and a major new DOE proposal is taking a long-term view of the training process. In April the department announced it would dedicate nearly $100 million toward smart grid training. The funds will be split between training and retraining programs for current and transitioning workers, as well as 33 separate projects at universities, community colleges and technical schools that will develop new curricula for the future smart grid work force. Both spending programs will be essential to the long-term maintenance of an electrical grid work force. This program design, however, also belies a more fundamental shift in the energy industry work force, one that is turning employees’ focus from energy infrastructure development to energy application development.

The Next Generation of Smart Grid Jobs

A stable electricity transmission system is one of any nation’s most valuable assets, and information technology and software engineering have become increasingly important to electricity distribution. Though it is difficult to derive consensus on the essence of the smart grid, most industry sources agree that its great promise lies in the creation of improved communication and information systems that allow for better grid management. During the past decade, the market has confirmed these assumptions as energy management firms have shown dramatic growth. A recent Pike Research study estimates that the field of smart grid data analytics alone will grow to nearly $4.2 billion in annual revenue by 2015.

The easiest way to describe the state of the smart grid is to compare its development to that of the Internet. The Internet can be described as having two layers: infrastructure and application. The infrastructure layer consists of the communication and processing network: the routers, switches, servers and other enabling equipment that make data exchange possible, efficient and fast. The application layer rides over that infrastructure to unlock the value of the Internet for its users. Amazon, eBay, and Salesforce.com, for example, rely on that essential underlying network of cable and machinery to drive value.

Similarly, the smart grid has an evolving infrastructure layer comprising a range of technologies, including advanced transmission and distribution hardware, advanced metering infrastructure (AMI), and altogether new communications networks and protocols. That infrastructure itself, however, will not be intelligent; it only has the potential to be. The grid will become smart when information technology personnel and software developers leverage the technological capabilities of the infrastructure and data it produces to create new applications that increase energy productivity. As the grid’s infrastructure is enhanced through a better trained field work force, efficiency, reliability and customer service applications will be developed by a new form of energy employee. With the proper support and training, these employees and the applications they create seem poised to justify today’s investments in the smart grid and the work force supporting it.

How, then, will a new wave of energy industry workers make the most of this transition? By focusing on the marriage of technology and energy distribution in the application layer of the smart grid. Today’s energy work force has seen a significant expansion of opportunities in energy management, energy efficiency services, energy information technology and energy consulting roles. If this pattern is to continue, the growth in new jobs likely will occur outside the utility sector.

The Bureau of Labor Statistics (BLS) noted in its 2010 Occupational Outlook Handbook, “Despite increased output, employment in electric power generation, transmission, and distribution and in natural gas distribution (utilities) is expected to decline because of improved technology that will increase worker productivity.”

As the BLS indicates, utility employees intending to remain in the field must become increasingly well-versed in emerging technologies.

The BLS expects that the professional, scientific and technical services sector will see the greatest job growth during the next decade, second only to health care. Employment in computer systems design and related services likely will lead the way and is expected to increase 45 percent, accounting for nearly one-fourth of all new jobs in the sector. Energy services jobs are well-positioned to benefit from this growth in technical services employment opportunities as the smart grid continues to grow.

The promise underlying the smart grid is that the combination of stable infrastructure, innovative communication protocols, robust software systems, industry-specific energy expertise, and 24/7 services will create a more cost-effective, reliable, secure and clean energy ecosystem. While smart meters and existing building management systems are capable of generating volumes of detailed energy data, the challenge is to distill this information into actionable business intelligence. Tomorrow’s energy industry employees will benefit from firm government backing, as well as a defined and growing market need, as they work to unlock the value stored in energy data and create the advanced applications that will provide real value to the next generation electricity grid.

There is no official start date for the smart grid work force. We cannot pretend that today’s work force will slip quietly away one Friday evening only to be replaced Monday by a work force fully prepared to work within the smart grid world. Instead, organizations should expect many years of change and sometimes even challenging transitions. Change has become the new normal, and the pace likely will accelerate throughout the foreseeable future.

There is no one-size-fits-all solution that will guide workers through the changes. Nevertheless, organizations can ease the transition through the implementation of a long-term change management strategy that embraces the continuous nature of change and provides routes that lead to a common destination.

First, analyze. Leaders must separate the future from the past. This sounds easy, but it requires a conscious effort for people to break away from comfortable routines and habits.

Then, craft an implementation plan. Remember, sustainable change cannot be achieved within one meeting or through a few glib words in a memo. Before rolling out change to front-line and mid-level employees, leaders must be behind it.

Don’t forget that without high-level support, even the most insightful initiatives will falter quickly. People look to managers and leaders to determine whether this will be a short-term initiative or a substantive change. Demonstrate serious leadership commitment.

Once proper leadership support has been secured, communicate the reasons behind the change. Communicate, involve people and be honest.

People struggle with change. They begin exercise programs and weight-loss plans, but they soon abandon them. A gap exists between the intention and their actions. Create structures that make it easier to adopt the new process than to fall back into old habits. Reinforce and institutionalize the change.

Bill Sherman is co-founder and managing partner of Intulogy, a provider of outsourced training programs. He specializes in next-generation learning solutions such as social learning and simulation training.