By Teresa Hansen, editor in chief 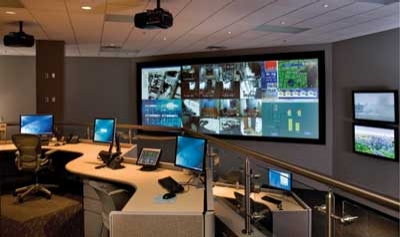 A recent Institute for Electric Efficiency survey revealed that more than one in five U.S. households has a two-way communicating digital electric meter, and that by 2015, more than half of U.S. homes will have smart meters. In Europe, smart meter and smart grid roll-outs are occurring at an even faster pace. The U.K. government mandated in 2010 that 53 million smart meters (gas and electric) be installed in 30 million homes by 2019. The European Union (EU) implemented 20/20/20 targets in 2007 that are proving to be a powerful driver for smart grid and smart meter implementations in Europe.

POWERGRID International recently interviewed Mark Munday, president and CEO of Elster Solutions, a global metering company with utility clients in the U.S., U.K. and EU, to get his views on the smart grid and smart meter evolution occurring on both sides of the Atlantic.

Munday: I can’t speculate on whether financial problems will impact smart metering and energy efficiency initiatives, but it’s important to note that a long term view of return-on-investment presented by metering and energy efficiency is vital. Smart metering will be an essential building block in the future smart grid, which is needed to update current electricity infrastructure that, as is, cannot cater to consumers’ future demands. The cost of not implementing energy efficiency measures now could be a greater financial burden for countries in the future.

PGI: The U.K. government has mandated the rollout of about 53 million smart meters. Can you provide a few details about the program and how you believe it will impact utilities both operationally and financially?

Munday: The U.K. government recently announced that mass smart meter rollout to the U.K.’s 30 million homes and businesses will begin in 2014. Before this, utility providers and suppliers will offer smart meter solutions to up to 4 million “foundation” customers. This phase is designed to help the industry engage with consumers, find out how best to offer attractive solutions and help improve customer engagement.

Smart meter introduction across the U.K. by 2019 will change how consumers use energy. Smart meters have already prompted a greater focus on successful customer relationship management.

PGI: How is customer acceptance and understanding of the U.K. meter rollout?

Munday: The U.K. smart metering movement is off to a good start, largely due to government guidelines, industry collaboration and early consumer group engagement.

PGI: Some smart metering initiatives in the U.S. are being fueled by American Recovery and Reinvestment Act (ARRA) funds. Beyond that, however, no federal initiative exists. Is the state-by-state and utility-by-utility strategies sufficient, or would a federal mandate similar to the U.K. mandate be more beneficial to U.S. utilities and consumers?

Munday: A federal mandate would encourage rollouts. The EU’s 20-20-20 target is the main driver for smart metering across Europe. In the U.S., every state has different mandates and regulations. In addition, in the U.S. many utilities are rural cooperatives or municipalities, making incentives, pricing structure and business processes different.

U.S. deployment approaches have been mixed. Some utilities have used federal funding to deploy smart grid, however, a number have rolled out smart grid infrastructures without federal funding. The U.S. government can take a leadership position in driving smart grid adoption by promoting national deployment standards. States currently must determine individually which technology standards will be adopted.

PGI: How does consumer acceptance and understanding of smart meters differ between U.S. and EU consumers?

Munday: It is interesting that U.S. and EU consumers are similar when it comes to the need for general smart grid education. Globally, utilities must educate consumers, defining smart grid and explaining the energy and cost-saving benefits it delivers. Only then can consumers make well-informed decisions on impending smart meter rollouts.

Privacy is another area of common interest between the U.S. and EU, although it appears to be a greater concern in Europe than in the U.S. In the Netherlands, for example, planned smart meter rollout has been delayed due to consumer protests centered on privacy concerns. This is being addressed through consumer groups.

In addition, some U.S. consumers are concerned with safety issues, such as the claimed heath effects of smart meters. These misconceptions often are based on a lack of understanding about smart grid and smart meters. In fact, a number of independent studies have proven that smart meters do not present health-related risks. Smart meters generally emit lower radio frequencies than cellular phones or microwave ovens, products widely used in the U.S. This is not, however, well-understood.

PGI: Which utilities in the U.S. and Europe are doing well educating customers and winning them over to smart metering and energy efficiency initiatives?

Dean Keeling, managing director of British Gas smart homes, said, “We want our customers to understand the energy they use and make informed choices about when to use it and how to save it. Smart meters and energy displays are the foundations for doing this, which is why we want to get them rolled out as quickly as possible.”

In the U.S., Silicon Valley Power (SVP) has taken a proactive approach to consumer education. Located in a geographic region that is a hot bed for smart grid concerns, SVP is moving forward with a comprehensive smart grid program. SVP’s Meter Connect program was established to address consumer concerns through a comprehensive education program. Program materials include a website portal, FAQ (frequently asked questions), as well as an informative infographic outlining how the technology works.

The Salt River Project (SRP) possesses one of the world’s largest two-way advanced metering infrastructure (AMI) systems for registered time-of-use (TOU) pricing and has enabled its customers to better monitor and manage their energy consumption based on pre-selected TOU rate programs. Via a portal on SRP’s website, customers see a clear picture into how much energy they use and how much it costs at various times. In turn, customers can make decisions to use electricity during off-peak, less expensive hours, and have access to their historical energy use data to track progress. Customers can make meaningful adjustments to their energy usage patterns with insight and knowledge at their fingertips.

PGI: What smart metering features seem to be most accepted, understood and valued by consumers in U.S. and Europe?

Munday: In-home displays are mandated in the U.K. and are expected to deliver significant savings. They could be adopted across Europe. VaasaETT (global energy think-tank) looked at data from 450,000 homes that participated in 100 smart metering pilots. It found, on average, an 8.68 percent reduction in energy consumption where in-home display units were deployed.

In Europe it is critical for companies and regulators to address data privacy in the move toward a smart and sustainable energy society. European and U.S. industries must ensure their solutions are secure and protect consumer’s privacy to warrant long-term smart meter acceptance.

In the U.S., widespread smart grid adoption is still a goal. Consumers who have smart meters appreciate the choices, outage recovery and add-on services that smart grids provide. In terms of choice, TOU rates enable consumers to manage their energy usage based on times when electricity may be more or less expensive. For example, consumers can determine when it would be most cost efficient to do laundry. In addition to TOU, consumers understand bill prepayment. Consumers who prefer prepayment receive the added benefit of lower bills because many customers who prepay can set limits and easily track their energy consumption against those limits.

Another appreciated smart grid value is outage restoration services. Consumers can appreciate that the utility has better insight into outages and can more easily pinpoint service issues, dispatch repair crews and restore service faster than before smart grid implementation.

Lastly, add-on services, such as free city-wide Wi-Fi or Internet connections for customers leveraging smart grid networks in certain municipalities have made consumers feel they are getting value from smart grid. Kansas City Board of Public Utilities and SVP are good examples.

Online consumer portals have been critical to allowing customers, such as those with Westar Energy in Kansas, to have Web access to their up-to-date energy usage and cost information.

Proactive alerts, via email or text message, notify customers when they approach an energy usage or dollar amount threshold that they’ve established in advance. Customers also can get bill estimates via weekly emails and daily usage updates. By providing customers access to this information and financial incentives, smart grid is empowering them, making them more aware of their usage and its financial impact, as well as enabling them to more effectively conserve energy.