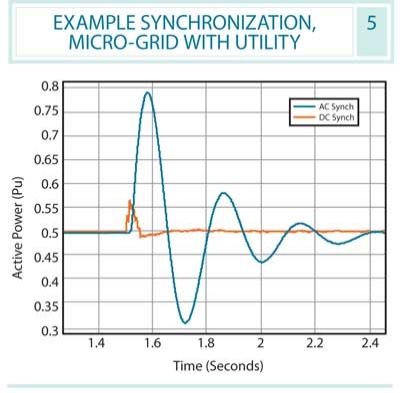 One of the most important divides falls along the question of how to engage consumers in monitoring and responding to their power-usage data. Two basic philosophies are taking shape among utilities, energy service providers and regulators in different parts of the world, and it will be interesting to see whether both approaches deliver the envisioned smart grid benefits.

How do AMI goals and challenges range across the international landscape? What’s different across nations? And what’s shared?

Delivering on the Smart Grid’s Promise

Advanced metering infrastructure assumes a broad set of capabilities that are seen as integral enablers of some of the smart grid’s most dramatic innovations: two-way flow of information and control, time-of-use pricing, demand response, load control and customer choice, among them.

The smart grid will empower energy consumers with more information about their usage and in relation to the other demands on their utilities’ systems. In various ways, this will allow them to make more intelligent choices to manage their home area networks (HANs) and when and where to spend their energy investments.

A consumer, for instance, would be able to see the times of day when demands across the community—and, in some cases, energy prices—are at their highest, perhaps encouraging the consumer to shut off the home air conditioner until an off-peak period. In this way, the power grid would become more reliable, efficient and environmentally neutral. This is a dramatic improvement. Currently, if usage is not voluntarily curtailed during system grid emergencies, power is suspended to particular regions or subdivisions until demand subsides. AMI comprises one of the tools that will enable the smart grid to keep power flowing to all while ensuring protection for critical infrastructure applications.

Similarly, AMI will grow in importance as more consumers shift to electric vehicles. If most of the vehicles are plugged in for recharging when workers arrive home between 5 and 7 p.m., the power grid must be managed so feeders and transformers are not overwhelmed. Distributed generation, regionalized storage and AMI will have roles to play in ensuring that the smart grid can accommodate the emergence of an electric-vehicle infrastructure.

By merging usage information, price signals and control capabilities, AMI is one of the smart grid’s key components for anticipating peak loads, relieving energy supply constraints and empowering consumers to more wisely monitor and manage their power consumption. Billions of dollars are being invested in AMI deployment around the globe.

In Europe, however, the motivation in installing AMI such as smart meters appears to be largely limited to the operational efficiency of automatic meter reading. Capabilities such as demand response and load control in the HAN environment seem secondary in importance to smart metering’s potential to reduce utilities’ labor cost, sick leave, etc., by reducing the manual labor that has been involved with monitoring meter usage.

Europe is challenged with having to define a common smart grid methodology across the country-specific goals of the diverse European Union membership. Real differences exist among jurisdictions regarding how the smart grid is being rolled out; Italy and Sweden, for example, seem significantly further along than the United Kingdom and Germany.

While the EU has set a smart meter target deployment to more than 80 percent of customers by 2020, a question emerges: What is “smart?” There is neither much talk about adjusting pricing models to encourage off-peak usage, nor is there a lot of planning regarding an electric vehicle infrastructure. To the extent that customers are expected to participate in controlling their loads, it is to take place via customers’ proactively adjusting their power usage based on information they receive independently of metering infrastructure via the Internet.

It remains unknown whether electric growth can be contained without tighter integration of the consumer-information piece.

Jockeying for the HAN

In the United States, demand response is a key capability if the smart grid’s potential for empowering consumer choice and reducing peak demand will be realized. Consequently, there exists substantially more emphasis in the U.S. than in Europe on building secure, wireless HANs that enable consumers to directly respond to usage data with automatic adjustments to thermostats and other smart appliances.

That U.S. conversation is complicated, however, because many providers of various technologies are lining up to be the dominant HAN solution. Likely, multiple approaches will have roles.

The jockeying is an understandable stage of implementation because so much money is at stake. But there are negative consequences. It creates a lack of credible clarity for major original equipment manufacturers (OEMs), such as appliance makers that need to make technology decisions today based on what the smart grid might look like tomorrow. It’s problematic for regulators, too, who face sifting through the confusion and making sound, forward-looking decisions while their constituencies are unusually distrustful of government.

The smart grid’s philosophical divide about how consumers will be engaged in controlling electric usage extends beyond the EU and U.S. China’s approach, for example, is similar to that in Europe while Australia’s environment appears more in sync with that of the U.S.

Commonalities exist across markets, too. Regardless of how consumers are engaged, one characteristic of smart grid implementation everywhere will be a meter that is generates data at a much faster clip than historically has been the case (one data point per month). In whatever ways AMI is leveraged, utilities will be collecting far more information in global smart grid deployments than they ever have before. Meter data management and backhaul communications are challenges that will be faced around the world. We will explore both issues in subsequent articles in this series.

This article is the first in a series of articles on metering by Heile. Look for his second article in this series on meter data management in the August issue.

Bob Heile is a 30-year veteran in data communications and wireless data. He is the chairman and founding member of the IEEE 802.15 Working Group on WPANs, chairman of the ZigBee Alliance, co-chairman of IEEE P2030 Smart Grid Communications Task Force and a founding member of 802.11. Haile has a bachelor’s degree from Oberlin College and a master’s and doctorate in physics from The Johns Hopkins University.