More
Home News The Communications Future is Now, but plan your Smart Grid for Tomorrow 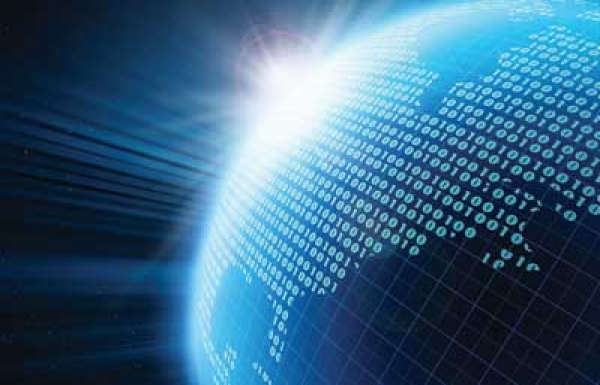 If anything has been learned over the past 10 years about the smart grid, it is that a communication network needs to support more than just metering. The evolution from automatic meter reading (AMR) to advanced metering infrastructure (AMI) to smart grid teaches that the network will be required to work harder, faster and carry a bigger data payload as advanced functionality makes its way onto the grid.

AMR to AMI Evolution and Beyond

Most smart grid projects are built around the need to solve existing problems along with those that are immediately foreseeable. Utilities are good at estimating their near-term communications needs, but they may have difficulty quantifying future requirements due to the brisk pace of grid technologies and applications evolution.

It is difficult to determine exactly what utilities’ communications needs will be five, 10 and 20 years down the road.

The only sure thing is that a rigid infrastructure will limit a utility’s ability to evolve. What seems to be a good fit today may constrain future functionality. Utilities don’t want to be in a situation where their assets’ lives fall short of the projected payback period.

While increased economic and environmental drivers to deploy smart grid communications exist now, utilities are challenged to select a platform that will serve them well over the long term. Making a significant capital investment without clarity on uptake, cost recovery or regulatory framework weighs the decision with uncomfortable risk.

It’s no wonder that many utilities are reluctant to make a commitment when only a few of today’s popular communications options existed 10 years ago.

The goal is to find the correct balance right of system longevity, reliability, cost and ability to support a range of future functional requirements. A smooth, cost-effective evolution to the smart grid requires a utility to pick the right starting point then migrate to next step technology at the right time.

First generation AMR adopters are challenged with how to continue to get value from an existing system in a rapidly changing world.

How can the system adapt to additional needs like demand response and distribution automation while positioning itself for longer term needs such as distributed generation? Deploying parallel communication systems isn’t acceptable from cost, integration or operational perspectives. On the other hand, prematurely writing off a large investment doesn’t make sense either.

It creates a dilemma: Continue to use outmoded AMR technology and fall behind in functional capabilities, or deploy a new smart grid communications network but write-off assets, often years before return-on-investment is realized.

Neither is acceptable or necessary.Many vendors offer upgrades from a legacy one-way AMR system to a two-way network. Utilities must be sure, however, that it is really an upgrade and not a wholesale change-out involving new technology at substations and injection sites? Most utilities cannot afford such an expensive proposition.

Even a cost-effective upgrade may just delay the inevitable. Is the pipeline too narrow for time-of-use (TOU) and critical peak pricing, demand response, controlling distributed storage or other applications? Will a utility have to pick which features to implement and which to ignore because sufficient bandwidth or bit rate isn’t available to support the full range of functionality?

One alternative is to gradually replace AMR with AMI. An overlay strategy allows a utility to continue to get value from its original system while surgically deploying two-way communication to those locations that justify additional functionality on an as needed basis.

For example, a utility could target high-need, high-return commercial and industrial accounts that are currently under-served by the existing technology. It could begin TOU pricing, load control programs or both at volunteer homes in order to determine which projects are likely to succeed. It could add next generation functionality in new subdivisions. Multiple departure points exist. Utilities must go where the business case is most compelling or, as some like to say, pick the low hanging fruit.

The transitional overlay approach is step-by-step and proceeds at the utility’s desired pace. Overall, an overlay approach requires investment in new technology, but typically not nearly to the degree of a complete system refurbishment, and with much more effective risk management, targeting and business case justification. The advantage it brings is a simple, cost-effective migration to a communications method that has the speed, capacity and scalability to support data-intensive applications.

“Either/or” network decisions can leave a utility out in the cold. As the following case studies show, the ability to mix-and-match communications options helps utilities evolve step-by-step with the smart grid and ensure that they have the capacity and flexibility to support future functionality.

Pulaski Electric System (PES) is a Tennessee-based electric utility that combined the reach of radio frequency (RF) technology and the speed of fiber-to-the-home (FTTH) to a customer base that spans both urban and rural service areas.

Pulaski implemented a FTTH network in 2007 to provide in town residents and businesses with high-speed Internet access, as well as high-definition video entertainment and high-quality digital phone service. Extending FTTH to remote communities and isolated farms, however, was not practical given the low density of potential subscribers.

For this reason Pulaski selected a system that could operate in both wired and wireless worlds.

A hybrid approach enables Pulaski to use both its FTTH network and 220 MHz RF for rapid and reliable two-way data transport. The utility gets more value from FTTH by using it for triple-play media and as its AMI backbone. Furthermore, it can quickly and easily bring smart grid functionality to customers on the edges of its service territory via the wireless network, where customer service costs are highest. This minimizes truck rolls, removes high-cost reads and ensures that all customers receive the same high level of service, regardless of location.

Although the system PES chose operates in both Internet protocol and RF environments, at its core it is a single network. This simplifies integration to other critical applications, provides a comprehensive coverage solution and facilitates migration from RF to FTTH as the fiber network is expanded. It also gives PES the freedom to evolve according to its own business goals and operational priorities

As a result, PES avoids the costs and complexities that would have resulted from deploying, managing and maintaining two separate AMI networks.

The hybrid network offers the scalability and capacity that will enable PES to implement demand response, energy-efficiency programs and in-home displays to whatever degree is desired without retooling the entire network—or worse still, starting over from scratch.

Virtually unlimited bandwidth gives EPB lightning fast, two-way communication with every device in its distribution system. While a network this robust is overkill for metering, EPB realized that fiber is the ideal medium for tightly coordinated, time-sensitive applications such as load shedding and distribution automation. With virtually limitless data capacity and real time responsiveness, EPB’s fiber optic network will not become congested or lose latency as millions of smart meters and smart appliances join the network, and as data intensive communications with these devices becomes more frequent.

EPB built fiber optics throughout its entire customer service area and communications services are now available to all homes and businesses. By the end of 2012, all 170,000 homes and businesses will be equipped with a smart meter. Although building the network is the first step, it was the smart grid—not TV, Internet and phone services—that drove the business case.

The U.S. Department of Energy (DOE) recognized the project’s benefits and awarded EPB a $111.5 million stimulus grant so it could fast track the project.

The smart grid and communications benefits of a 100 percent fiber optic infrastructure is paying off by attracting new business, like Volkswagen’s new North American manufacturing headquarters and an Amazon distribution plant.

Tammy Zucco is the chief marketing officer at Tantalus.