In 1907 during a Major League Baseball game, the winning team stole second base 13 times.

The catcher for the losing team, Branch Rickey, was unable to pick off even a single runner. That record stands to this day.

It also spelled the end of Rickey’s baseball career after just two seasons. With nothing else to do, he went to college and law school.

Six years later, he returned to Major League Baseball—this time as a manager—and what a manager he turned out to be! 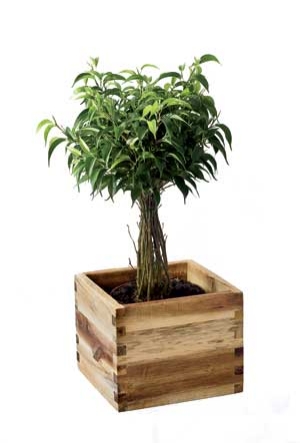 He created the modern baseball farm system that enables major league teams to nurture and develop future stars through their minor league teams.

He was the first to establish a permanent spring training facility in Florida. He changed the way statistical analysis is used in baseball by proving that on-base percentage is more important than batting average.

Rickey is best known, however, for breaking the color barrier by bringing Jackie Robinson, a black man, into the major leagues. It earned him a spot in the National Baseball Hall of Fame.

You can’t take advantage of an opportunity if you don’t have the skills. It’s a good recipe for success, but it doesn’t reveal the secret main ingredient.

A funny old Frank Sinatra song gets us a little closer to the answer. Do you remember these lyrics from “High Hopes”?

I love that song because a stanza later, we learn the ant can.

Is having high hopes the secret ingredient? No, but it gets us closer to it. You see, the ant succeeds because he doesn’t know that he can fail.

Think about some of the people you know who are successful. What is it that makes them big achievers? What traits do you associate with them?

When I ask this question of my audiences, I frequently hear the following ingredients: courage, perseverance, enthusiasm, discipline, confidence, decisiveness, self-reliance, responsibility, focus, ambition and optimism.

None of the above. That’s right, none. Yes, they are all important, but there is one ingredient that makes the cake: your belief that you will succeed. It’s called self-efficacy. Your belief in your ability to achieve what you seek is the biggest part of getting there. The best part is that self-efficacy is a trait that can be acquired at any age.

We acquire a sense of self-efficacy in four ways.

The first way is cumulative. With each success we achieve, we add a new layer of confidence in ourselves.

The second way is through observation. When we see someone similar to ourselves succeed, we realize that we can, too.

The third way is controlled by our attitude. A positive attitude enhances our belief in our abilities whereas a negative one destroys it.

The fourth way is from the encouragement of others who believe in our ability to succeed. This is where you, as an effective manager, can help your people succeed.

Tell them that you believe they can meet their goals, and you will help them believe it, too.