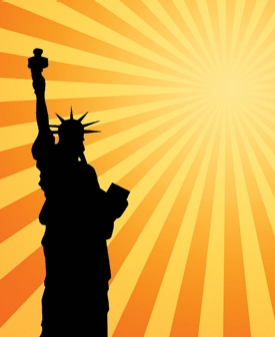 Friday, July 22, 2011, was the fifth day of a record-breaking heat wave in New York. Temperatures had been climbing steadily since that Monday.

Ongoing heat waves—especially during the workweek—stress the power system more than shorter, more discrete instances of high temperatures. So the timing of July 2011’s heat wave couldn’t have been worse. Although temperatures had been forecast to ease somewhat on Friday, our revised forecast that morning indicated electric demand would shatter the state’s all-time record peak.

Hot weather can cause New York’s summer peak demand to spike 30 to 40 percent above the average electricity use. In recent years the average annual usage has been roughly 18,500 MW, but by the noon hour July 22, the load was already 33,767 MW—only 172 MW short of the 33,939-MW record peak set Aug. 2, 2006. Given the way load typically increases throughout the day, we were on track to set a record peak load of nearly 35,000 MW that afternoon.

It wasn’t how we expected things to work out that day.

Friday’s temperatures were much higher than forecast, and the resulting electric demand was about 1,600 MW greater than expected. Worse, we were relying on Canadian imports, some of which were being impacted by transmission limitations outside of New York state.

Yet by 1 p.m. Friday, the situation started changing dramatically. Thousands of end users across the state shut off lights, idled machinery and raised their thermostats to reduce cooling demand. As the afternoon wore on, electric demand climbed only slightly, topping out at 33,865 MW.

The efforts of a valuable group of New York electricity users helped keep the grid operating reliably, but their actions were not a coincidence. These consumers were part of the New York Independent System Operator’s (NYISO’s) innovative demand response (DR) programs.

A decade ago, New York faced a “generation gap.” With the emergence of New York’s competitive marketplace for wholesale electricity, however, new resources were developed, including DR programs that provide incentives to consumers who reduce their power usage during peak demand. Today New York has an excess of available resources, but DR remains vital to our summer preparedness plans.

DR programs encourage large power customers and aggregated sets of smaller consumers to reduce usage during peak demand, which allows the NYISO to meet statewide demand without a corresponding build-out of new generation.

Most U.S. grid operators use some form of demand-side management, but the NYISO helped pioneer DR and maintains two key programs focused on managing usage when summer heat might impact reliability.

The first of these programs is called the Special Case Resource (SCR) program. End users who participate in the SCR program are subject to regular testing and receive a market-based monthly capacity payment in exchange for reducing demand at the direction of the NYISO.

The other important reliability-based DR program is the voluntary Emergency Demand Response Program (EDRP) that pays participants per event for requested reductions. The payment is $500 per megawatt-hour or greater depending on the prevailing marginal price of electricity. There is no penalty for EDRP resources that do not respond, but because SCR resources receive a capacity payment, they risk being penalized if they fail to respond when needed.

There were 5,807 end-use locations enrolled in these programs during summer 2011, with SCRs’ accounting for most of our DR providers. Of the 1,417-MW estimated reduction in demand on July 22, 1,364 MW were from SCR program participants.

Managing DR resources brings major operational challenges, such as determining when to activate them. The programs require day-ahead notification so participants can prepare to curtail usage. Given the uncertainties in forecasting next-day demand, however, the need for DR isn’t always clear. System operators such as the NYISO must balance the need to have providers at the ready with the understanding that unnecessary notices for potential activations will impact their normal daily operations. Even without day-ahead notification, some DR resources might be capable of performing, and such capability can provide value for grid operations.

The activation for July 22 is a good example. Based on weather forecasts, we did not expect Friday’s load to exceed Thursday’s.

Nevertheless, we notified all DR resources for potential activation on Friday although we did not need all the DR resources for the previous day. That decision proved wise because the weather did not begin to cool as expected and demand was even higher than it was the day before.

DR providers are required to respond for a minimum of four hours. As we saw during the July 2011 heat wave, most can maintain performance longer. On July 22, DR was needed for six hours.

Some incentives encourage resources to continue to respond beyond the minimum required time, but the NYISO is considering modification of the minimum response time to correspond better to our operational needs.

Effective DR programs have been a great success story since the establishment of competitive wholesale markets. July 2011 showed DR is vital to managing the grid.

These resources have proved their ability to help maintain system reliability while reducing the need to build conventional resources for resource adequacy.

Rick Gonzales is senior vice president and chief operating officer of the New York Independent System Operator. He is a registered professional engineer with more than 25 years of electricity industry experience, primarily in power control center engineering and energy market operations. Gonzales is a graduate of Clarkson University in Potsdam, N.Y., where he also earned a master’s degree in electrical engineering. Reach him at rgonzales@nyiso.com.