More
Home News Toward a Global Smart Grid – The U.S. vs. Europe

As the smart grid gains traction around the globe, a brief understanding of some major differences between North American and European smart grid implementations is in order. In general, the two geographies have begun their efforts differently: wireless mesh in North America and power line carrier (PLC) in Europe. The emergence of radio frequency (RF) mesh solutions suitable for Europe, however, likely will cause an alignment of European and North American smart grid initiatives. 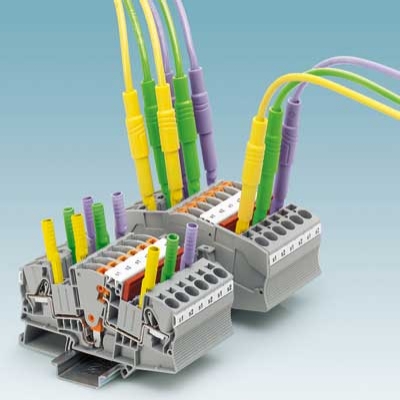 Local issues make England distinct from France and Italy distinct from Germany, but this piece focuses on EU commonalities and how those characteristics differ from North American smart grid implementations. Those differences can be grouped under the categories of technological, operational and policy.

Technologically, standards and regulatory bodies relevant to the smart grid are different in the U.S. and Europe. The most relevant standards are:

“- Metering standards.  In North America, metering standards are managed and mandated by the American National Standards Institute (ANSI). This body defines the physical form factor of socketed meters, the specifications for metrology and timing accuracy, and the appropriate performance and safety testing for meters. The European standards are defined by the International Electrotechnical Commission (IEC) and the Measuring Instrument Directive (MID). The differences between these standards do not affect the overall smart grid architecture, but they create requirements for different products in Europe and the U.S.

“- Radio emission standards. In North America, wireless mesh networks between electricity meters largely have won the day. This is partially because of the flexible regulations around use of public, unlicensed radio communications bands as regulated by the Federal Communications Commission (FCC). European regulations are somewhat different—communications in the unlicensed 2.4 GHz band are restricted to a lower power level and must use frequency- or channel-hopping technologies to be approved for use in the EU. This has delayed the introduction of wireless mesh technology into Europe, which is one reason PLC and digital cellular communications have been more popular. Recent pilots of wireless mesh technologies in the unlicensed 2.4 GHz band have shown promising results, so we expect an architectural convergence in the U.S. and Europe, even with the different radio emission standards.

Regarding policy, the smart grid has received more backing in North America than in Europe thus far. The catalyzing benefits of solid policy can’t be understated. Ontario, Canada, arguably has the world’s most advanced smart grid with more than 1 million smart meters installed and reading data. Ontario would not be in this position without the 2006 passage of the Energy Conservation Responsibility Act, which mandated the installation of smart meters in all Ontario businesses and households by 2010. In the U.S., initiatives such as the Energy Independence and Security Act of 2007 created guidelines and mandates with respect to smart grid adoption that are now blooming under recent incentives from the American Recovery and Reinvestment Act. Policywise, the United States and Canada will continue to deploy the smart grid without a national centralized mandate. The implication is that certain states and provinces are moving faster than others. The EU, however, has centralized mandates through recommendations from SmartGrids European Technology Platform for Electricity Networks of the Future. The recommendation is to install smart meters in 80 percent of all European homes by 2020. Each country will have the individual authority to conclude on the most efficient way to arrive at this goal, but the goal is clear. As a result, individual countries within the EU will be aggressive in deploying smart grid pilots in the short term, but full-scale implementations are still a few years away. Europe is ahead of North America in the development and use of renewable energy and will bear fruit once this energy can be incorporated in large smart grid deployments.

While the operational business benefits to EU utilities aren’t as striking as those in North America, the regulatory environment and climate change concerns are catalyzing the European smart grid. Technology is where the North American and European smart grids will begin to intersect, specifically RF mesh solutions. We are already seeing mesh deployments in Ireland and England and consider those initiatives the beginnings of a technological standardization between North America and Europe.