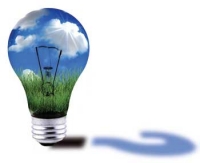 For several years, utilities have had little clarity when it comes to capital spending decisions. That isn’t likely to change in 2011. Most experts declared the recession, which played a significant role in utilities’ spending decisions in 2009 and 2010, officially ended in 2010.

Utilities’ capital spending decisions, however, remain clouded by an uncertainty that has plagued them several years: No clear guidance exists on environmental issues. The biggest difference in 2011 is that utilities won’t waste much time talking about the need for climate change legislation.

“Utilities have little appetite for climate discussion,” said Tom Flaherty, a senior partner with Booz & Co. “The level of discussion has dissipated for a number of reasons, and all but a few in the industry are disinterested in revisiting the subject.”

Midway through 2010, the industry realized legislation was not to be, Flaherty said. A degree of uncertainty will remain, but the industry has moved past the waiting stage.

Electric Light & Power for several years has called on Booz & Co.’s energy practice experts when writing the annual capital expenditures article. As he did in 2009, Flaherty shared his insight and predictions for the coming year.

In 2011 utilities must learn to manage risk in a business climate with little clarity and much uncertainty, Flaherty said. They must:

“Utilities must position for significant change that is not that far down the road,” Flaherty said. “They are forced to make intelligent spending choices based on what they do not know. From 2008 through 2010, utilities put off many strategy decisions while they waited on climate change regulation. With no greater clarity today about ultimate long-term requirements, managements now are forced to renew more active planning. This may lead them to adopt a no-regret strategy in 2011 and 2012 while they fashion a more informed long-term plan. What is clear is that they can no longer run in place.”

Utilities will turn to gas to bridge the capacity gap in the short term until building large baseload units around 2015, Flaherty said.

Climate change issues no longer center on legislation but instead on EPA regulation. The question “Will the EPA enact regulations?” has been answered. The new question is “How aggressive will those regulations be?”

“The EPA has indicated it will be aggressive with environmental regulation,” Flaherty said.

The regulations, however, won’t be implemented all at once. Implementation begins in 2011 and will continue through 2015.

“Timing will be impacted by how aggressively industry participants litigate these regulations,” he said.

Under a 2010 greenhouse gas rule that took effect the first week of January, new and upgraded facilities such as power plants must hold state-issued permits to emit greenhouse gases. To obtain the permits, facilities must show that they are using the best available technology to control emissions. An industry group challenged this first nationwide greenhouse gas regulation in a federal appeals court, which a few weeks ago ruled against the group and upheld the EPA regulation.

Another EPA rule scheduled to become effective by 2012, the transport rule, could impact some utilities significantly, Flaherty said.

The transport rule aims to reduce interstate transport of upwind state emissions from power generators that contribute to air quality problems in downwind states. It will force some utilities to scrub their coal units or retire them.

ICF International, a provider of consulting services and technology solutions to government and commercial clients, recently released its Integrated Energy Outlook for the fourth quarter of 2010. This most recent outlook provides updated insights into how new regulations being developed by the EPA will impact U.S. energy markets during the next 20 years. The outlook projects that nearly one-fifth of the U.S. coal fleet could retire in response to new air, waste and water regulations during the next 10 years.

The potential capital expenditures for scrubbing and installing best available technology could be significant, Flaherty said. These costs must be passed along to ratepayers, so regulators must keep this in mind and be involved in the discussions and decisions, he said.

The recession provided utilities a break from making capacity addition decisions, but industrial demand began to return in summer 2009 and was halfway back to prerecession levels by mid-2010, Flaherty said.

Demand is still below 2007 and early 2008 levels and overhang exists in many areas, but in some places weather induced demand has approached capacity levels. Cooling peak hit an all-time high during summer in Texas.

In last year’s capital expenditure article, Flaherty correctly predicted that economic recovery would begin in third quarter 2010. In December the Dow Jones average was above 11,500, the S&P 500 Utilities Stock Index was trending up (Figures 1 and 2), interest rates were still low, 2010 Christmas sales were larger than in 2007 and inflation was still moderating.

The economy is growing again, and electricity demand will grow with it, Flaherty said.

Gas can bridge the capacity gap for a few years, but utilities must look farther ahead and decide now about baseload capacity such as nuclear and coal. The window for nuclear build is 10 years; coal is eight years, Flaherty said. The planning window is shrinking.

“It is, after all, a commodity,” he said. “No one knows how long unconventional fields will supply gas at current production rates. A skeptical perspective about unconventional gas exists, even as it looks to be abundant and clean.”

Renewable Energy. In last year’s article, Flaherty said clean technologies including renewables became more than a theme moving into 2010. He called it a campaign incented by the American Recovery and Reinvestment Act (ARRA) and political rhetoric. Things are different this year.

“The bloom is off the rose when it comes to renewables,” Flaherty said. “The government’s ability to continue renewable energy subsidies will be hard to sustain. Government is going to move toward more fiscal responsibility, and that will take away the luster of renewable energy.”

A large gap also exists between the realities of operating a cost-effective, integrated electricity supply system and the vision policymakers feel compelled to support because of public opinion about renewable energy, Flaherty said. Federal lawmakers’ new focus on cutting government spending means the affordability of subsidizing energy projects will be scrutinized to reduce the federal budget deficit.

“Lawmakers in Washington won’t be able to maintain the same zeal for providing renewable subsidies as they’ve done in the past,” Flaherty said. “They are focusing on spending reductions and leading the country out of the economic downturn.”

Flaherty predicts large wind projects will continue to be built, but not close to the pace of 2009, the biggest year for wind capacity additions. Wind project construction dropped significantly in 2010, and it won’t come back in 2011, he said. Other reasons wind facility construction will slow, Flaherty said, include:

Coal-fired Capacity. Although coal-fired power’s future is unclear, Flaherty said it will continue to be a major contributor to the nation’s capacity needs for many years.

“The country has a 200-plus-year coal supply, and it is unlikely we are going to walk away from it,” he said. “To believe in a flight from coal is misguided.”

The economy is still recovering. Now is not the right time to replace coal, Flaherty said. In addition, red and blue state coalitions will impact coal’s future.

“Many coal states are blue,” he said. “The coal industry provides many jobs in those states, so even the blue states will have trouble with Congress’ passing laws that will eliminate these jobs.”

Utilities will continue to include coal in their generation portfolios. The EPA’s short-term decisions will be based on the nation’s existing coal fleet. The EPA, however, also must make decisions that will affect new coal plants’ and fleet requirements. This is one reason that after little technology movement in 2010, clean coal technology might get more attention in 2011, Flaherty said.

“2011 may be the year we see the story unfold on how clean coal will reassert its position,” he said. “Congress may increase its focus on clean coal technology because coal provides such a large portion of the fuel used for U.S. electricity generation. It also accounts for a lot of jobs.”

Flaherty doesn’t expect significant change in utility capital spending from 2010 to 2011. In 2010, capital spending was modest to flat. Capital expenditures were rearranged in 2010 but not eliminated. Much of utilities’ capital went to transmission and distribution investment in 2010.

In the near term, environmental capital expenditures will occur as utilities prepare their coal units to meet regulations. For the long term, utilities will spend on transmission system additions and more generating capacity. They also will spend on new technology deployment that will be necessary to meet the changing business environment and customer expectations, Flaherty said.

Clean jobs creation has lost some of its attraction, Flaherty said. Evidence reveals that it cost a lot to create a single green or clean tech job.

“Investment will be made in an intelligent network or grid that is self-healing and sends signals to customers, providing them with information they can use to determine how they can alter their behavior to save energy and money,” he said.

Clean tech funding will be down, but some will be redirected from renewable energy generating technologies to grid technologies, he said.

M&A Past and Future

“Not much M&A (merger and acquisition) activity occurred in recent years prior to 2010,” Flaherty said, “but we’re seeing a resurgence of industry consolidation with several noticeable transactions occurring in 2010 and 2011 already producing a large-scale combination. Booz is involved with several other potential transactions now, and I’m sure other companies are, too.”

Mergers allow utilities to gain strength, which allows them to be more flexible and better equipped to succeed in the future business environment, he said.

Because interest rates remain low and market valuations have compressed, utilities can increase their value by acquiring other companies with less financial stress than in prior days.

Flaherty’s prediction for 2011 has been validated. In early January, Duke Energy Corp. agreed to buy Progress Energy Inc. for nearly $14 billion in stock in a deal that could create the largest utility in the U.S.

Five large (greater than $1 billion) whole company M&As occurred in the utility sector in 2010. They were: FirstEnergy and Allegheny; PPL and E.On US; Northeast Utilities and NSTAR; Mirant and RRI Energy (Reliant); and AGL Resources and NICOR. A sixth large merger between Blackstone and Dynegy was planned in 2010, but the utilities cancelled it in late November.

“The mood for M&A is better now than it’s been in the past,” Flaherty said. “In 1995 and 1999 utility M&A spiked. We won’t see that kind of activity again, but consolidation will be steadier going forward than it was in the past decade.”

While utilities will continue to experience uncertainty in 2011, it should be the year they end the waiting game and commit to long-term spending plans.

“We should know very soon if the economy is on track for a solid recovery,” Flaherty said. “I expect we’ll see acceleration in capital spending from past years.”

Check back next year to see how Flaherty’s predictions play out.