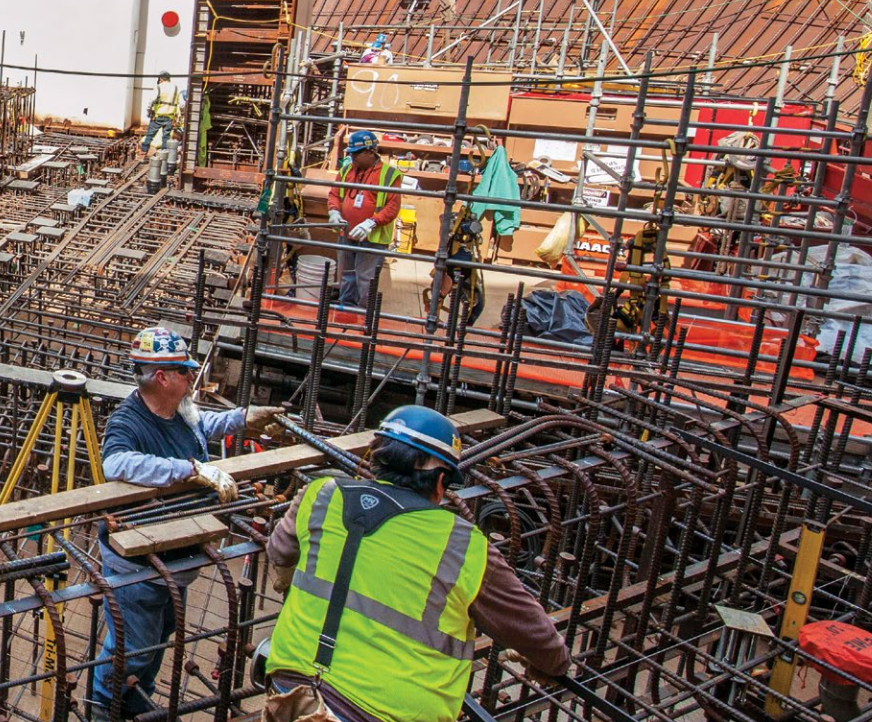 Georgia Power reported it is making “significant progress” on construction for the first new nuclear power reactors in more than a generation, but ever rising costs of the $25 billion project helped drive down the utility’s credit rating and slapped all owners with financial hits.

The unit of utility holding company Southern Co. reported that more than 7,000 workers are onsite continuing construction efforts for the Vogtle 3 & 4 units. The generation units are expected to go online in November 2021 and 2022, respectively, generating emissions-free electricity for about 500,000 owners.

Yet building the nation’s first new nuclear power units in 30 years has been supremely taxing for primary owner and construction leader Georgia Power. It took over project management for Vogtle after the bankruptcy of contractor Westinghouse in 2017.

Earlier this week, Georgia Power revised cost estimates for its share of Vogtle construction from $7.3 billion to $8.4 billion. The increase led financial ratings firm Morningstar to downgrade the utility from A3 to Baa1 status.

“The review for further downgrade reflects the near-term risk that one or both of the key co-owners (Oglethorpe Power Corp. and MEAG Power) will decide to opt out of the project as allowed under the amended ownership agreement,” the ratings firm noted.

Parent company Southern Co.’s rating was affirmed at Baa2 with a negative outlook. Southern reported a second-quarter net loss of $158 million, or 15 cents per share, but that paled compared to the $1.38 billion loss reported for the same period last year.

Georgia-based Oglethorpe Power, which owns 30 percent of the Vogtle 3 and 4 project, said the impact of the cost increase will be “muted” due to previous contingency already built into the utility’s $7 billion budget.

“Oglethorpe is still analyzing the need to rebuild its contingency, based on this new estimate-to-complete forecast provided by Georgia Power and Southern Nuclear,” the company reported. “As a result, at this time, OPC cannot provide a specific amount for its revised budget post-contingency.  However, if one assumes OPC’s final contingency amount is similar to the amount announced today in Georgia Power’s public disclosures, OPC’s budget would increase by approximately five to six percent.”

MEAG Power also owns more than 22 percent of the project, according to reports. Vogtle’s owners can vote on the construction’s fate sometime in the third quarter, according to Southern Co.’s second-quarter filing with the U.S. Securities and Exchange Commission.

“If the holders of at least 90 percent of the ownership interests in Plant Vogtle Units 3 and 4 do not vote to continue construction, the Vogtle Joint Ownership Agreements provide that the project will be cancelled, and construction will cease,” the SEC filing reads. “If Plant Vogtle Units 3 and 4 were cancelled and Georgia Power was unable to recover costs it has incurred in connection with the project, Southern Company’s results of operations, cash flow, and financial condition would be materially impacted. The ultimate outcome of this matter cannot be determined at this time.”

Work on Vogtle Units 3 and 4 began in 2009 and costs have ballooned to $25 billion. In web page on the project, Southern Co. noted that electricity demand in the southeast U.S. is expected to grow 21 percent by 2025 and that Vogtle’s new output would provide millions of clean-emitting MWh.

Georgia’s power latest show of progress included placing four step-up transformers at the site earlier this year. Teams also completed a significant concrete placement inside the Unit 4 containment vessel, clearing the path for installation of the first-floor module for the unit, CA32.