More
Home News Will Trump’s Executive Order be Enough to Turn Around US Coal Generation?

The CPP, announced by President Obama and the EPA in 2015, was designed to reduce CO2 emissions by 32% from 2005 levels of emission by 2030. Coal-burning units were the prime target for this reduction, since they have the highest rate of CO2 emission among fossil-burning generating units.

The Energy Independence executive order may lay the groundwork for policy changes, but the Pruitt EPA still has several high legal hurdles to surpass before the CPP can be removed and Trump can fulfill his campaign promise to remove the restrictive regulations.  And the question remains: If accomplished, will it be enough to turn the tide on a struggling coal industry with a nearly decade-long decline?

Coal, once the dominant fuel for the US electric industry, has faced significant headwinds since 2008. Advancements in hydraulic fracturing, which has created an abundance of low-cost natural gas, declining wind and solar construction costs, and increasing coal generation costs, combined with Obama’s tighter regulations, triggered retirement of numerous coal plants. 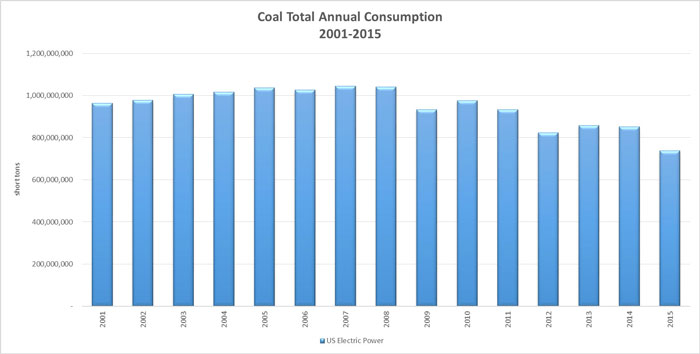 The decline in price of natural gas

The main contributor to coal’s troubles has been low natural gas prices. Since 2009, when natural gas wellhead prices dropped 54 percent from the record highs of 2008, natural gas prices have remained low. This has pushed down wholesale electricity prices and allowed natural gas units to displace coal generation. Current natural gas price forecasts do little to improve this picture, as continued low prices are projected to remain for the near future. 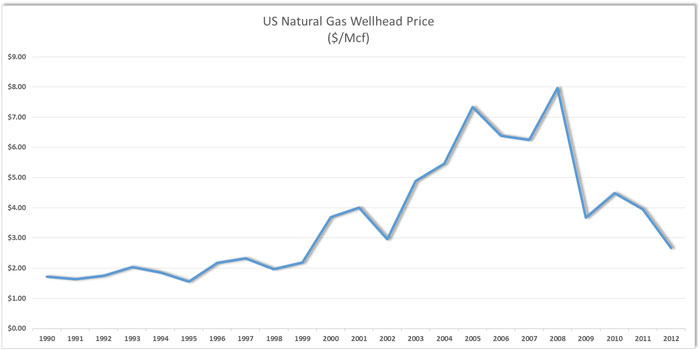 The aging US coal-fired generating fleet is further eroding coal generation’s viability. ABB Velocity Suite projects that by 2020, the average age of the coal plants will be 45 years old. These aging plants will be facing lower capacity factors, compared to historical coal unit performance, with higher maintenance and repair costs, and environmental capital investments, creating even tighter margins in a difficult energy market. 2015 saw 15GW of coal generation retirements, some of these as a direct result of Mercury and Air Toxics Standards (MATS). The addition of CPP regulations would have coal’s demise a fait accompli. 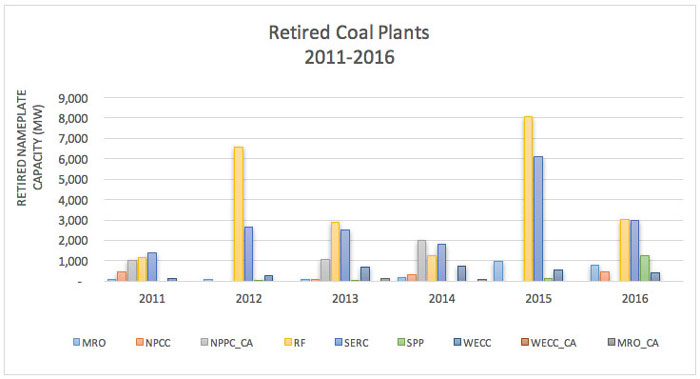 The rise of renewables

While this 15GW of coal capacity was lost in 2015, 18.7 GW of new non-coal capacity came online. Sixty-one percent of these additions were from wind and solar. Aided by federal tax benefits and Renewable Portfolio Standards (RPS) polices in 29 states and Washington DC,  the renewable production tax credit and investment tax credits (PTC and ITC) and declining renewable generation capital costs have led to large increases in renewable generation buildup. These low-cost units reduce both peak and off-peak energy prices, further eroding coal’s revenue.

Strategies for forecasting the future

Forecasts of future conditions in these markets are still in question and will ultimately be dependent upon the fundamentals of demand and supply. Fortunately, there are powerful tools for assessing these demand and supply conditions and trends in regional power, fuels, and environmental markets across North America. ABB’s North American Power Reference Case examines the interaction between electric demand and electric supply including thermal and renewable additions and retirements, and environmental regulation. For a thorough overview of energy market trends and how they are affecting electricity and fuel prices, many major energy producers and investors rely on this information, which is published semi-annually.

So what does this all tell us?

Regulation, low natural gas prices, an aging fleet, and renewables have pushed its largest consumer, coal generation, to the margins, and, while splashy, President Trump’s executive order doesn’t seem to be substantive enough to turn around coal’s future. Further, Mr. Pruitt faces a long and lengthy legal battle with the EPA to help enact this order. The removal of the CPP was paramount to maintaining coal past the 2020 time frame. However, with medium-term gas prices remaining low or falling slightly and a coal fleet getting further past its prime, it is difficult to see a change to the industry’s decline.