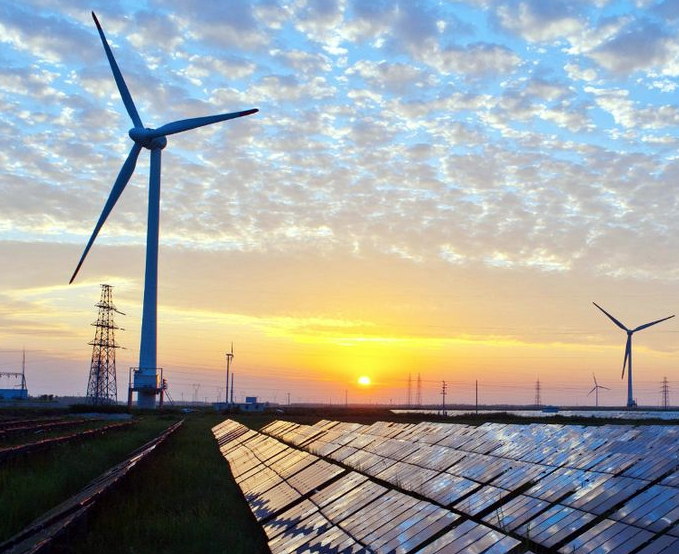 PHOENIX (AP) — A 3-2 vote by the Arizona Corporation Commission moves the state toward boosting the renewable energy requirement for state-regulated utilities but under a slower timetable than a previous proposal that was rejected by the panel.

The commission’s vote Wednesday restarts a rulemaking process to require that most of the state’s electrical providers get 100% of their power from carbon-free sources to limit carbon emissions and address climate change.

But the new proposal is based on a bipartisan compromise that would set a 2070 deadline — 20 years later than the 2050 target in the previous proposal rejected by the commission on May 5.

A formal vote on the new proposal is expected next fall following new public comment sessions and submissions.

Arizona’s current standards adopted in 2006 require utilities regulated by the commission to get at least 15% of their electricity from renewable energy sources such as solar, wind and nuclear power plants by 2025.

But Arizona Public Service Co. and Tucson Electric Power have announced voluntary plans to vastly increase their use of renewable energy and cut carbon emissions tied to climate change.

The May 5 vote came as a surprise since the plan was backed by major utilities and was given initial approval by the commission on a 4-1 vote in November after three years of work.

Key to the May 5 decision was the adoption of a Republican member’s amendment that turned requirements into goals — prompting the panel’s two Democrats to drop their support.

Failing to require changes that will lower carbon emissions would put Arizona behind other Western states that have increasingly adopted tough new standards in an effort to limit the effects of climate change.

The compromise was led by joint amendments from Commissioner Anna Tovar, a Democrat, and Jim O’Connor, a Republican.

The May 5 vote had prompted Democrat Sandra Kennedy to ask Chairwoman Lea Marquez Peterson, a Republican, to schedule a special meeting to reconsider the issue, which Peterson did while urging other members to offer proposals for a compromise.

“I think 100% is a smart target to shoot for, but I really believe the industry needs more time to get there,” O’Connor said Wednesday. “That implies flexibility and again most importantly leaves the utility companies in control of how they construct their energy portfolios.”

Kennedy opposed moving the deadline to 2070 but nonetheless said the later date would “move the process along so we can move Arizona along.”

Olson has voiced concern about mandates and possible impacts on ratepayers. Marquez has voiced support for goals, not mandates.