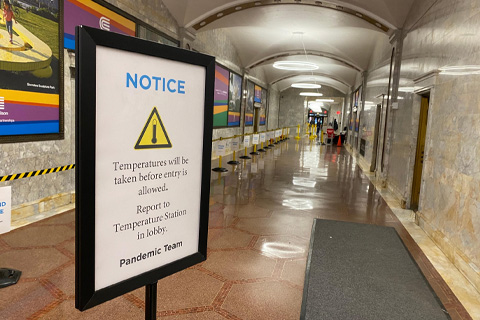 Energy Cast is a podcast featuring some of the top experts across all links in the energy industry chain, including electric vehicles, renewables, generation and more! Jay Dauenhauer created the show and has been hosting Energy Cast for several years.

Listen to the full episode:

In May I was asked to host a Webinar for E4 Carolina’s Communication Task Force to discuss the energy industry’s messaging during COVID-19.  I knew it was a long shot, but there was one utility that would be experts on the subject—Con Edison.

“We are kind of in the belly of the beast with the pandemic,” says Mary McCartney, ConEd’s Director of Corporate Communications.  Mary has been with the utility for over 20 years, overseeing responses to 9/11, the 2003 Blackout, Hurricane Sandy, and countless nor’easters.

During my May 26 Webinar, I led off with the theory that while COVID is a crisis, this isn’t a crisis for utilities like the incidents above.  “Externally, we’re not the story and we don’t want to be the story,” says Mary.

Instead, ConEd has focused on internal communications with employees, setting expectations during the pandemic.

Externally, ConEd has been able to focus on ways the utility is helping those dealing with the crisis directly.  Their machine shop in the Bronx was able to fabricate face shields for frontline workers, for instance.

For ConEd’s own frontline workers, namely line workers and other crews, New York’s dense setting forced them to consider their options carefully.  Policies they enacted included:

Another media campaign focused on energy efficiency for residential customers.

“We realized, everyone is at home, with all the laptops on at the same time.  You have kids going through remote learning.  You have the adults working,” she says.  “What kind of information and advice can we give our customers to help them to better manage their bills during this time?”

Mary says ConEd has had a Pandemic team for about 10 years.  The company was first concerned about the SARS outbreak in 2002, and the recent measles outbreak in 2019. For COVID, “It wasn’t until the numbers were really starting to go through the roof for New York City in April,” she says.

Mary has been part of the company’s COVID Task Force, which began meeting in January, eventually expanded to five teams, and met in separate “War Rooms” until they finally begin working remotely.

“We were probably the last the last group of people working in offices to go remote,” she says.

I was also curious about the schism between public officials and businesses, many of whom have openly protested to go back to work.  Is there a role for a public utility in this debate?

“We see our responsibility, our job, to provide safe and reliable power as [our territories] emerge and reopen.”

Providing reliable energy and rising above controversy?  That’s just one of the reasons I believe utilities are on the “happy side of the ledger” during this pandemic. (This podcast originally aired on June 8, 2020.)

Dauenhauer is a member of the DISTRIBUTECH International advisory committees. Clarion Energy is the parent company of DISTRIBUTECH.

Learn more about the podcast here.