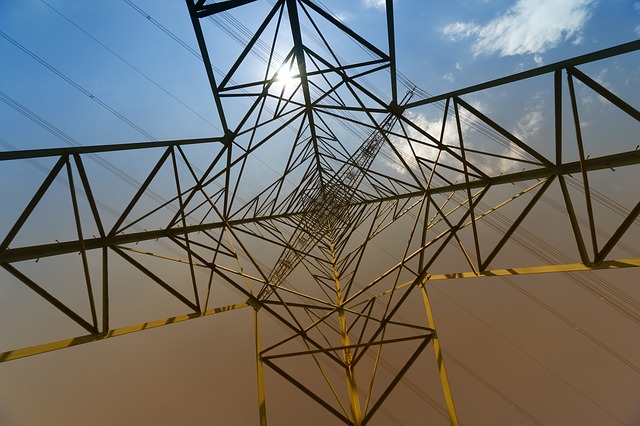 Recall the western energy crisis of 2000-01?  Ready for more?  Departing from Supreme Court precedent that has stabilized energy markets for decades, the Federal Energy Regulatory Commission (FERC) in a June 17, 2021 order invited further energy misadventures in an era of climate change.

California soon reversed course.  With encouragement from the highest levels of California government and FERC, California agencies began to negotiate and enter longer-term wholesale electricity supply contracts with electricity generators and marketers.  Those contracts promptly stabilized markets, ending the 2000-01 western energy crisis.  But, in the latest installment of buyer’s-remorse litigation that California soon thereafter instigated to exit those contracts, FERC’s June 17 order jeopardizes energy market stability when it is being tested by climate change.

In that order, FERC remanded to one of its administrative law judges (ALJ) his decision from 2016 to invalidate an electricity-supply contract—the product of “[i]ntense negotiations” spanning several months in 2001—that saw the seller deliver to California 34.5 million megawatt-hours over eleven years.  Five years later FERC rejected the ALJ’s decision based on his finding of “fraud in the inception” of the contract because that finding violated the seller’s right to have notice of, and an opportunity to defend against, challenges to its contract.  However, FERC failed to address the real reason why the ALJ came up with his “fraud in the inception” notion, a theory nobody—neither the California complainants nor anyone else—ever alleged in the original case as a ground for invalidating the intensely negotiated contract.

The ALJ embraced his theory to free himself from the presumption required by two 1956 Supreme Court decisions—known as the Mobile-Sierra doctrine—in which the Court held that freely negotiated natural gas and wholesale electricity supply contracts must be presumed lawful and enforceable under the Natural Gas and Federal Power Acts unless shown to “harm seriously the public interest.”  That doctrine has been a mainstay of stability in energy markets ever since.  But the ALJ disagreed.  He opined that, regardless of the public interest, his finding of “unprecedented” market dysfunction in California during the western energy crisis “alone suffices to dispose of the Mobile-Sierra-Morgan-Stanley presumption in its entirety.”

Actually, the Supreme Court in the referenced 2008 Morgan-Stanley decision ruled the opposite.  It  rejected a decision of the U.S. Court of Appeals for the Ninth Circuit that would have required FERC “to inquire whether a contract was formed in an environment of market dysfunction before applying the Mobile-Sierra presumption” to a challenged energy contract.  In so doing, the Supreme Court reaffirmed its commitment to Mobile-Sierra because long-term wholesale power contracts are needed “to hedge against the volatility that market imperfections produce.”  The Court emphasized that the Ninth Circuit’s decisionwas “perverse” because it would render “contracts less likely to be enforced when there is volatility in the market.”  In short, the greater market volatility, the greater the need for stabilizing long-term contracts.  To say otherwise, the Court instructed, was and is “perverse.”

To dodge this ruling, the ALJ had to find a non-perverse ground for avoiding the Mobile-Sierra presumption.  On his own initiative (sua sponte in legalese), he came up with “fraud in the inception.”

California reversing course away from short-term markets proved a simple and prompt fix for the dysfunctional market its legislators birthed twenty-five years ago; no comparably simple or prompt fix avails for the volatility and disruptions that lie ahead.  Climate change is causing power markets to teeter against droughts and wildfires in California and the Pacific Northwest this summer, deep freezes in Texas and Arkansas last winter, hurricanes and other increasingly extreme storms throughout the Gulf Coast and Eastern Seaboard, and the polar vortex in the Northern Tier and New England states.

Protecting energy consumers from these escalating threats and resulting energy market volatility will require more than jettisoning a misguided state law.  Protecting consumers will require contract-based investments in hardening and weather-proofing fuel delivery systems and turbines, integrating more renewable and distributed energy into grid interconnections, and transitioning away from fossil fuels in energy generation and transportation. These investments—many of which FERC regulates under the Natural Gas and Federal Power Acts—are being made now and will be needed to deliver energy reliably to power consumers in years of increasing energy market volatility.

FERC’s failure in its remand order even to acknowledge, let alone reject, the ALJ’s “perverse” rule will perpetuate in that specific case twenty years of contract litigation, squandering fortunes in legal and expert-witness fees.  Moreover, punting California’s contract challenge back to the same ALJ who five-years ago embraced the “perverse” rule, who has shown antipathy to Natural Gas and Federal Power Act contract-based regulation, and who rejected the explicit reasoning of Morgan-Stanley, is to undermine critical long-term power-supply agreements and discourage investments needed to protect energy consumers against the volatility and instability increasingly wrought by climate change.

FERC’s order recalls the quote attributed (maybe apocryphally) to Albert Einstein that insanity “is doing the same thing over and over and getting the same result but expecting a different one.”

Mr. Watkiss is a member of the District of Columbia and New York Bar Associations, with over forty-years of experience in energy and environmental law.