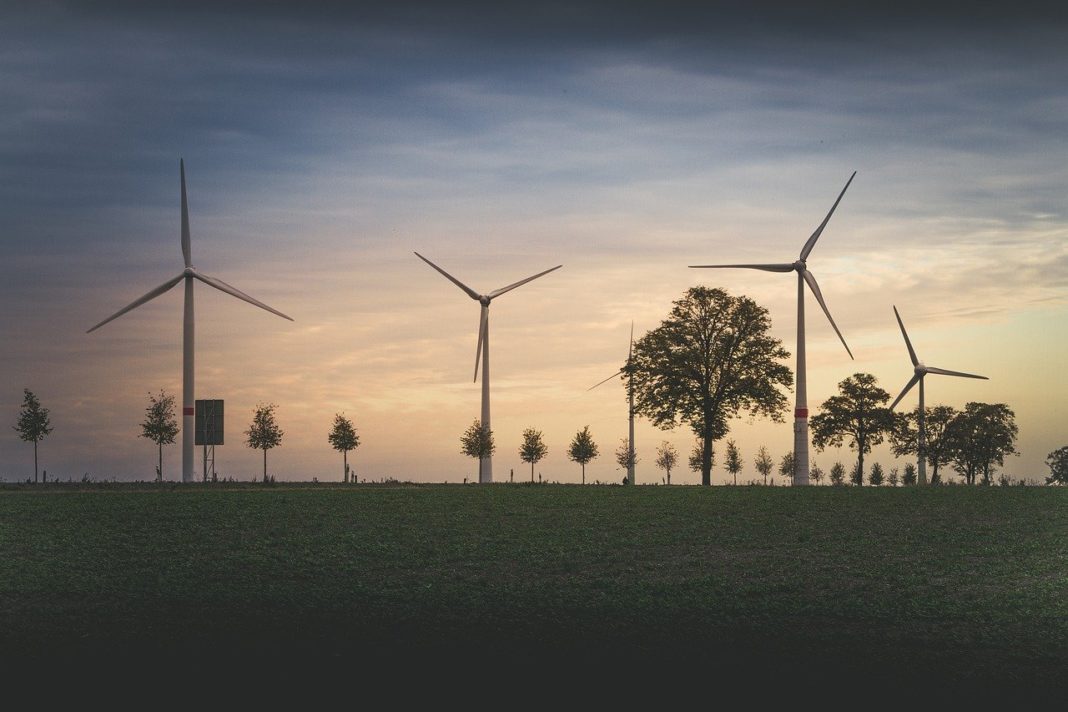 Evergy outlined its long-term plan in recent weeks for regulators in Kansas, where the company has about 1 million customers, and Missouri, where it has an additional 600,000. The plan is inspiring a debate about climate change, electric rates and promoting social justice through energy policy.

It’s the first time a Kansas utility has filed such a plan with state regulators, and Evergy promises to update it every three years. Utilities across the U.S. and investors increasingly see green initiatives as good for companies’ bottom lines as well as the environment.

“Most utilities see the handwriting on the wall,” said Lisa Frantzis, senior managing director for Advanced Energy Economy, a national association for clean-energy technology firms. “The customers — their ratepayers — are requiring it and we’re even seeing even more and more pressure from financial institutions.”

Eighteen states have a goal to generate all their power from renewable or clean sources by 2050, as do utilities such as Arizona Public Service and Duke Energy, according to Advanced Energy Economy.

Evergy would shut down nearly three-quarters of its coal-fired generating capacity by 2039, starting with a plant in Lawrence by 2023. Its capacity to generate power from wind farms would increase by 23% by 2026.

Evergy has almost no solar power now, but solar farms would provide 13% of its generating capacity within a decade. Its first would go online in 2023.

“Every year, the technology gets better and better,” said Chuck Caisley, an Evergy senior vice president and its chief customer officer. “You’re just going to see that march continue.”

However, under Evergy’s plan, only 20% of its coal-fired generating capacity would go offline by 2030. Also, for now it plans to add natural-gas fired plants after 2030 to back up solar and wind farms. Gas is cleaner but not emissions-free.

Evergy’s move toward clean energy is “not fast enough to align with the urgency of climate change,” said Jeff Deyette of the Union Concerned Scientists.

Kansas’ and Missouri’s utility regulatory commissions are providing forums for comments on the plan rather than dictating the details, though later reviews of Evergy rates could shape what it does.

Evergy’s plan worries at least a few conservatives in the Republican-controlled Kansas Legislature. They argue that rolling blackouts during a brutal cold snap in February showed that Kansas needs fossil-fuel powered plants because wind and sun are not reliable enough.

“The Legislature needs to do something — exactly what, I’m not sure yet,” Thompson said.

Yet environmentalists also cite the cost of electricity to justify a more aggressive move toward green energy.

Evergy acknowledges that wind power is as cheap or cheaper than other power and that solar power is getting there.

“What’s changed in the last five years is that the economics actually make sense,” added Sarah Akers, a utility analyst in St. Louis for Wells Fargo Securities, which provides services to Evergy.

The Sierra Club contends Evergy could free up $780 million by shutting down all of its coal-fired plants earlier, by 2030, under a bipartisan Kansas law enacted in April. The law allows utilities to use low-interest bonds to spread out shutdown costs, lessening the rate shock for customers.

Activists said savings could lower rates, pay for green technology or fund programs for financially struggling families. They argue there also will be financial and health benefits from lessening pollution that disproportionately affects poor and minority neighborhoods.

But Evergy wants coal-fired power plants to back up wind and solar farms. Also, Caisley said, its plan would give solar batteries time to develop into something that can store massive amounts of power and dispatch it over time. Better green technology also could prompt Evergy to forgo building gas-fired plants after 2030.

“You really do have to look at a bunch of factors over over a long time period,” he said.