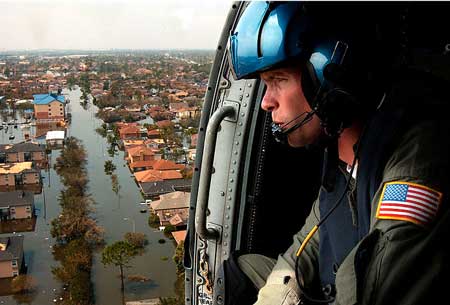 On top of being the costliest hurricane in terms of damage in U.S. history, Hurricane Katrina is the most costly natural disaster of any kind in U.S. history — although the hurricane is only the sixth strongest Atlantic hurricane overall. One million people left the affected area, creating the largest diaspora in U.S. history. At least 1,833 people died because of Katrina. New Orleans suffered the worst of the damage as Katrina caused a catastrophic failure of the city’s levee system. Debris from Katrina remained in some communities along the Gulf Coast as recently as 2010.