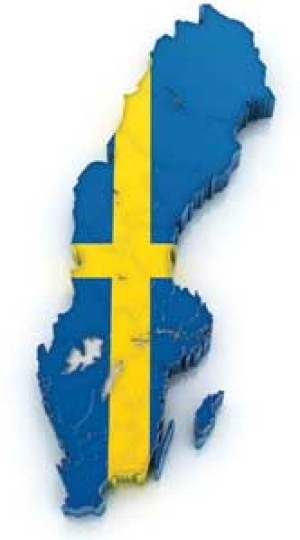 Exactly what constitutes a smart grid continues to be debated in the industry. Some take a narrow view, limiting the scope of the smart grid to a few applications. Others prefer a broad, long-term approach that encompasses the full range of potential applications throughout the transmission and distribution infrastructures. No matter the point of view, smart utilities in countries around the world are realizing the smart grid can play a broader, more strategic role and should begin using the existing infrastructure available to them to build the groundwork for their future smart grid initiatives.

E.ON Sverige, Sweden’s largest utility, is one of a growing number of utilities that are beginning to build a smarter electric grid. E.ON is a major public utility company in Europe and is the world’s largest investor-owned energy service provider. As result of mergers, E.ON operates in Germany, Spain, Italy, Norway, Sweden and the U.K. E.ON sees advanced metering infrastructure (AMI) as an application critical to the utility’s daily operations—the first of many applications it will operate on its smart grid.

E.ON initially planned to use its AMI network exclusively for meter reading, but the utility quickly recognized the need for a versatile, extensible solution capable of supporting additional smart grid applications. E.ON chose Echelon’s Networked Energy Services (NES) system. The NES System not only provides an AMI solution but it can also integrate and utilize Echelon’s Edge Control Node (ECN), which is based on the Echelon Control System (ECoS) software—an open, Linux-based platform purpose-built for the smart grid -in order to offer more advanced smart grid applications. For the AMI local area network, E.ON chose to use power line carrier (PLC) technology.

E.ON chose PLC for various reasons. First, every utility has a core competency for managing its electric grid. With PLC technology, the communications network resides entirely within the electrical grid, so while its deployment and operation are not trivial, the network remains within the core competency and mission of every utility. The basic know-how necessary to handle, parameterize and optimize the PLC network infrastructure already is well-understood.

In addition, E.ON has found that using PLC avoids the cost and complexity of deploying a parallel wireless network infrastructure when its grid already reaches every commercial and residential customer. With a wireless AMI, a utility would be required to take on the cost and burden of developing additional, sufficient competency for managing this dedicated, parallel and unfamiliar communications technology. This ability to leverage the existing electrical grid infrastructure was the critical reason E.ON chose PLC.

E.ON, however, conducted its own tests to understand the real-world capabilities and potential limitations of PLC technology. The performance of the PLC communications was tested by transferring load profiles with the data transfer initiated by the data concentrator (DC) during a fixed, parameterized time interval. This test was designed to mimic the meter-reading in the production network, which is performed in a batch mode beginning at midnight.

Based on these results, E.ON concluded that narrowband PLC technology can accommodate an installation of hundreds of smart meters connected to a single data concentrator and successfully transmit load profiles at a 15-minute interval. It also concluded that narrowband PLC communications afforded sufficient performance to support near-real-time smart grid applications. A response time consistently less than 3 seconds, even in the worst-case scenario, ensures that the utility should encounter no limitations with any of its planned distribution automation applications.

In addition, E.ON wanted to assess two other grid infrastructure considerations: the optimal distance and number of hops between meters. The findings revealed that one data concentrator per transformer should work in almost any situation, and that such a configuration protects against potential problems.

Another perceived PLC limitation is the maximum number of load profile channels PLC networks can accommodate. E.ON’s test case employed six load profile (LP) channels for all 551 meters connected to a single data concentrator, and the results demonstrated that the system could handle this maximum load. Nevertheless, few utilities monitor as many as six LP channels, and some smart meters do not even support six measurements (active energy forward and backward; reactive energy import and export; power forward and backward).

Envisioning its AMI network as someday playing a broader, more strategic role, E.ON has laid the groundwork for its future smart grid initiatives. Its presence throughout the distribution portion of E.ON’s infrastructure makes the PLC network ideal for supporting many other distribution applications, including demand response, power quality assessment, fault detection and restoration, and even distribution automation.