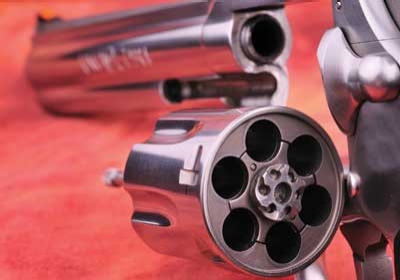 The global smart grid movement has entered a third phase of development. The past few years the world has leapt toward a next-generation, demand-responsive facility for power generation and distribution that reduces carbon footprint and long-term costs alike.

First came a phase of planning and commitments that defined the market-by-market goals that stand to be achieved with smart grid.

A second phase focused on assessing requirements: How do we get there from here—technologically, economically and politically?

Today’s third phase is about implementation. Utilities seek to expand deployments that enhance end-to-end service reliability and deliver long-term cost efficiencies; manufacturers are eager to capitalize on demand for widely interoperable products and services; and governments want their constituencies to realize the smart grid’s quality-of-life, environmental and economic benefits. This has cast pressure on the smart grid’s global, layered standards-development community to deliver.

The smart grid, however, demands that standards-development organizations (SDOs) strike a challenging balance. There are market-specific safety and environmental regulations and public-policy priorities to be respected. And there is the need for globally applicable, architecture-level guidelines if industry is to accelerate products, services and deployment. To ensure both sets of requirements are satisfied—and that this third stage of smart grid development does not splinter into chaos and stall—a logical, efficient coordination must gather across the international SDO community.

Common themes exist in the global smart grid story—empowering consumers to manage their usage intelligently, enabling bi-directional flow of power and communications, more tightly linking power generation and demand and expanding reliance on renewable energy sources among them. But the drive to modernize electricity grids worldwide also is marked by differences in drivers, priorities and schedules.

Consider the diversity of technology drivers in Asia, for example. Ultra-high-voltage transmission is among the primary technological concerns in China, where power from generation facilities along the Yangtze River must get to the country’s most remote areas. Photovoltaics and energy storage are viewed as the key technologies for improving the grid in Japan. In Korea, nuclear energy has been identified as a valuable opportunity to offset dependence on fossil fuels.

In northern Africa, meanwhile, one of the critical points of emphasis has been energy transport and interconnection with an international grid, as nations there hope to leverage the desert terrain for solar and wind generation and sell their power to other countries.

Projected timelines also differ region to region. The European Union (EU) has established “20/20/20 targets” to be hit by 2020: a reduction in EU greenhouse gas emissions by 20 percent, EU energy consumption from renewable resources to reach 20 percent and a 20 percent boost in energy efficiency. And in the United States, President Barack Obama in his January “State of the Union” challenged the nation to derive 80 percent of its electricity from clean energy sources by 2035.

With different areas developing their respective smart grid strategies, standards development is intensifying at the intersection of technology and public policy.

In the U.S., the Energy Independence and Security Act of 2007 tasked the National Institute of Standards and Technology (NIST) to create a framework of smart grid interoperability standards. The American Reinvestment and Recovery Act funded it. Similarly, in March the European Commission Directorate-general for Energy issued a mandate intended “to develop or update a set of consistent standards ” that will achieve interoperability and will enable or facilitate the implementation in Europe of the different high-level smart grid services and functionalities.”

It’s a myriad of activities that, for industry, begs: How does it all work together? How can the smart grid’s global string of imperatives be distilled down to a coherent, workable map by which a company can move forward wisely?

Competition will and should exist within the global standards community, but coordination is also important, particulary in the current smart grid development phase.

The smart grid demands a huge array of standards across power generation, transmission, distribution, load serving, communications and information technology (IT) services and end use:

These types of questions are being taken up in the world’s SDOs, and the effort figures to yield a multitude of standardsr during the next several years.

That should be good news to the global smart grid movement.Standards duplication, a lack of interoperability, or both, however, would hinder industry efficiency and effectiveness and slow rollout. In contrast, a coordinated standards-development effort, in which SDOs create relationships with complementary SDOs, will result in larger-scale production and deployment of interoperable products and services and accelerated smart grid implementations around the globe.

There are instances of this occurring. The IEEE P2030 Working Group, for example, is creating an architectural-level, system-of-systems guide to the interfaces on which the smart grid will depend. In many cases, suitable interface standards already exist; in others, gaps are being identified that eventually must be filled by IEEE, other SDOs serving the range of industries integrated within the smart grid’s sphere, or both. IEEE P2030 is inviting review and comment from IEEE members and non-member expertise to help strengthen consensus around the “Draft Guide for Smart Grid Interoperability of Energy Technology and Information Technology Operation With the Electric Power System (EPS), and End-Use Applications and Load,” as the document advances toward planned ratification as a standard in 2011.

It is also through standards-development activities that real-world smart grid knowledge and expertise can be shared across geographies and disciplines. Through the IEEE P2030.3 Working Group—chaired by a senior engineer from the China Electric Power Research Institute (CEPRI) of State Grid Corp. of China (SGCC)—intelligence on test procedures for verifying conformance of storage equipment and systems to interconnection standards is being shared dynamically among manufacturers and utilities on multiple continents.

The SDO’s potential as global technology-transfer mechanism is critical for the groundbreaking work entailed in the smart grid.

The smart grid is poised for a phase of accelerated implementation around the world—but only if SDOs work more closely with one another to provide a coherent road map of how to move forward. They also must work closely with governments to ensure that market-specific policy and economic goals are met. It’s a delicate balance to be struck, but examples of success already exist. With a spirit of logical, efficient coordination, the global community of SDOs can help bring about the smart grid’s revolutionary benefits more quickly.

W. Charlton “Chuck” Adams J,. is past president of the IEEE Standards Association,(http://standards.ieee.org).