More
Home DER-Grid Edge Electric Vehicles Electric vehicles are on the way: are you ready? 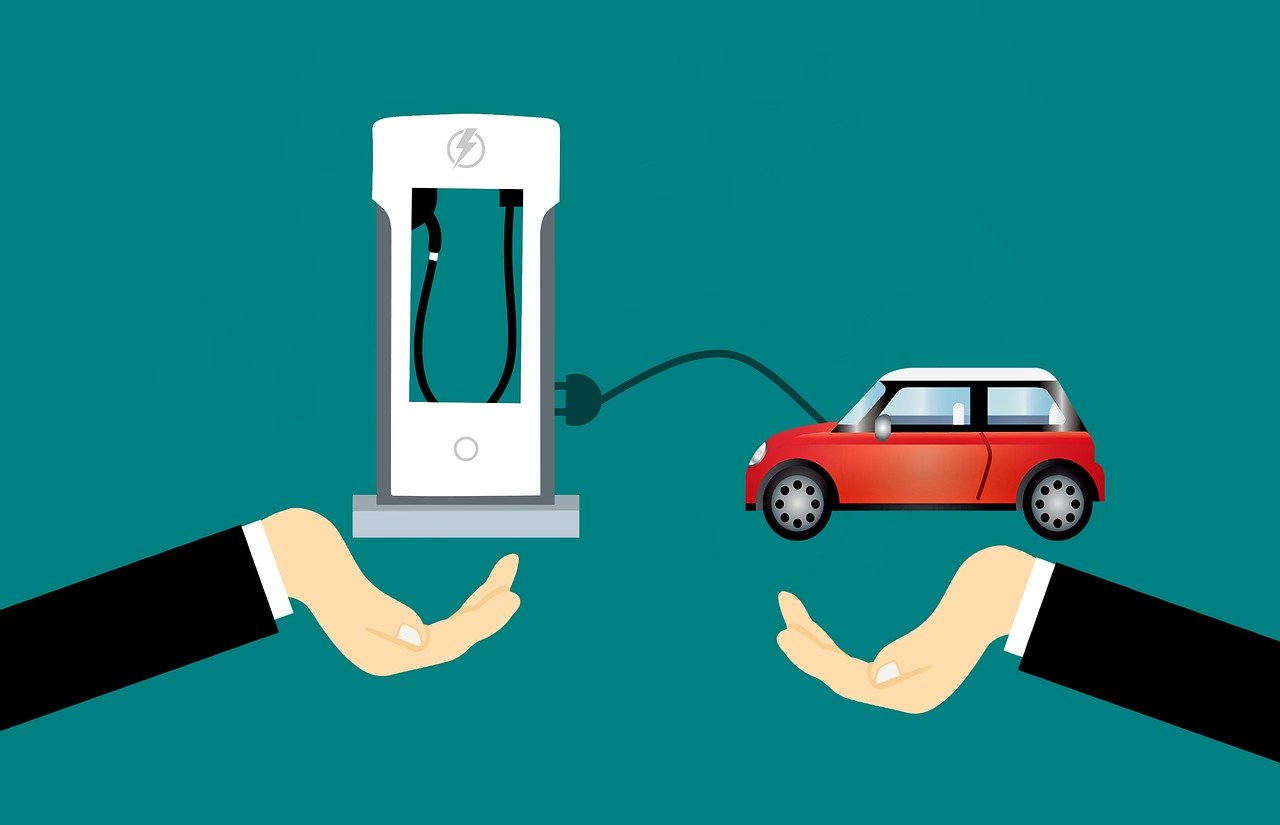 The market for electric vehicles (EVs) is beginning to mature as mobility companies continue to increase their investments in vehicle electrification. We’re seeing new models and redesigns produced, like Tesla’s Model 3 and Cybertruck, Ford Mustang Mach-E, Chevy Bolt, Nissan LEAF and BMW i3, and consumer demand is increasing around the nation and the globe. Many industry analysts estimate that by 2035 more than 40% of all new light-duty vehicle purchases will be electric.

EVs are no longer just for the wealthy or environmentally conscious. Costs are plummeting, making them a practical, economical and exciting option for a much broader cross section of drivers. During the fourth quarter of 2019, Tesla delivered 112,000 vehicles to customers across the globe The company said it delivered 367,500 vehicles in 2019, which was 50 percent more than the previous year. To put this in perspective, one in every four cars sold in the small and midsize luxury market has been a Tesla Model 3 making it the best-selling car in terms of revenue in this segment.

Other vehicle manufacturers like Volvo, Volkswagen and BMW are making large financial and strategic commitments to convert their fleets to electric in support of national and state initiatives mandating EVs or abolishing the use of petroleum-based vehicles over the next 20 years. Bloomberg’s 2019 EV forecast also says that annual EV sales are expected to reach 56 million by 2040.

Most industry analysts believe this transition will take place rapidly over the next several years. However, one important question remains: Are utilities and their customers ready for the new demand for power that comes with such a transition?

My Experience Owning an EV

My wife and I are among the many EV early adopters who have begun transitioning to electric vehicles. We have found the faster acceleration rates, battery range exceeding 300 miles, and lower cost of total ownership to be attractive features.

When we ran the numbers, we found that our gasoline-fueled vehicles were costing us nearly $800 per month per vehicle in loan payments, gasoline, maintenance, oil changes and insurance compared to a used Tesla Model S costing less than $750 per month. After evaluating the costs and considering the large trunk and frunk (trunk space in the front of the vehicle) for storage and seating, we decided the transition from gas pump to our garage electrical outlet would work for our family. After a year of owning our used 2012 Tesla Model S, we conducted the same total cost of ownership analysis and then decided to trade in our other gasoline-fueled vehicle for a Tesla Model 3.

We expect more families will come to the same conclusion as more low-cost and long-range vehicles become available in the market, improving overall cost and performance advantages even more.

These trends raise a number of issues that customers and electric utilities need to fully address. The primary issue is the incremental load growth that will impact the local distribution system. If EV load growth approaches anything close to forecasts, electric utility generation, transmission, and distribution upgrades will be required.

Without hourly price signals in their electricity rates, customers will generally choose to plug in when coming home from work between the hours of 4 p.m. and 6 p.m. These hours are when demand on the electric grid is typically at its peak; this incremental vehicle charging load, when concentrated, will overload circuits and equipment in specific areas and will require utilities to make upgrades with no immediate way to pass those costs directly to the EV customer. Utilities will have to bear those costs until a future rate case is filed. As demonstrated by my own home’s hourly electrical load profile, when plugging in at 6 p.m. in the summer, the peak would likely increase from 5.5 kW to nearly 11 kW.

The Effect of EVs on Residential Neighborhoods

The increase in local electric demand is not a concern at current low EV adoption levels. However, as more EV owners begin charging at home, certain distribution circuits and customer transformers will experience overloads. Like rooftop solar, residential EV charging has occurred in pockets across the distribution system. Some neighborhoods and distribution circuits will have higher concentrations of EVs over time, which will result in higher peak demands if left unmanaged.

The degree of customer adoption and market penetration will initially depend on demographics that are region-specific. Over the next 15 years, nearly all areas of the United States will experience higher levels of EV adoption. With some regions expected to see more than 40% EV market penetration by 2035, we will begin to see circuits realizing undiversified peak load increases of up to 50% if unmanaged.

Other Effects of EVs

Residential neighborhoods are not the only areas that will need to be examined and considered. As businesses and other large parking structures begin to integrate EV charging equipment into their facilities, the incremental impacts will significantly increase loads in areas that never previously experienced any significant EV charging loads.

Bus depots, for example, which can have more than 200 commuter buses on-site at any one time, have the potential to create very high concentrated electric loads. Los Angeles County’s transit system, Los Angeles Metropolitan Transit Authority, plans to convert to an electric bus fleet by 2030. If a bus depot were to install roughly 50 chargers at 325 kW each, the potential peak load (unmanaged) could be nearly 16 MW. The existing local distribution system is grossly undersized for this potential load and will require new substations, new distribution circuits and potentially even transmission system upgrades.

EV growth in the light-duty and heavy-duty areas presents an interesting opportunity and challenge for electric utilities. An average residential customer charging at home will increase the annual site peak demand by nearly 100%. The annual site electrical usage and revenue will rise 30-40% under a purely volumetric energy rate structure, which is typical of most utilities. If EV charging peak demand is not managed or controlled by the customer or utility, the utility’s costs will increase by similar levels, assuming new generation, transmission, and distribution capacity upgrades are made to serve this load.

One of the more cost-efficient ways to serve these customers is by implementing time-of-use (TOU) electric rates and peak demand rates for residential customers. These TOU rates have been proven to be an effective method of shifting EV charging load to later time periods, when the electric system’s load is low. Low off-peak energy rates allow the EV customer to save money and the electric utility to use its unused capacity and low-cost off-peak energy. This has been best demonstrated by SDG&E’s 2014 Electric Vehicle Time of Use Study, which demonstrated that more than 80% of residential EV customers on a TOU rate will shift their EV charging load to low-cost off-peak hours.

Many utilities have already begun to make investments in advanced metering infrastructure (AMI) and upgraded customer billing systems that will allow them to adequately serve their customers with TOU electric rates. More progressive electric utilities — like Evergy, based in Kansas City, Missouri — have made strategic investments in new metering and billing systems that will allow for new TOU energy and demand rates for residential customers in both Missouri and Kansas.

The pilot TOU energy rates put in place by Evergy provide a strong cost-based rate that can be used by its customers to pay for lower-priced energy and allow the utility to avoid costly investments in new generation and distribution system capacity. For example, the customer choosing to use the residential TOU pilot rate for charging their EV will pay 40% less than they would under the standard residential service. This load shifting will also provide cost avoidance for the utility by moving load off the system peak.

Other smaller electric utilities have implemented TOU rate or demand rate pilots that are used by EV customers without completely overhauling existing utility metering and billing systems. These smaller TOU rate pilots use commercial grade meters that are slightly more expensive that can record both demand and TOU energy within the existing customer billing systems constraints. This approach can be an easy first step for those utilities who desire to enable efficient and beneficial transportation electrification.

Thinking Ahead: Metering and Billing Systems

The utility that is making or that has already made the strategic investment in its metering and billing infrastructure will be able to offer TOU rates to its customers. These TOU rates will provide a cost-of-service-based rate structure, promote economic efficiency, promote peak load reduction, provide customer value and satisfaction, and support cost effective EV charging and other off-peak usage to existing and future EV customers. TOU rates will also enable both the customers and the utility to use the existing infrastructure to serve this incremental load. The utility that doesn’t prepare and plays the wait-and-see game will be inefficiently building more underutilized generation, transmission, and distribution system infrastructure to serve a higher system peak load with lower system load factor.

If your utility isn’t thinking about residential transportation electrification, it’s time to start preparing, studying and planning to upgrade your metering, billing systems and electric rates. If you’re not working with your large commercial customers with fleets of vehicles, it’s time to start helping them with the transition to beneficial and cost-effective transportation electrification.