In deregulated energy markets, grid operators are looking to use market structures to address grid stability issues emerging from the clean energy transition. As a result, the ability to provide reactive power compensation with STATCOM technology could open up new revenue streams.
………………………………………………………..

Within the last few decades, the emergence of widely-distributed variable output renewable energy generation has accelerated to completely transform the characteristics of the energy mix. This transformation has been coupled with other factors such as deregulation, urbanization and steadily growing energy demand, as well as widely-anticipated developments like the roll-out of electric vehicles.

As renewables replace conventional thermal generation, the ability of the grid-operators to respond to fluctuations in supply and demand whilst maintaining stable frequency and voltage is becoming far more difficult. 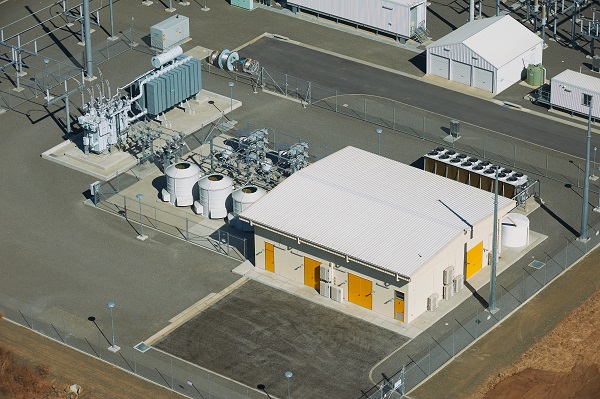 There is, for instance, the potential for voltage excursions both during steady state operations, such as during the day in solar-heavy areas, but also during transient operations if bigger loads or generation is tripping in or out, for example during changing cloud cover.

While it is possible for distributed renewable technologies to perform this function – in some regions new renewable generation is required to deliver reactive power for example – there are a number of potential problems that must also be resolved to achieve this. A key issue is the grid code, which must be adapted to accommodate the central control of thousands of inverters distributed across the network with all the associated requirements for cybersecurity and other quality standards. In addition, accurate simulation and modelling of such a network is extremely difficult.

In the face of the evolving power generation portfolio and these kinds of challenges in effectively and accurately controlling distributed generation, regulatory authorities are now pursuing alternative mechanisms that can support grid stability functions.

Usually, if big power plants are being shut down, system studies have to be carried out to determine the amount of needed of reactive power. Many examples show the need for several hundred Mega Volt Amps Reactive (Mvar).

Indeed, according to research from MarketsandMarkets, demand for Static VAR Compensation is estimated to reach at least US$807 million by 2020 at a compound average annual growth rate of 3.8 per cent. Factors such as renewables, power quality and network reliability requirements, and upgrades and replacement of aging power infrastructure are some of the key drivers for the SVC market. In particular, regions experiencing rapid growth in renewables such as Europe, the US and large parts of the Asian Pacific like India and China are expected to drive widespread SVC deployment, according to the analysis.

In a bid to address the voltage stability issue, regulatory authorities are taking steps to ensure generation asset owners are able to deliver reactive power as required. For example, in mid-2016 the US Federal Energy Regulatory Commission (FERC) eliminated an exemption for wind generators from the requirement to provide reactive power.

Previously, both the Large and Small Generator Interconnection Agreement exempted wind power from this requirement in a bid to foster renewable generation. The costs associated with building a wind generator that could provide reactive power were historically considered prohibitively. However, a number of technical breakthroughs mean that the cost of providing reactive power to the grid no longer represents a major obstacle to renewables development.

As a result of the change, all newly interconnecting non-synchronous generators like wind and solar will be required to provide reactive power within the range of 0.95 leading to 0.95 lagging at their substation as a condition of grid connection.

Subsequently, California’s ISO launched an initiative for a uniform requirement for asynchronous resources to provide reactive power capability and voltage regulation. In March last year these proposals were approved by FERC.

Fortuitously, the growing need for more flexible grid voltage stability services has coincided with developments in solid-state power electronics.  SVC requirements may be met using, for example, power electronics or fixed and switched capacitors. However, with the emergence of Flexible AC Transmission Systems (FACTS) there has been a steady move towards power electronics-based power architecture solutions to control power flows and improve transient stability on power grids.

The static synchronous compensator (STATCOM) is one such development and is emerging as the state-of-the-art dynamic shunt compensator for reactive power control in transmission and distribution systems.

Because of its topology the STATCOM is practically independent from the given grid conditions. If the network impedances, short circuit level and existing harmonics in the grid will change over the time – as is likely – the STATCOM will still be suitable to support the grid without modifications.

Siemens’ advanced STATCOM technology, SVC PLUS®, is based on Modular Multilevel Converter (MMC) architecture. It uses Voltage-Sourced Converters (VSCs) to provide a near perfect sinusoidal waveform and generate significant capacitive or inductive output current independent of the AC system voltage – modulating the required voltage with a leading or lagging wave form. It is designed to rapidly inject significant inductive or capacitive power to provide improved dynamic stability of transmission systems and reduce the risk of voltage collapse.

A MMC design allows for low switching frequencies, which reduces system losses and provides a high degree of flexibility in converter design and station layout. And, thanks to their harmonic performance, there is no need for harmonic filtering. Indeed, MMC technology allows highly efficient flicker reduction and even active reduction of lower harmonics caused by nonlinear loads. Siemens SVC PLUS® uses relatively few robust and proven components, such as typical AC power transformers, reactors, capacitors and industrial Insulated Gate Bipolar Transistors (IGBTs).

As US wind and solar capacity surges, a number of regional grid operators are testing new market designs which allow renewables and others to participate in balancing, voltage and frequency response markets.

The pilot programme for up to five projects and 50 MW is expected to inform market design efforts that will reflect the changing circumstances. This followed the release of the NYISO Distributed Energy Resource Roadmap with the goal of developing a series of market enhancements to more fully open New York’s wholesale markets to DER and enhance system reliability and resiliency. Those objectives include measures to integrate such resources into NYISO’s Energy, Ancillary Services, and Capacity markets as well as provide avenues for DER to take advantage of economic scheduling and real-time locational prices.

“The DER Roadmap is a step toward building the grid of the future as we transition from the century-old, centralized power system to a diverse, distributed, bi-directional grid,” said NYISO president Brad Jones.

In a report published in August 2017, the US Department of Energy also outlined support for the implementation of pricing mechanisms which value Essential Reliability Services and Bulk Power System resilience.

Although such market and regulatory structures are still evolving, new opportunities for utilities able to supply ancillary services functionality are increasingly evident.

In the UK, for example, the National Grid had previously launched its Enhanced Reactive Power Service (ERPS). Open to all providers with any plant or apparatus able to generate or absorb reactive power, the EPRS is a commercial service designed to complement the existing Obligatory Reactive Power Service (ORPS) as set out in the UK’s grid code.

ERPS provides a route to market for operators with reactive power capabilities but that aren’t necessarily required to provide the ORPS, such as some renewable installations. Procured via six-monthly tenders, the EPRS offers a possible model for other markets and opens alternative revenue streams for utilities with SVC technology. In March this year, the UK’s grid operator followed this up with its Electricity System Operator Forward Plan 2018/19 that sets out its plans for building this capability.

And, while the reactive power market is less mature than either the response or reserve markets, the functionality and flexibility of static VAR compensation technologies like SVC PLUS® represents a growing opportunity for utilities to exploit additional revenue streams as the need for grid stability services grows.

Tobias Tepe is Head of Technical Sales for FACTS and Substations at Siemens and is based in Erlangen, Germany.