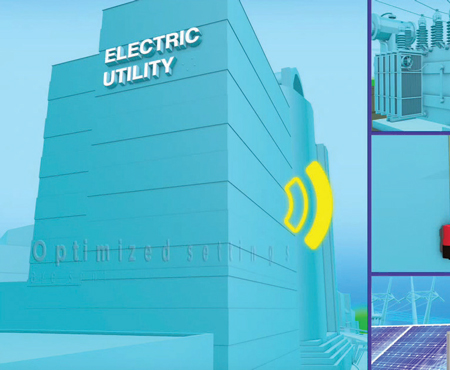 Like a gold mine that is yielding greater bounty the deeper you go, utilities are learning that smart meters have second and third tiers of value beyond manpower savings, energy efficiencies and control benefits. In fact, the next-level benefits may prove more impactful, if far less attention-getting than typical advanced metering infrastructure (AMI) rollouts.

On the next-generation level, volt ampere reactive (VAR) optimization and conservation voltage reduction (CVR) may be where it’s at. Think of it this way: Smart meters helping regulate just how much voltage flows to the end user, keeping it within standard ranges but quietly optimizing that feeder. Some reports, including one by Idaho Power several years ago, contend that CVR can lower voltage by 2-4 percent and attain a 1-3 percent reduction in kWh peak demand.

Over time, this could result in many millions of dollars in savings. And speaking of time, using AMI for volt/VAR optimization (VVO) and CVR isn’t brand new, but it’s certainly in its early stages on the grid historical timeline. Dominion Resources spun off a grid optimization unit named Dominion Voltage Inc. (DVI) in 2012. Richmond, Virginia-based DVI has done pilot projects with utilities around the nation, including in California, Illinois and Ontario, Canada. The Dominion spinoff now has 12 customers and is tapping revenue potential in using AMI to control flow.

“This is the next wave of the smart grid, working on volt/VAR and distribution management systems,” said Todd Headlee, executive director of DVI. “The same type of investments that have been made to automate the transmission side now are being scaled down for the distribution system.”

Other uses for AMI, Headlee added, have included outage management and demand response. This was not the business case originally made when the first AMI rollouts had to win over customers, but nonetheless they are finding more to do with it. “Smart Grid 1.0 was focused on meters-to-cash functions. Now it’s helping the grid heal itself and be more resilient and efficient.”

Gaining the Edge on Potential

Grid automation commandeers the next era for AMI, although the front and second line remain focused on meters to cash and outage management battles. Just as generals intently study maps to decide points of attack or defense, distribution system engineers and other grid planners must know whether their geographic information systems (GIS) are correctly on target. Enter AMI.

“I have a couple of clients doing a lot of grid connectivity model improvements,” said Jeff Buxton, executive consultant with Kansas-based global engineering firm Black & Veatch. For example, the customer’s GIS sometimes acts as if it “knows every point…but it’s really not that accurate sometimes.

“So they’ll use outage alarms from AMI end points (looking at circuits)…which one is not assigned to that transformer that should be? Which ones did they not hear from but should have?”

“Quite honestly, it’s all about the analytics,” he said. 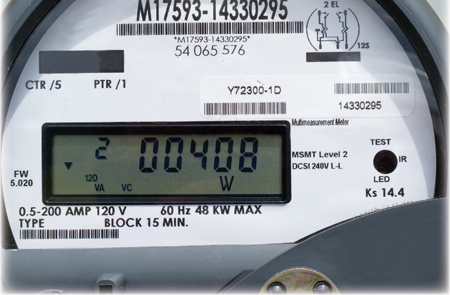 FPL says that its improved fault map radically reduced the fault map generation process from three days to less than seven minutes. All in all, the Florida utility estimated that it’s saved close to $46 million from the smart grid programs and improved service reliability by about 25 percent.

The city of Ekurhuleni, South Africa, commissioned a project this past summer that used existing automatic meter reading (AMR) infrastructure to strategically manage outages. This means the city no longer has to await an outage’s arrival and be forced to react. It leveraged its 9,000 AMR meters and installed new general packet radio service modems at strategic points on the grid. 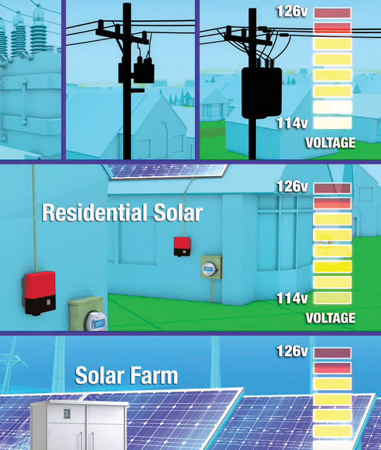 The resulting meter data management system records outage notifications and routes that info to the city’s GIS system and electricity control center. The control center then dispatches a response team to the source of the indicated outage in a much improved time period.

Dealing with the Swags and Swells of DER

Outage management makes a solid claim to be the second link in the smart-meter value chain. Black & Veatch’s Buxton predicted, however, that AMI use for CVR and volt/VAR optimization will expand its presence for a variety of important reasons. First, voltage regulation and CVR has energy efficiency and demand response impacts. Furthermore, the more that renewable resources are deployed on the edge of the grid, the more the grid operator needs voltage control mechanisms to offset the variance involved with sunlight and wind as power generators.

Utilities that develop large-scale distributed resources such as solar and wind power farms can plan to integrate those impacts on the grid accordingly.

“To maintain and optimize the grid, you definitely need AMI inputs, primarily on voltage issues, to understand how those distributed resources are changing the makeup of the grid,” Buxton said.

The AMI deployment for these second and third generation purposes really depends on regional needs and regulatory challenges, he said. Smart meters for voltage control tend to be used for more traditional engineering and reliability reasons in parts of the country that are not under pressure to reduce capacity or sharpen efficiency programs. On the other end, those states hard-pressed to develop cleaner energy-such as New York, Iowa and California-either under their own volition or by the potential unfolding of the regulatory edicts such as the Clean Power Plan, must investigate the AMI service in CVR.

“Most AMI systems can provide instantaneous voltage, voltage profiles and/or voltage threshold alarms for voltage swags and voltage swells, which can be traced by bellwether meters at the end of feeders,” Buxton said. “This data can be used for planning and analysis or as part of a feedback loop in either VVO or CVR applications.”

The Needs of the Next Generation

The next generation also placates many end users who might be a little disappointed at the relatively little bang they got their bucks on the first wave of AMI services. DVI’s Headley pointed out that some of its customers were disappointed at not realizing benefits that were promised from the initial smart meter payoff.

“There was a backlash,” Headlee said. However, one of DVI’s projects delivered up to a four percent reduction in voltage service. Many home devices run more efficiently at a lower voltage. This, in turn, resulted in utility bills that were 2-4 percent cheaper over the long run.

Surely AMI isn’t achieving all of this on its own. The grid is full of cutting-edge sensor technology and other high-speed tools along the transmission and distribution networks. Synchrophasors provide data 100 times faster than historical, conventional ways of identifying system instabilities such as frequency and voltage oscillations, according to the U.S. Department of Energy’s smart grid report to Congress in 2014.

But there’s no doubt that volt/VAR control and CVR offer huge efficiency benefits from the substation to customer meters. Smart meters are ready and able to connect into that relationship if and when needed, say many experts. Of course, AMI cannot achieve this alone; capacitor bank monitoring is a must, among other things.

Companies such as Eaton, Cooper Industries, Black & Veatch and DVI see the promise in AMI’s next generation of service, be that real-time outage management or voltage control.

“I don’t know if I’d call AMI the next era; it’s been around forever and forever,” Black & Veatch’s Buxton said. “Grid automation is probably the next era for AMI, though.”