S&C Electric Co. has been selected by American Electric Power (AEP) for the utility’s gridSMART Project in Ohio following AEP’s award of $75 million in Department of Energy (DOE) stimulus funding.

The AEP Ohio gridSMART Demonstration Project will be deployed to 110,000 AEP Ohio customers in northeast central Ohio. It will integrate a range of advanced technologies in the distribution grid, utility back office and consumer premises with consumer programs to comprehensively demonstrate smart grid impacts for consumers and the utility.

“We congratulate AEP on this win and are thrilled to be a part of AEP’s gridSMART initiative with our Community Energy Storage System,” said John Estey, S&C’s president and CEO.

S&C’s Community Energy Storage System will be deployed to certain AEP circuits and will provide the utility and its customers with:

S&C’s Community Energy Storage System furthers S&C’s ability to integrate stored energy that will be required to create a true smart grid. Energy storage accounts for $185 million of the $600 million recently awarded by the DOE for Smart Grid Demonstration Projects. These awards will help fund utility-scale energy storage projects that will enhance the reliability and efficiency of the grid, while reducing the need for new electricity plants.

The Importance of Ruggedized Networking Equipment

Today’s power grid environments can benefit greatly from a high-speed network infrastructure. Real-time access to data from a network can improve operational management by tracking efficiency, usage and trends. It can also be used to plan maintenance schedules. As smart grid deployment becomes more widespread, additional data will need to be transferred, captured and processed, leading to an increased need for a high-speed, high-capacity network infrastructure.

Traditional networking equipment, however, is not suited for the challenging environment that power grids pose. Standard commercial grade local area network (LAN) switches are designed for use in climate-controlled data centers and wiring closets; they can’t withstand the wide temperature swings, humidity, vibration and electromagnetic interference from power transfer and generation equipment.

Today, a new breed of industrial grade networking products is available, specifically designed to withstand a power grid’s extremely rugged conditions—regardless of outdoor or indoor location. There are several reasons why it is important to use ruggedized networking products when planning network installations.

The key reason is reliability. Keeping the network up and running at all times is vital for a power grid to run effectively and produce energy—any network downtime could lead to service interruptions and lost revenue. Not only are ruggedized networking products designed, tested and built for the harshest environments, they have built-in redundancy to help ensure maximum uptime. For example, in commercial-grade switches, the power supply is a single point of failure; these switches use low-cost, wall mounted AC-DC power supplies plugged into a standard wall receptacle. An industrial switch has two independent power supply connections, hard wired to the DC power bus and a backup power system to eliminate failure.

Additionally, the temperature rating of an electronic device directly affects its reliability. Temperatures in power grids can vary from extremely hot in the summer to frigidly cold in the winter, depending on location. Some manufacturers design their electronics to operate at a certain temperature, disregarding power consumption. When asked for a higher temperature rating, they simply select and test boards for performance properties that will extend the life in higher temperature environments and sell devices as high temperature rated devices. This is why specifiers and purchasers must be sure that the switches they purchase are designed for low power consumption and the wide range of temperatures their network will encounter. A rugged industrial switch should be designed to withstand temperatures ranging from -40 C to at least 75 C (and in some cases up to 85 C) without the use of fans or external cooling devices.

It is also important that industrial-grade switches support multiple fiber optic cable types. Some industrial switches support multi-mode fiber (MMF) or single-mode fiber (SMF). MMF provides high-bandwidth at medium distances (4km) while SMF is used for distances from 20 to 60 km. The ideal switch will support both MMF and SMF in one product, providing maximum flexibility.

Furthermore, it’s important for industrial switches to be ready to use “out of the box,” requiring little or no configuration work before deployment. Some switches have plug-and-play capabilities that immediately detect the network.

Finally, industrial networking products should include enterprise-class features in addition to rugged characteristics. These features allow the operator to monitor and managed the uptime, performance and traffic patterns of an Ethernet switch to ensure optimal use of both the network and the power grid. The integration of ruggedized characteristics with enterprise-class functionality provides the best of both worlds—combining the reliability to withstand harsh power grid environments with the advanced features common to commercial-grade networking products.

Deploying an industrial-grade network has many advantages. Specially designed, rugged networks can seamlessly handle the extreme conditions encountered in today’s power grid and the future’s smart grid environment. This will provide maximum network uptime throughout the year.

Killian is director of the connectivity division at Sixnet.

IEEE, the world’s leading professional association for the advancement of technology, announced that work is underway for the formal recognition of Distributed Network Protocol (DNP3) as an IEEE standard. Designated as IEEE P1815, the standard will promote interoperability across hundreds of operational systems with thousands of installed devices, as well as strengthen security protocols while maintaining compatibility with existing object models. IEEE P1815 is intended for industry-wide use in the electric utility, energy and water industries, in smart grid applications and for high-integrity general purpose supervisory control and data acquisition (SCADA) applications.

A multi-layered protocol, DNP3 is a robust and flexible methodology for optimizing data transmission between mission-critical devices in process automation settings. Most commonly found as an essential component in SCADA systems, DNP3 facilitates communications between acquisition devices and control equipment. Originally based upon standards set by the International Electrotechnical Commission (IEC) Technical Committee 57, Working Group 03, and further developed and maintained by the DNP3 Users Group, the protocol has been adapted to address new technologies and developments. Its proposed ratification and publication as IEEE P1815 ensures the protocol’s continued expansion, evolution, and longevity, while providing new avenues of resources, support and technical expertise from within the organization.

“DNP3 has proven to be a powerful and effective tool for streamlining and optimizing communications transmissions between central control systems and remote devices, thanks to exceptional, forward-thinking stewardship by the IEC and DNP3 Users Group,” said H. Lee Smith, DNP Users Group’s president. “As we build and expand upon the firm foundation already laid, we expect IEEE P1815 to continue its successful trajectory, finding new and deeper relevance across a host of applications and industries.”

IEEE P1815 received Project Authorization Request (PAR) approval from IEEE’s Standards Board in early December 2009, greenlighting the project for further development. Led by the IEEE P1815 Work Group (WG), the standard’s continued development and expansion will be performed in collaboration with the DNP3 Users Group. The IEEE P1815 WG will evaluate proposed features and additions, integration of existing and emerging communications architectures, and increasing levels of interoperability between operational networks and device types. The joint IEEE P1815 WG/DNP team has also been tasked with preserving backwards compatibility to the devices already in service and creating data profiles in formats that can be mapped to IEC 61850 object models. 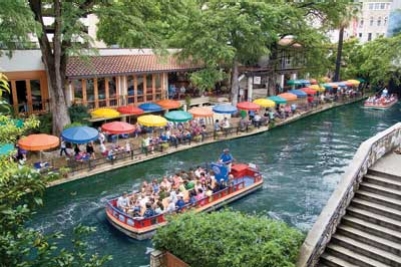 STMicroelectronics, a semiconductor manufacturer, has been chosen by Enel, Italy’s largest power company, to provide the semiconductor components for new electronic power meters destined for distribution in Spain. The power meters are key elements of the new remote management solution to be installed by Endesa, Spain’s largest electricity supplier.

During the next six years, Endesa will replace more than 13 million traditional electricity meters, installed in its customers’ houses, with the new generation of Enel smart meters. The new system is the result of the combined expertise of Endesa and Enel, its parent company, which together form the second-largest group in the European energy market. Enel has already successfully implemented a similar remote-management system, also using chips from ST, to serve more than 35 million customers in Italy.

“Enel, Endesa and ST have made great strides in this important project,” said Carmelo Papa, ST’s Industrial and Multisegment Sector’s executive vice president and general manager. “By applying ST’s extensive portfolio and know-how, Endesa will use intelligent power metering to reduce the cost to the consumer while simultaneously increasing the efficiency of the electricity supply industry, thereby reducing Spain’s carbon footprint.”

ST will provide a complete smart-metering solution that includes a powerline communication System-on-Chip (ST758x), which is the heart of the system, a 32-bit microcontroller (STM32), and a power-supply device, as well as MOSFET and EEPROM memory devices, as the basis of the new electronic power meter for Endesa.

Moreover, as announced by Enel, the powerline communication protocol (SITRED), applied in this new generation of remote meter management solutions, will be open to the market. In this way, the Enel Group will make available to all stakeholders, the first and unique remote meter-management solution, reliable and proven on more than 50 million meters worldwide. This is a fundamental and tangible step towards the standardization process launched by the European community towards smart grid development. 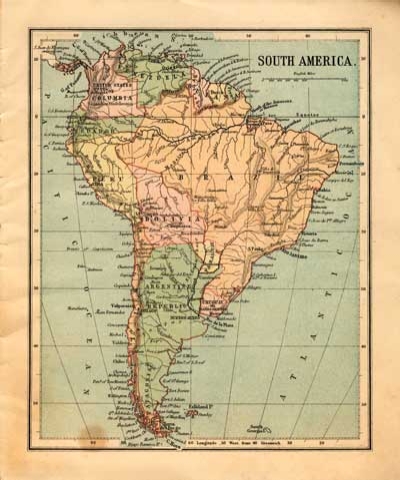 The initial contract with the utility provides for deployment of the TWACS technology to five substations and 14,500 customers, with a provision for doubling the installation size without additional approval. EMCALI management has stated its plan is to reach as much as 25 percent of its grid by the end of 2011, and the utility has earmarked the project’s funding in its three-year budgeting plan.

As a long-term partner with the utility, Aclara will assist EMCALI, which serves 550,000 electric and 440,000 water customers in Santiago de Cali. The initiatives include improving the utility’s operating processes, enhancing service to users, and facilitating efficient operation of the electricity distribution system. Assuming full deployment, EMCALI will have the largest AMI implementation in South America, offering advanced prepayment services system, providing significant operating cost savings through the reduction of non-technical losses, and employing full AMI capability.